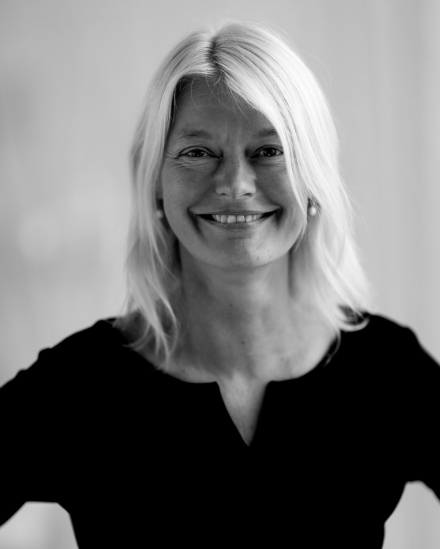 Osuldsen is a Landscape Architect educated at the University of Live Sciences Norway (MLArch), engages in architectural projects from the forming of ideas to development of the building’s shape, choice of materials and details. She works with both small scale projects and large neighbourhood developments, including participation the Tree Hotel in Harads and suggestions for the coming development of the “fire station area” in Luleå.

Jenny B Osuldsen is a partner of Snøhetta, a company based in Oslo and with many international liaisons. As the name suggests, the company specialises in adaptations to cold climates. She is a sought after and frequently booked speaker for events across the globe.

Jenny B Osuldsen was engaged in several projects related to the Winer Olympics in Lillehammer in 1994. During 1993 -94 she had a Fulbright scholarship and an ambassador scholarship from Rotary and studied a Master’s degree in Landscape Architecture in Los Angeles.  In 1995 she started at Snøhetta and since 1999 she is the Section Manager there and she became partner in 2006. In 2006 she was also the Managing Director for the opening and establishment of Snøhetta’s New York office. She has been deeply involved in the company as a designer both in competitions as well as many large and small scale projects. Osuldsen is a Professor of Landscape Architecture at the University of Life Science in Ås, Norway and a Guest Professor at the Ax:son-Johnson Institute of Sustainable Urban Design SUDes at the University of Lund.

As an architect, you have to have fun
Honorary doctor lecture