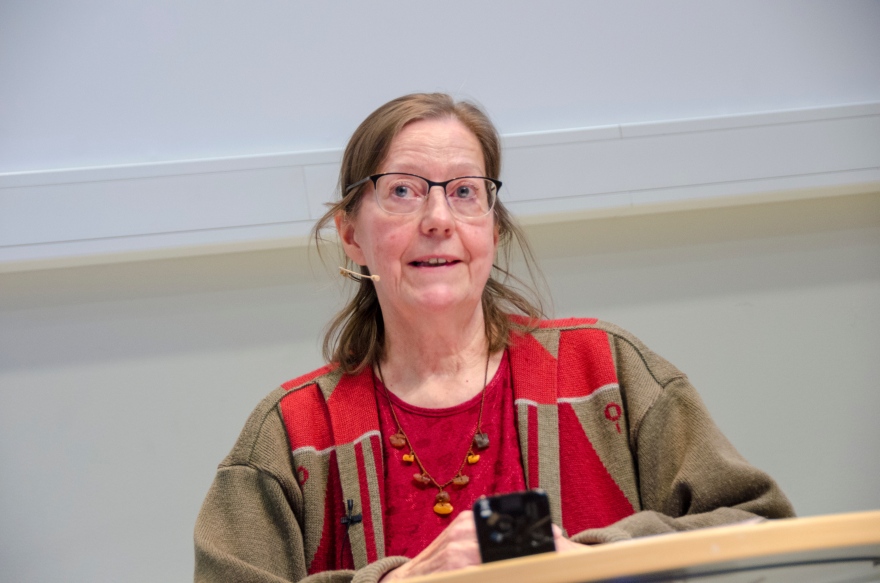 Strong community between the population groups

During the lecture, she took the audience to a bygone, yet close, time when self-household, inventiveness and cooperation dictated the living conditions of the people who inhabited Sweden's northernmost parts. In essence, most were considered poor, but Lilian Ryd's research has shown that newbuilder and nomadic life also included great freedom and a strong community between the different groups in northern Sweden.

– This was a time when it was not ownership and money that guaranteed food for the day, but the supply was created every day through own knowledge and sustainable use of natural resources. Today, we arrange our lives through a variety of choices, described as the height of freedom, but the availability of money is the very foundation and should the source of our income change, we are totally helpless. According to me, it is today we are insecure, rather than people of the past, said Lilian Ryd and showed three basic principles that underpined the everyday lives of those days.

- The first point is "eat the whole animal". Today, it sounds like we would go down if we do not eat fruit and vegetables daily but it can not be true because in that case there would not be Northern European people. At the Stone Age there were no banana boats or lorries with oranges. The second point was "do one thing at a time", which meant that you could work long days without holidays and long weekends. Finally, "rest day". At that time, you were strictly at peace on Sundays and allowed yourself to do nothing without a bad conscience.

Lilian Ryd grew up in Vuollerim and studied languages ​​at Uppsala University to later also take a journalist degree. Lilian Ryd's authorship presents a long-term research activity in a previously neglected area - the northernmost parts of Sweden. Her work is often described as good examples of valuable research beyond the traditional academic framework. Her material collection has always been deep interviews with eyewitnesses rather than library cards at university libraries.

A willingness to reach out

– I could have researched the usual way, but I have a strong desire to reach out with the knowledge and doctoral dissertations usually have very few readers. This way of researching has long been badly seen in academic circles, but I feel that it is about to change, and my appointment to honorary doctorate is an example of that. 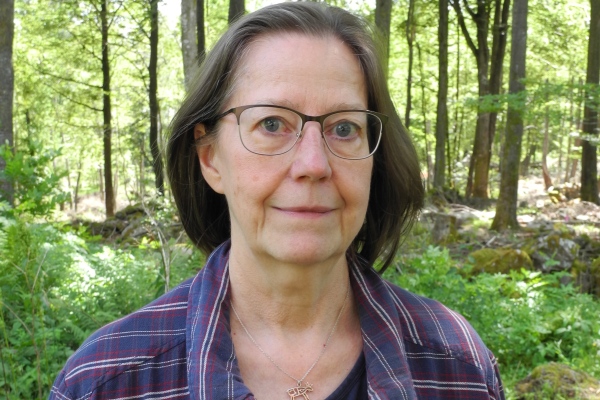 Lilian Ryd is a culture historian and author of, among other works, the book Kvinnor i väglöst land: nybyggarkvinnors liv och arbete (1995) that was awarded serveral prizes.