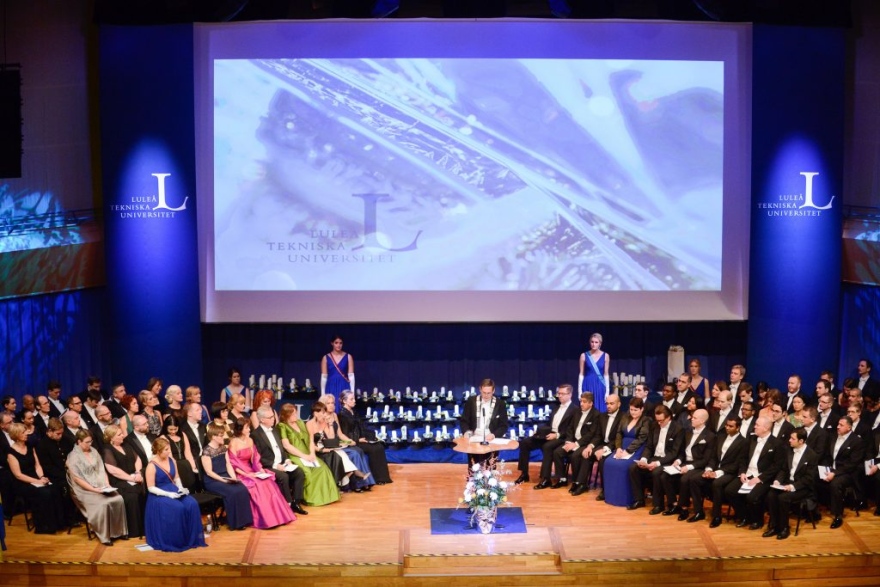 – An organised collaboration between Luleå University of Technology and those who have been appointed as Honorary Doctors or received the Medal of Merit increases the university contact area with businesses, the surrounding society and other research organisations. Simultaneously the new academy will be provided with the opportunity of giving something back, as a kind of thanks for the distinctions received. Furthermore, new possibilities and development within the academy itself will naturally be created, says Leif Östling.

Leif Östling, Chairman of the Confederation of Swedish Enterprises and Honorary Doctor at Luleå University of Technology, has been appointed Chairman of the academy. Photo: Markus Marcetic

The initiators for the Honorary Doctors' Academy are Johan Sterte, Vice Chancellor at Luleå University of Technology, and Leif Östling.

The purpose of the nonprofit association is that members receive updated information about Luleå University of Technology and it’s collaborations with businesses, society and cultural life. The association aims to make it easier for its members to get involved in university activities, such as participating in reference groups and boards to enable connections between the university and the member’s network of contacts or for members to engage in university innovations and spin outs. An initial member meeting was held at Norra Latin in Stockholm, on Thursday, May 11th. At the meeting a board was appointed which apart from Chairman Leif Östling, consists of Deputy Chairmans Elisabeth Nilsson and Per-Erik Lindvall as well as the following board members Rune Andersson, Gunnar Liljedahl, Malin Frenning, Thomas Nilsson  och Kjell Sundvall.