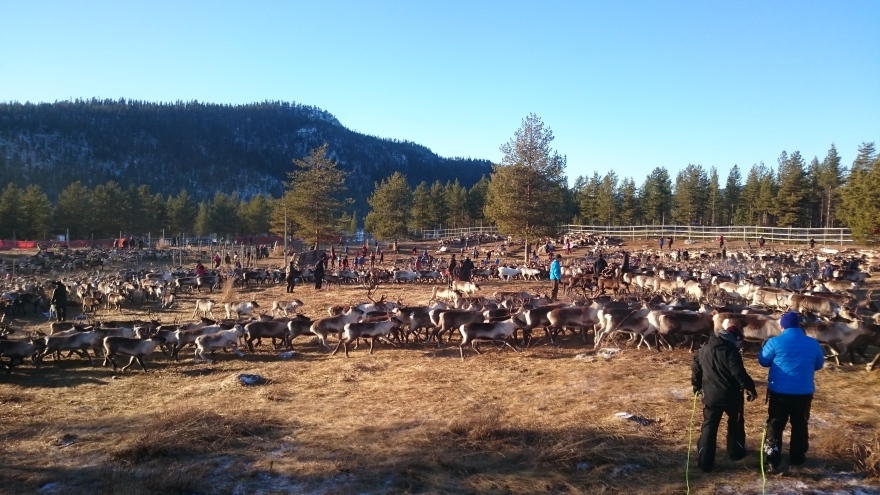 Mine in Aitik. Photo: Lars deWall. 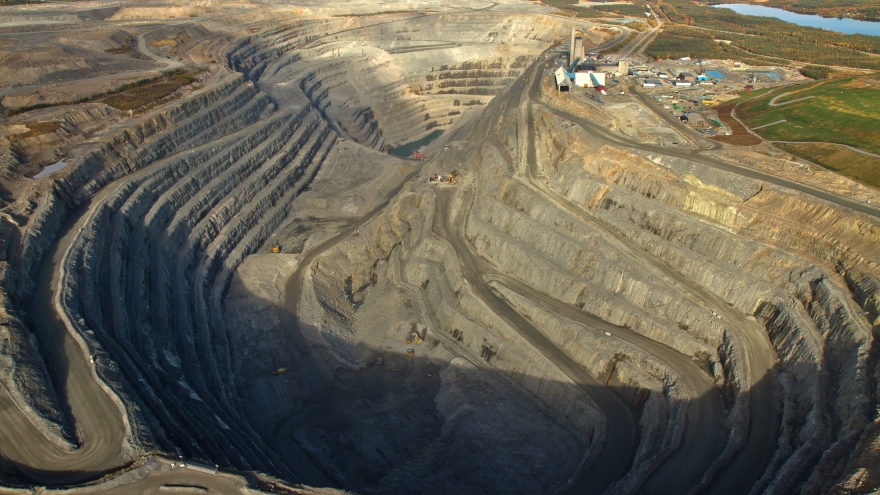 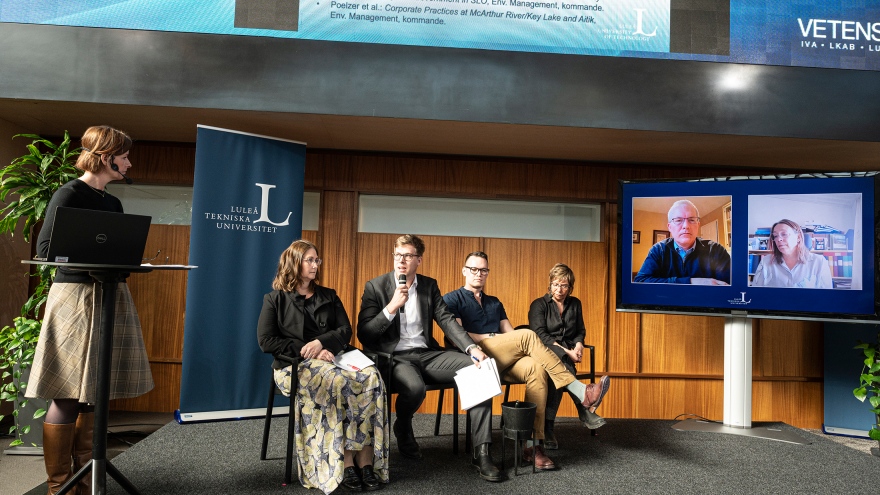 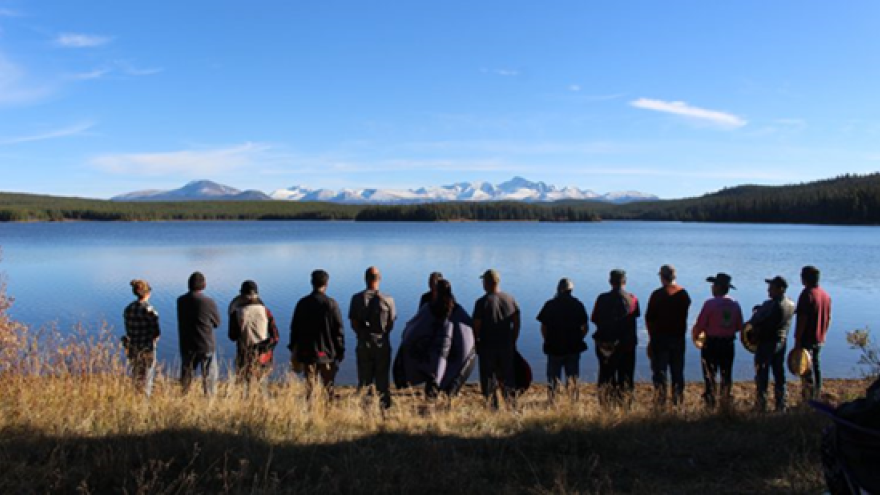 The constitutional protection of indigenous peoples material and procedural rights in connection with companies applying to establish mines in indigenous peoples' regions is stronger in Canada than in Sweden. This is partly due to the fact that the countries have different legal systems. Canada was formerly a British colony and has inherited the common law system from the British Empire, in which constitutional protection is generally stronger than in the Nordic legal tradition.

Another difference is that the autonomy and jurisprudence of the courts plays a more important role in the Canadian legal system than in the Nordic legal tradition, where jurisprudence takes place mainly through legislation. Although so-called prejudicial judgments in the highest courts are important, there are still very few cases where the Supreme Court in Sweden has settled fundamental disputes about reindeer husbandry rights or disputes between Sami villages and mining companies.

“The lack of case law means that the legal situation regarding Sami rights in Sweden is uncertain", says Christina Allard, assistant professor of law and one of the researchers behind the study.

Through a series of rulings by the Canadian Supreme Court, indigenous peoples have been granted a strong procedural right to participate in decisions; the government and authorities have an obligation to consult indigenous peoples' representatives when exploitation takes place on their traditional land and when their rights are threatened (duty to consult). If the indigenous peoples consider that the consultation has been insufficient, they can plead a cause in court.

“This does not mean that indigenous peoples in Canada have a veto, but their rights are far-reaching. The stronger the rights and the greater the intervention in question, the stronger are the demands that the activity is adapted to the circumstances, for the indigenous peoples to receive a share of the profits or for the activities to be stopped", says Christina Allard.

A new law on consultation on issues concerning the Sami people, which entered into force on 1 March 2022, now requires the state and its authorities to consult the Sami Parliament and Sami villages in new permit processes. But since the law is so new, it is not possible to determine what effect it will have.

Gregory A Poelzer is a researcher in political science at Luleå University of Technology. He has studied the well-developed collaborations that exist between companies engaged in mining in Canada and some of the country's indigenous groups. Formalized cooperation agreements between companies, indigenous peoples and the state have existed in Canada for over 40 years. Within the framework of such agreements, representatives of the indigenous groups concerned provide an opportunity to influence both the operation and the design of new mining establishments, among other things by participating in the business strategic development. The content of the agreements varies and regulates, for example, the forms of participation, influence, environmental monitoring, return of income and investments in local development of various kinds. Under certain agreements, the companies undertake to finance training in the locality and guarantee employment of the indigenous group concerned in the company, at all levels.

“The forms of cooperation have laid the foundation for mutual understanding and trust. This has contributed to the companies and the indigenous groups concerned being able to formulate joint visions for the future of the local community. But it has been a long road and it has required active efforts from the state for the collaborations to take place", says Gregory A. Poelzer.

The researchers emphasize that there are major differences between the countries and the cases that have been studied. In some of the cases, the Canadian mines are further away from settlements and do not compete with traditional livelihood to the same extent as in the Swedish cases. But even in Canada, there are cases where competing land use has given rise to difficult conflicts between indigenous peoples and mining companies.

“The location of the mines and the degree of competing land use affect the level of conflict in both countries. But in Canada there are examples where people have gone from conflict to mutually appreciated collaborations and partnerships in a way that we do not see in the Swedish cases", says Karin Beland Lindahl, assistant professor of political science and project manager for the study.

Another important difference is that Canada is a federal state where policies and legislation differ between different provinces. In addition, a variety of indigenous peoples live in Canada, whose culture and traditional way of life differ.

“The indigenous peoples' values, visions and strategies differ to a greater degree in Canada than in Sweden.But overall, the regulations in Canada offer indigenous groups more and greater opportunities to assert their rights and choose their own path in relation to the mining industry", says Karin Beland Lindahl.

There are thus differences between the countries in terms of legal traditions, legislation, corporate culture and the conditions of indigenous peoples.

VIt is not possible to directly import solutions from another country. But you can use experiences from other countries and be inspired by things that work well or seem interesting", says Karin Beland Lindahl.

The cases studied are existing, or planned, mines in Aitik and Kallak / Gállok in Sweden and Prosperity, McArthur River / Key Lake and Diavik in Canada, respectively. The study was conducted in collaboration with researchers from, the University of Saskatchewan and the University of Northern British Columbia in Canada. The results from the study were presented at a symposium at the House of Science in Luleå on April 20, 2022. Link to Brief 1, 2 and case descriptions….

The study was funded by Vinnova through the project "What's in a Social License to Mine?" (No. 2017-02226), which is part of the Innovation Program STRIM (run by Vinnova, Formas and the Swedish Energy Agency)

Brief 2
What’s in a Social License to Mine? Indigenous rights, rules and company-community engagement Learning from Canadian – Swedish comparison