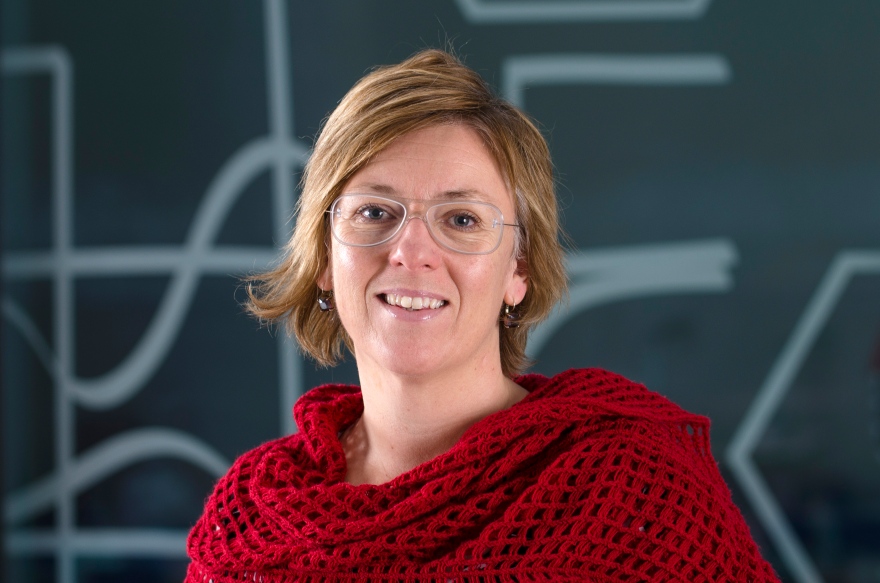 Kristina Söderholm’s career, however, could have taken a completely different turn. In addition to her interest in history she has an interest in music and drama.

“I moved to Stockholm and started studying acting at Calle Flygare Teaterskola but I was not good enough to be an actor. At that time, I felt kind of sad. I began instead to study economic history and political science, which proved to be just right for me.”

The focus of Kristina Söderholm’s research is the environment, energy and natural resources, from a technological history perspective.

“Since the Department of Social Sciences contains topics with the same research focus, I often collaborate with political scientists, economists and legal scholars. In that sense, I am a different type of technology historian, partly because the subject itself is small here in Luleå, and partly because there is much to gain by bringing together several different subjects in research. “

“Questions regarding the environment are not new, even if the questions have changed. My research focus has been on the pulp and paper industry. As early as 1907-08 all cellulose manufacturers were forced to solve the problem of foul smelling soda pulp as well as the fact it was highly polluting. In principle, all waste products, both chemicals and fibers, were released straight into lakes and streams. To deal with the problem all nineteen pulp manufacturers in Sweden joined together. They hired a professor of chemistry who would focus on both the odor and emissions to water. They did not talk about airborne emissions at this time, it was the odor that was considered the problem.”

The background of this cooperation was that the owners of fishing rights along the shores of Lake Hjälmaren, as well as doctors and the health board in Örebro city, with the support of contemporary “environmental regulations” such as the 1874 health care ordinance and the 1880 water regulations, criticized the emission of odors and polluted water from the paper mill in Örebro.

“Emissions were considered a threat to human health and the fishing in Lake Hjälmaren. The issue went all the way up to the Supreme Administrative Court, and in 1911 the company was forced to build northern Europe’s highest chimney to deal with the odor and as many as eight sedimentation ponds to purify the water. “

In the wake of the judgment it was agreed by the companies that they alone would not meet the costs.

“What I find interesting is that these companies realized they must work together to survive. And this approach existed throughout the 1900s in the Swedish pulp and paper industry. When the Environmental Protection Act came into force in the 1960s, the forestry industry had extensive experience in this area, and they became the initiators of broader environmental efforts within the Swedish National Federation of Industry.”

The government at the time saw the value of an independent environmental agency, and in cooperation with the Swedish National Federation of Industry created the Swedish Environmental Research Institute (IVL) in 1966. Since IVL was funded by both the state and the companies, the institute was legitimized as an independent actor that both sides listened to in the early modern Swedish environmental work.

“Because there was no environmental research at universities or other actors that drove these issues, the Swedish government and industry developed a unique model of cooperation in the environmental field. We can draw many lessons from this successful environmental work for today’s challenges in the area.”

In the 1970s and 1980s the Swedish pulp and paper industry continued its environmental adaptation process. One issue that was worked particularly hard on was the chlorinated emissions from the bleaching process, especially since those in the mid-1980s proved to contribute to the formation of dioxins, which are among the most toxic substances known to man.

“In just a few years the use of chlorine was reduced dramatically in the bleaching process at Swedish pulp mills, and in 1990 Aspa Bruk manufactured the first totally chlorine-free paper.”

One goal of Christina Söderholm’s research is that she would like to make suggestions for changes.

“I would love to make policy implications from my research findings. I am of course happy that my research will be used in both political and other processes. It would be foolish not to learn from history of successful projects,” concludes Kristina Söderholm.