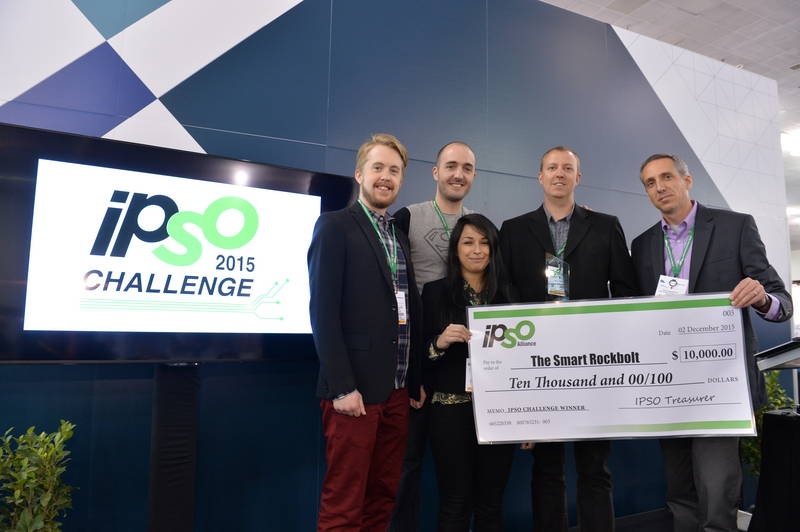 - It is a huge honor receiving this Prize, and we came in first place with the participating companies, which feels fantastic. This will support the development of next-generation prototype that we are working to transform a traditional and global mining industry, says Jens Eliasson, researcher and assistant professor in EISLAB at Luleå University of Technology

In mines, standard iron bolts to stabilize the voids in rock and annually installed about 100 million bolts around the world. But the usual bolts could break during seismic activity caused by the tension holder or tremors, losing its bearing capacity. Until now there has been no technology that could provide warnings.

The researchers from Luleå University of Technology in cooperation with the company, has developed an intelligent rock bolt, fitted with the Internet of Things (IoT) technologies. With sensors and wireless communications in the bolts several different parameters are monitored and this innovation has now taken home the most prestigious award in IPSO Challenge.

It is the third year that IPSO Challenge awarded and the winners from Lulea competed in the semi-final against 10 other international entries. But in the final was the Luleå University of Technology and the companies that won out and received a cash prize of 10,000 US dollars.

- We look forward to following these companies and researchers' success with their continued innovation when they reach the market, says Nicholas Ashworth, vice president of IPSO Challenge 2015th

In addition to researchers from Luleå University also Eistec, GrepIT, Malmfälten AB and Gluetech been involved in the development of the bolt.

EISLAB at Luleå University of Technology