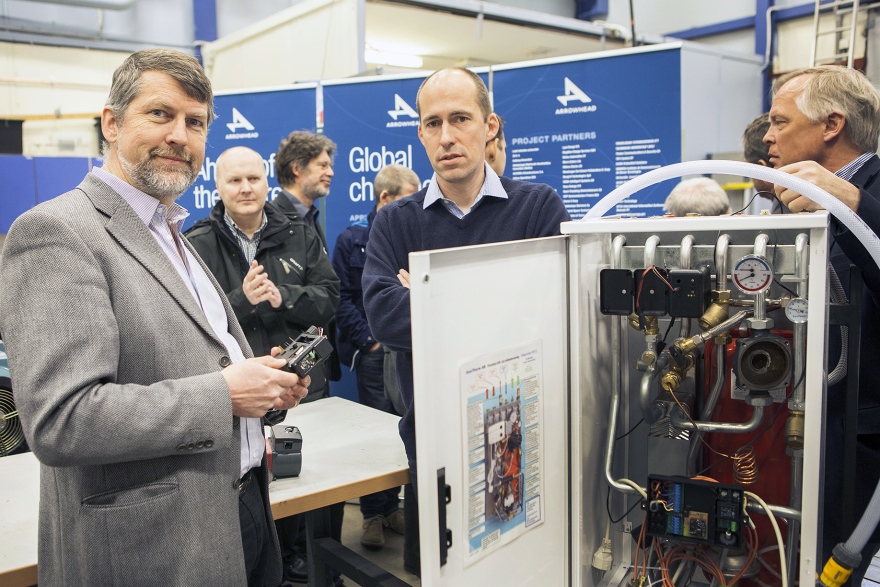 Arrowhead will demonstrate, through the development of advanced techniques, how technological entities can collaborate independently in order to optimise energy use, thus increasing industry's competitive advantages and helping the environment. This takes place within the manufacturing and processing industry, energy generation, electrical mobility (electric cars) and smart cities (traffic lights).

The budget is EUR 68 million.

"In the future there will be billions of connected entities in the world. Arrowhead's purpose is to develop modern technology to enable these entities to communicate and automatically exchange services with one another. This will help reduce society's energy and water consumption, and its negative effects on the environment. The core of our technology must be so simple that the same technology works in completely different entities", says Jerker Delsing, professor at Luleå University of Technology and project coordinator.

Industrial manufacturing may, through Arrowhead, become more flexible and efficient, without impacting the environment. When different technological systems are able to automate their cooperation on different levels and take into account several parameters to optimise energy use based on the price of energy and the environmental impact, production will become cheaper.

When the elevator asks the property for permission to borrow energy

One of the demonstrations, which Arrowhead has been discussing for the future, is to cut the energy use of Europe's 4.5 million lifts in half. Together they consume 16-17 GWh per year.

"A 'smart lift' can be used as a generator. Because the lift can independently communicate with the building or nearby charging stations for electric cars, lifts are able to borrow electricity in the morning. At the end of the work-day, the lift can function as a generator, while it is carrying all the people down to ground level, by converting kinetic energy to electrical energy. Electricity from the lift is automatically transmitted back to the building's ventilation, cooling and heating systems and to electric cars, which get recharged", says Jerker Delsing.

Europe is currently at the forefront of automation. Over 20 large industrial companies within the field of automation, including Schneider, Metso, Thales, Acciona, SKF and Honeywell, are involved in Arrowhead. In addition, over 30 small and medium sized companies are involved, as well as more than 20 research institutes and universities from around Europe.

The project will take place over four years and will to a great extent be based on public demonstrations. 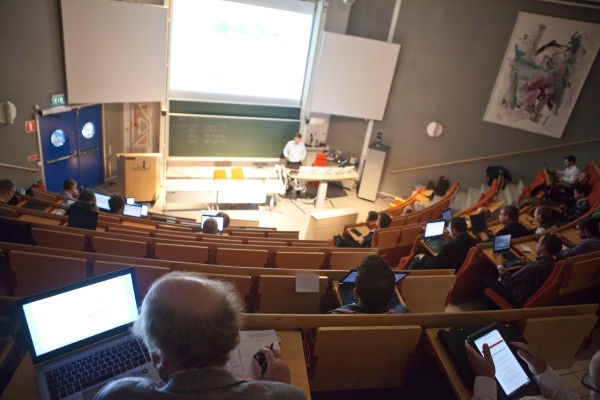 The Arrowhead project coordinated by Luleå University of Technology is making progress. Recently partners from the European project met to discuss solutions and new technologies for the automation industry. 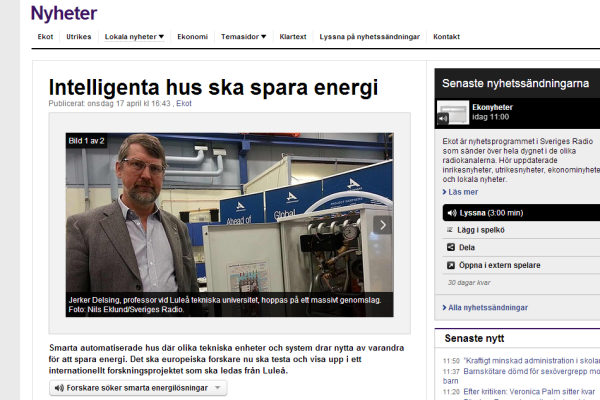 Automation Project Arrowhead has attracted media attention both locally and internationally recently. At the same time the first kick-off was held for one of the twelve work packages in the project, WP10, where researchers and participants gathered at Luleå University and discussed the implementation.