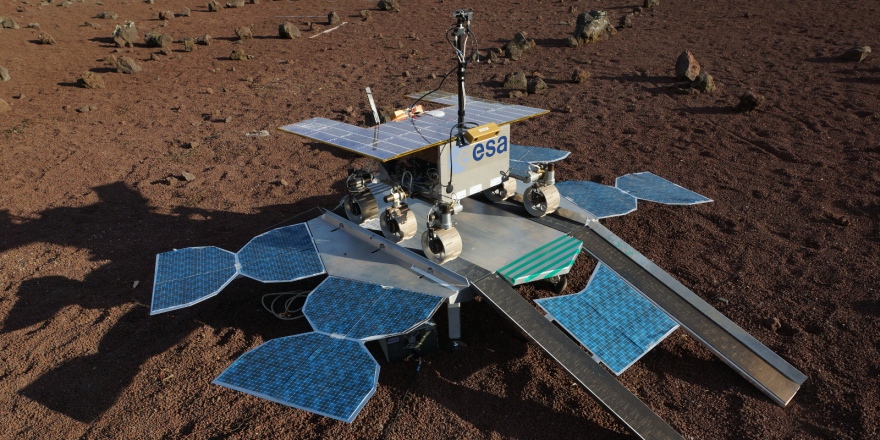 A model of the platform and the rover that will be sent to Mars in 2020. The instrument from Luleå University of Technology, HABIT, is now installed on the platform. Credit: European Space Agency View original picture , opens in new tab/window

HABIT is going to Mars with ExoMars 2020, a mission coordinated by the European Space Agency (ESA) and the Russian Space Agency (Roscosmos). It is a rover called Rosalind Franklin, and a platform called Kazachok, that will be sent to Mars, the rover will move around the planet while the platform, on which HABIT is attached, will stand still. The platform has 13 instruments that in various ways will monitor and collect data from the landing site on Mars’ surface.

– It is fantastic for Luleå University of Technology in general, and the research group in Atmospheric Science in particular, to be able to participate in such a project. We are proud to be Sweden's Space University, says Jonas Ekman, head of the Department of Computer Science, Electrical and Space Engineering and project leader of the research area S​pace at Luleå University of Technology.

The purpose of HABIT (Habitability Brine Irradiation and Temperature) is to monitor the formation of brines on Mars, and it will be a demonstrator of a technology to produce liquid water on Mars for future Mars exploration. Among other things, the instrument consists vessels filled with salts, salts that will capture water from Mars' atmosphere.

– HABIT is a unique instrument. It will be the first European In-Situ Resource Utilization to operate in another planet, and the first Swedish instrument to operate on Mars, says Javier Martín-Torres, Professor of Atmospheric Science and Principal Investigator of the HABIT instrument.

– The team is very excited. We had to face many difficulties during the last years and now it is very rewarding to see that HABIT is installed on the platform. Not only that, HABIT has also passed the tests of functionality. In any case, our work is not finished yet, before launch we still need to work on the calibration of some of the sensors in HABIT.

The installation of HABIT was done at Thales Alenia Space in France. In May, the platform will relocate to the Baikonur Cosmodrome in Kazakhstan for further preparation. The launch is scheduled for the end of this summer.