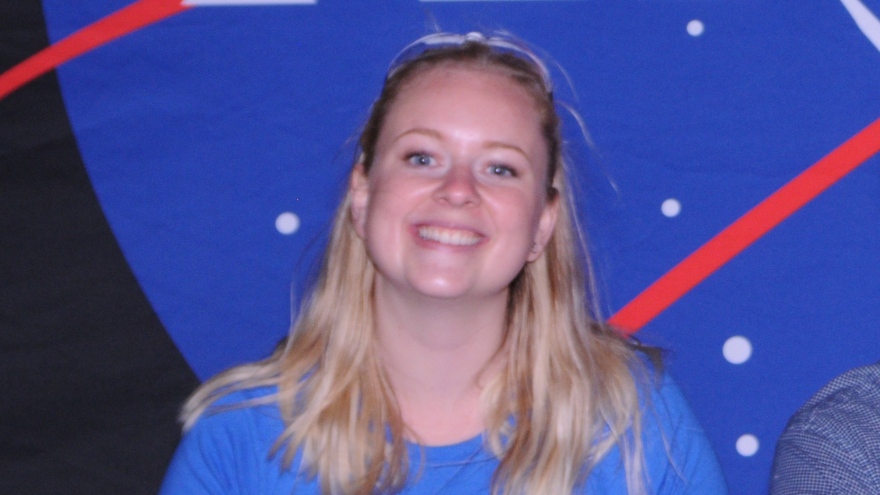 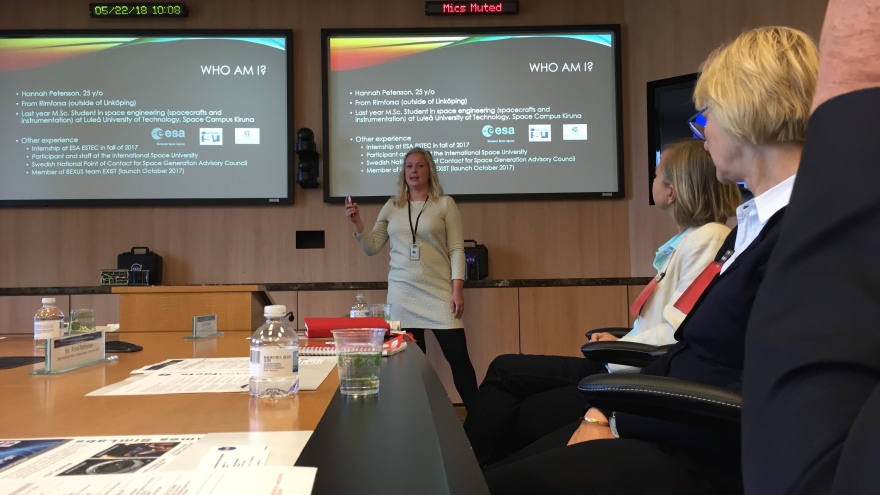 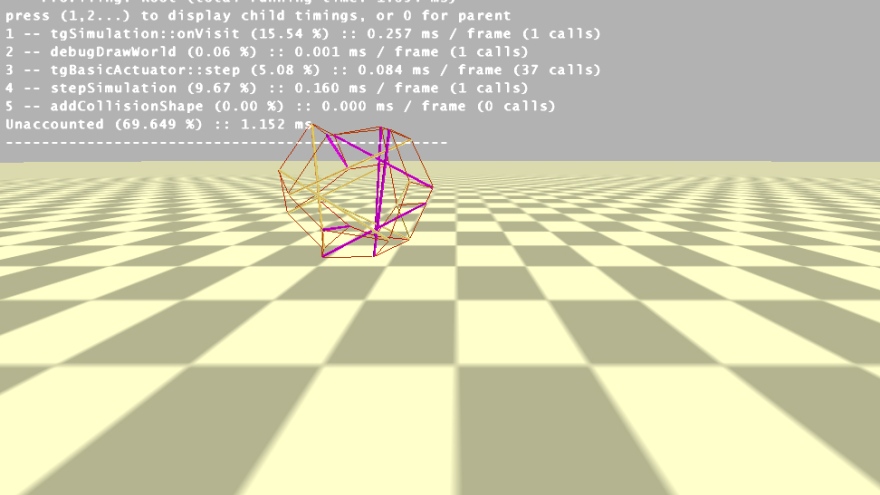 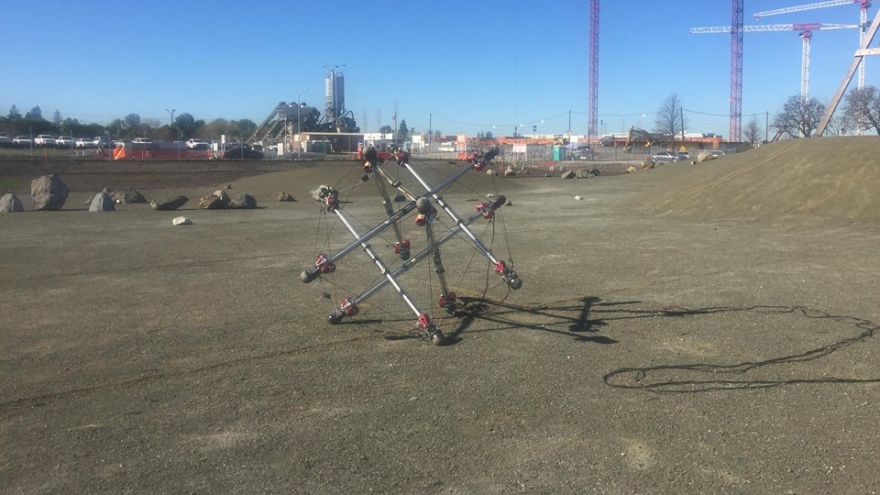 Hannah Petersson is a trainee at the Intelligent Robotics Group, the NASA department responsible for research within the realm of navigation and robotics. For example, the robot Astrobee is developed at that department, an autonomous robot that will eventually be used on the International Space Station, ISS.

Hannah Petersson's master thesis also relates to robotics. At a conceptual level – that is, the aim is set for future space missions – she works with so-called tensegrity robots.

– It's a new type of robotic rover that is extremely shock resistant and capable of being released from high altitude. It can also move around in difficult terrain. My job is to use artificial intelligence to find the most effective motion pattern for the robot. I'm working on simulations in a program called NASA Tensegrity Robotics Toolkit and I do programming in C ++, says Hannah Petersson.

– It's great to be a part of doing things that have never been done before. Things that might be an obvious part of future space missions, for example to Mars or any of the moons of the solar system.

Since NASA is a spectacular institution, how does it feel to be there?

– Good! My mom told me that I already as an eight-year-old said that I wanted to work at NASA, so it's a dream come true. Well, no one thought that I would actually be able to get here, but I did! In addition to really enjoying my workgroup and my duties, it is of course a very cool environment to work in with exciting projects wherever you go. The other day, for example, we were visiting NASA's quantum computer, it was really awesome!

Tell me what's a typical day at work?

– A typical day begins with coffee. If that fails, the day can be eliminated directly ... Together with the others who also work with tensegrity, I'm in a lab and programming. In total, we are around eight people in the lab and sometimes everyone is involved in discussions about everything from space to something fun on Youtube. Since my primary goal of the thesis is about simulation, I am mostly in front of the computer. I have been involved in some other projects as well. Yesterday, for example, we were teaching school students how to build tensegrity robots. It was really fun!

What do you hope to learn from the time at NASA?

– As much as I can! It is such an exciting and interesting place. The most important thing I want to learn is to improve my technical self-confidence – the more you work with things, the more you'll learn of course. It would be nice to get rid of the worst insecurity before I start working.

And it's relatively soon that Hannah Petersson will meet working life. Exactly what or where she will work is still unknown.

– Preferably, I want to work with software or as a system engineer on a satellite or similar. However, I will continue my assignment as a Swedish contact for the Space Generation Advisory Council, an organization working with space issues in the UN.

Hannah Petersson got the internship at NASA in fierce competition through an application via the Swedish National Space Board.