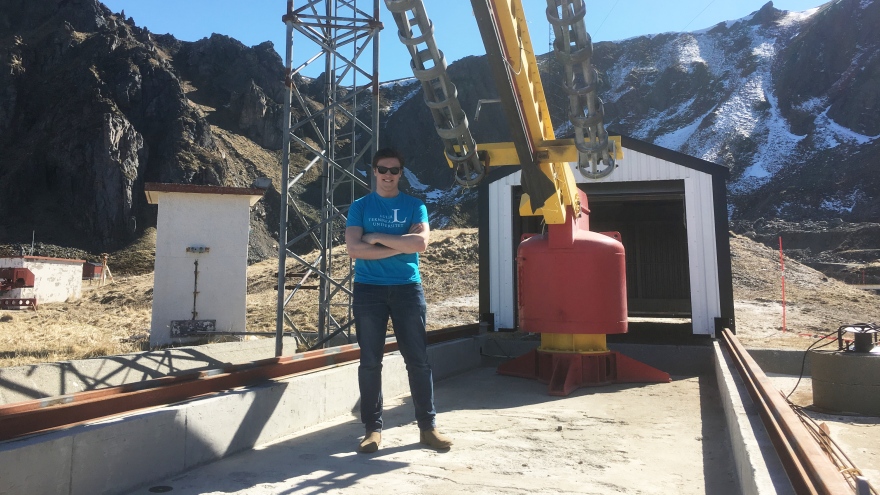 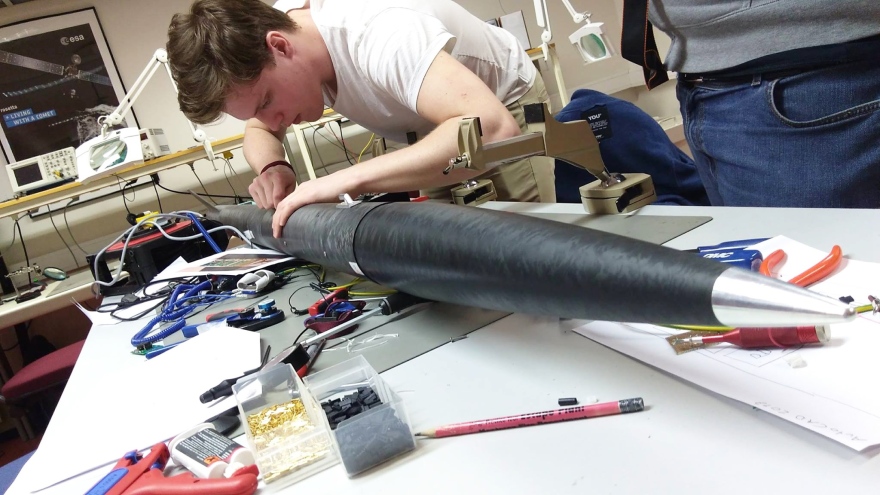 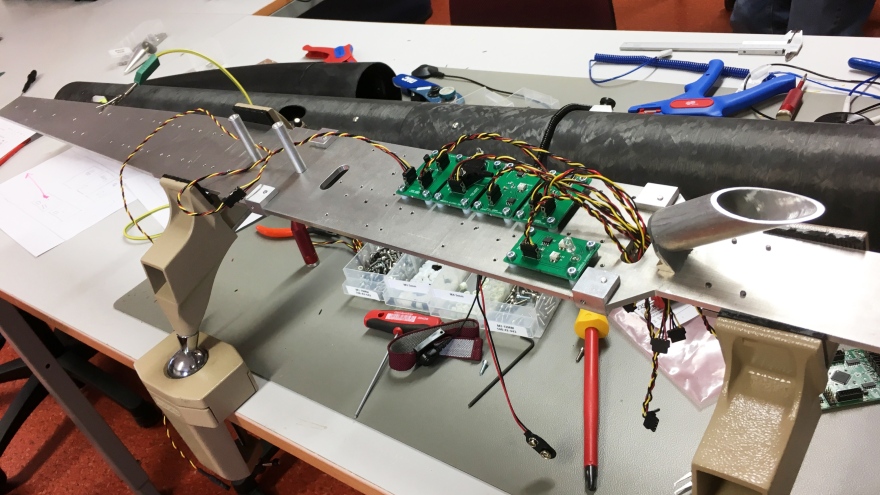 Joakim Rosenqvist, a Space Engineering student at Luleå University of Technology, was accepted to Fly a Rocket!, a program led by the European Space Agency, ESA, last year. The first part of the program consisted of an online course.

– During the course we received two tasks. One in the subject of rocket physics, for example how a rocket gets to a certain orbit and how much power and fuel is needed to accomplish that. The other subject was orbit and rigid body mechanics, says Joakim Rosenqvist.

– The tasks were very difficult. Rather than getting the answers right, focus was on learning.

Responsible for the payload

By the end of March it was time for the launch of a sounding rocket and all students met at Andoya Space Center in Norway. During the first two days, the 20 participants got round trips on the rocket base and got to listen to lectures with space researchers. Day three it was time to step into the workshop and start working on the rocket. The students were divided into five groups with different responsibilities: the telemetry team that manages the communication with the rocket, the physics group that calculates the flight path and the landing site, the rocket physics group, the experiment group responsible for interpreting data from the rocket and finally the payload group, to which Joakim Rosenqvist belonged.

– In addition, I was appointed payload manager and was given a little extra responsibility. Our job was to fix everything that had to do with the payload, for exemple make the sensors, tie cables and calibrate the sensors, says Joakim Rosenqvist.

As a payload manager, it was Joakim Rosenqvist's task to press the button that enabled all systems on the rocket just prior to launch.

– I had to sit in a bunker right next to the rocket when it launched. Once I pressed the button there was no return – it was such a cool feeling.

Patience for the space industry

But just like in the real space industry, rocket launches are seldom happening as planned. The launch was cancelled due to high hurricane winds and the rocket was instead launched by staff at the rocket base at the end of May.

– We learned that this is what the rocket industry looks like – you have to be patient. It does not always work out as you please.

What is the most important thing you learned from participating in the program?

– It has been a lot of fun and the absolute greatest lesson I've learned has been how the space industry works. The programme has kept me very busy but it is an experience well worth the effort. I have also learned that some important features are required; you must be patient and motivated.