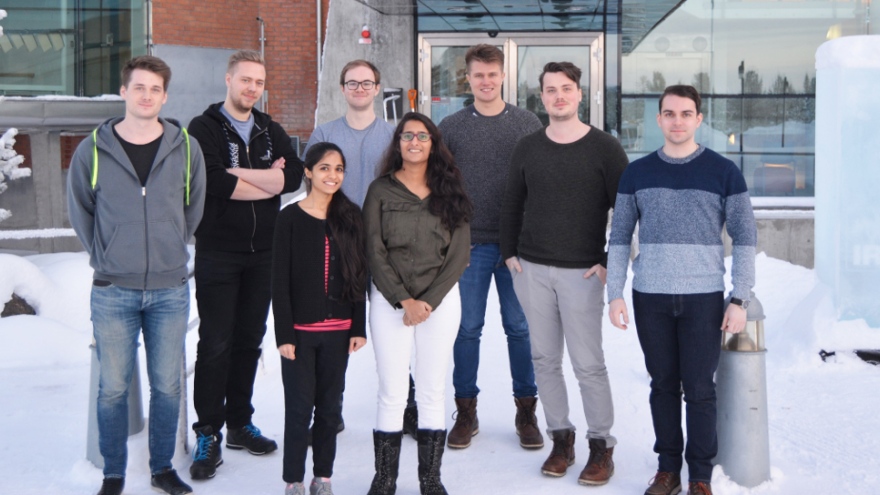 The eight students in the project team are studying at the Master Programme in Space Engineering, the Master Programme in Space Science and Technology and theMaster Programme in Spacecraft Design and represent three countries, Sweden, India and Australia. As part of the international student project PERSEUS (Projet Etudiant de Recherche Spatiale Européen Universitaire et Scientifique), the group at Space Campus in Kiruna has worked with the PASTA (Positioning and Attitude System for Tracking and Analysis) instrument. The experiment is already integrated into the SERA-IV sounding rocket that is expected to be launched this autumn.

PASTA is a GPS-based system built to track the position of a sounding rocket and its movement in the air.

– The experiment is a continuation of the VISTA (Vibration Inherent System for Tracking and Analysis) experiment flying on the previous rocket SERA III, says Erik Andersson, one of the students in the project team.

– We have added functionality to the previous experiment: tracking the rocket's movements as well as improving position tracking by making real-time calculations of GPS coordinates. PASTA's improved real-time tracking could theoretically also be used by other systems aboard the rocket, for example to activate their experiments instead of using timers or barometers.

The work on the experiment began in autumn 2017. Working in projects with other students is a really good experience, according to Erik Andersson. In addition, to work with people in the space industry and a project that was actually "for real", has given the students useful experiences.

– We have also learned a lot about problem solving and how to adapt the work to the consequences of unpredictable events, such as delays, something that is difficult to learn through theoretical exercises in school.

The PERSEUS student project is being done in collaboration with the French Space Agency CNES (Center National d'Études Spatiales).