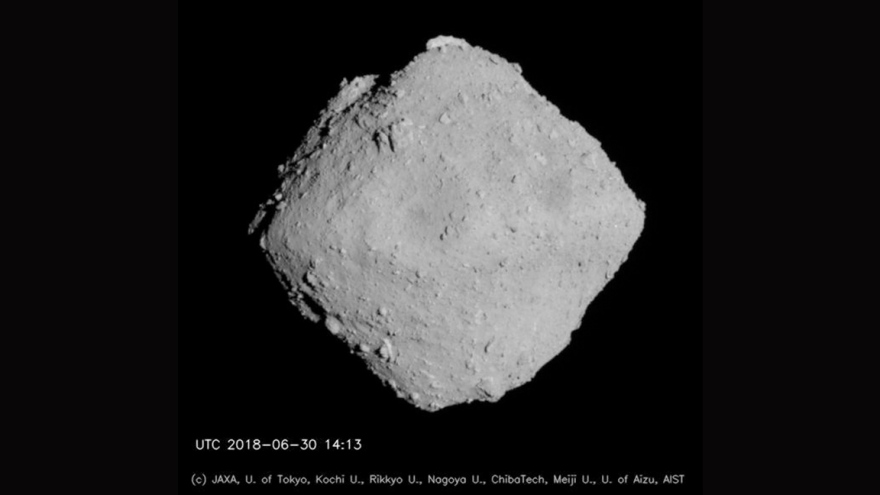 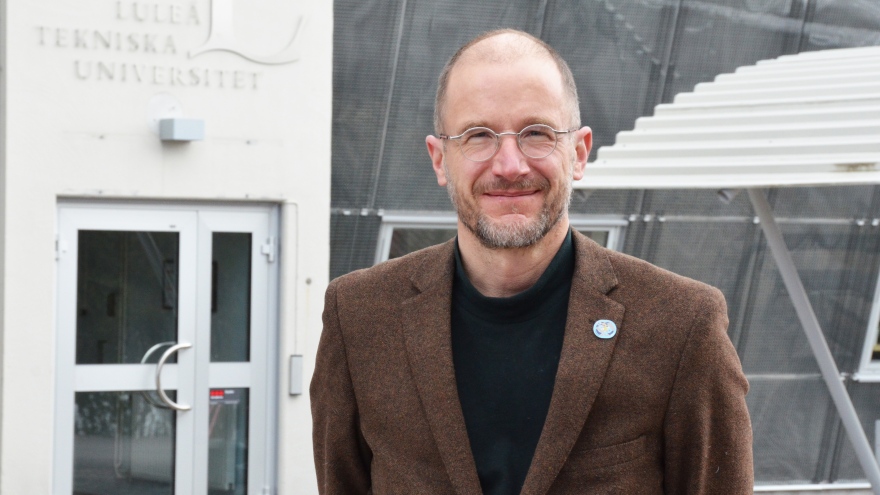 The research about Ryugu’s composition is presented in a paper in Nature Astronomy. Axel Hagermann is one of the authors and co-investigator on the Hayabusa2 space mission operated by the Japanese state space agency JAXA. Hayabusa2 is a satellite that brought samples back to Earth, in this case samples from the asteroid Ryugu. With in-situ measurements, thermal cameras on the spacecraft, the researchers have also examined the material whilst on the surface of the asteroid. Surprisingly it turned out that the porosity was not compatible with the meteorites thought to be connected to this type of asteroid. The observations on the asteroid suggest that Ryugu has a variation in porosity implicating that the materials have experienced different temperatures and pressures.

– We think that Ryugu contains a mix of materials of various porosities, and that these porosities reflect that the materials originated in different places, possibly in different parts of a bigger planetary body. This body disrupted by an impact and the debris formed asteroid Ryugu, Axel Hagermann explains.

– So, although asteroids, or at least this asteroid, can look chemically homogeneous they are in fact literally rubble piles composed of loads of junk from different places.

Asteroids have a special significance for space exploration. They are abundant, relatively easy to get to, and contain some rare elements and materials that might for example be useful for making propellant for space missions. Asteroids are also effective time capsules and can tell us a lot about Earth’s early history. Most of them are piles of rock fragments of various sizes, fragments believed to be leftovers from the early days of the solar system. However, after analysing Ryugu, the researchers suggest that asteroids like Ryugu are unlikely to be the source of primitive meteorites because the material would simply burn up during atmospheric entry and never reach Earth.

– This means that the material we brought back from Ryugu is likely something different from primitive material in its original form, says Axel Hagermann.

The observation might also have an impact on how we estimate an asteroid’s potential damage if hitting Earth. Simply put, potential damage is predicted by impact energy, i.e its mass, and impact velocity. Since we cannot measure an asteroid’s mass directly, asteroid size is used as a proxy for mass with sizes in the range of 30 meters considered a threshold for substantial damage. Obviously there is a difference in how a 30 meter ball of solid basalt and a loose 30 meter cluster of porous material interact with our atmosphere, not only because one has a lot more mass than the other.

– I would rather not speculate but leave the investigation of the outcome to a specialist. However, it is clear that we just cannot scale from asteroid size to potential damage and need to treat this problem in a more nuanced way, says Axel Hagermann.

– After all, asteroid Ryugu is mostly empty and the observation that porosities of asteroids are higher than expected will probably inform future technological solutions to deflect asteroids from Earth.