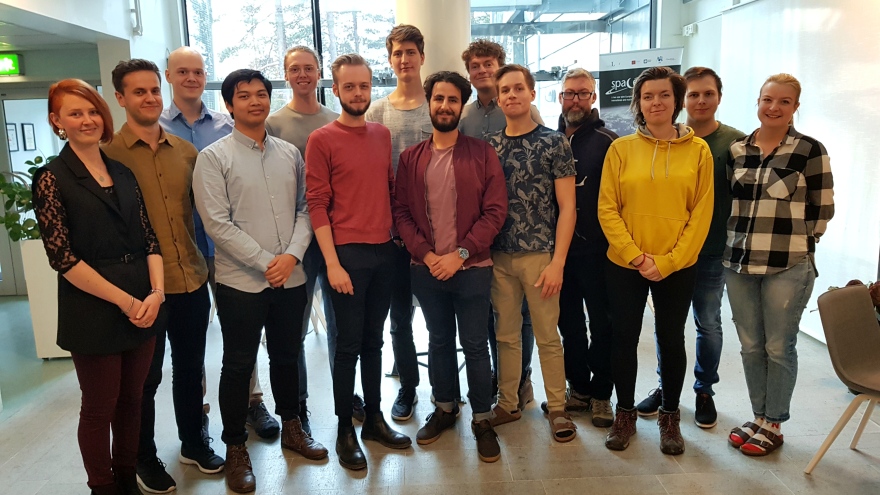 The project got its name from the Aptasvare Nature Reserve, which is just a stone's throw from Space Campus in Kiruna. Martin Elfvelin, far left, Theresia Hestad and Axel Widenfelt. 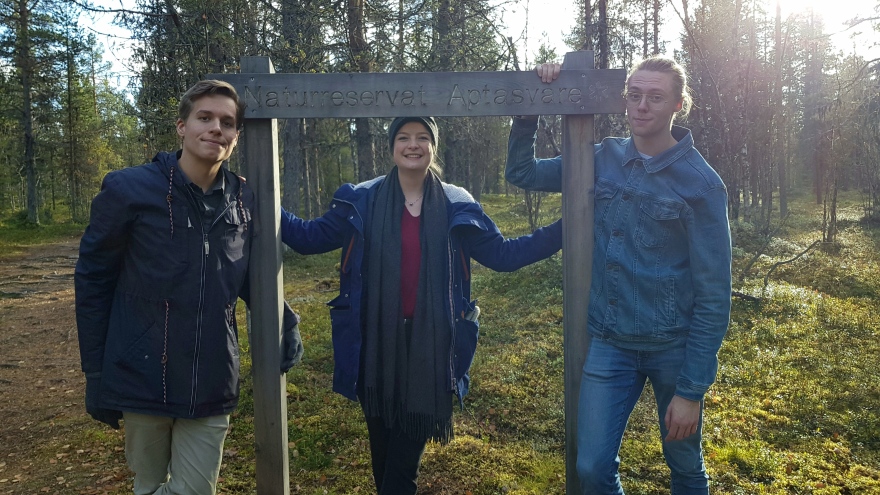 A CubeSat is a small satellite that consists of one, or more, small cubes that put together. The construction of the satellite will be carried out within the framework of a project that will take at least two years to complete.

– Such small satellites are perfect for getting instruments in space in a relatively cheap and easy way, Theresia Hestad explains.

– It feels incredibly fun to be involved in such a project. We came up with this idea a year ago. Since then, we have worked to establish the project. Now the really exciting phase begins with the design and construction of the satellite.

If all goes according to plan, the students' CubeSat will eventually be launched into space. The students collaborate with EISCAT, a scientific organization focusing on radar systems, and The Swedish Institute of Space Physics, IRF, to develop the satellite payload. Together with EISCAT, they will develop an instrument to calibrate new antennas. The second payload is developed in collaboration with IRF – a camera that, for scientific purposes, will photograph the northern lights over the poles.

– Since EISCAT's antennas are far north, the satellite will be required to be in a polar orbit. The launch site has not been determined yet, but since the entire project is being developed in Kiruna, it would have been fun if the satellite would eventually be launched from Esrange.