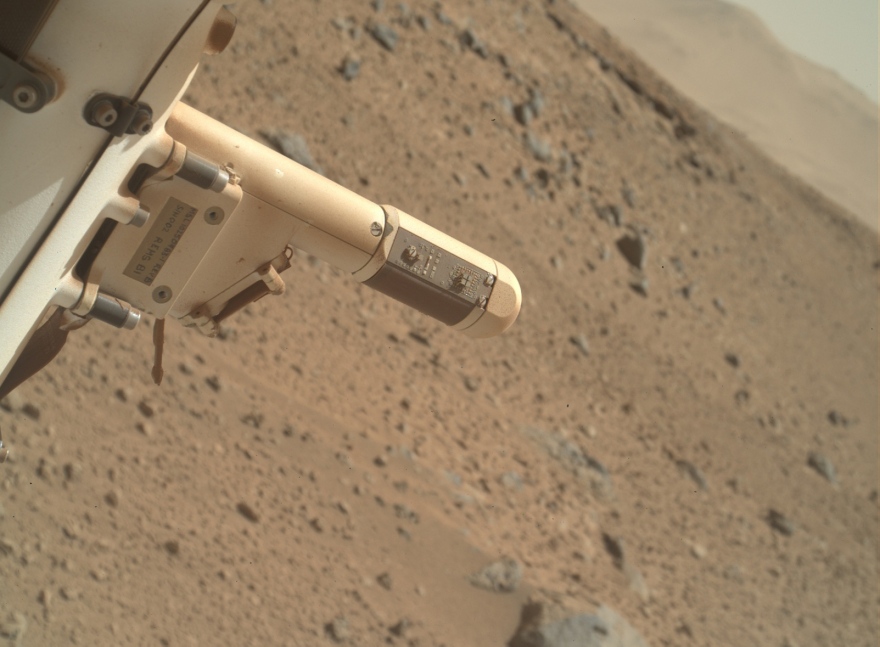 – For the first time, we have found conditions for the existence of liquid water on Mars, says Javier Martín-Torres.

It is the unmanned rover Curiosity, located on Mars, that once again deliveres spectacular finds. On board Curiosity is the instrument REMS (Rover Environmental Monitoring Station) and it is data from this meteorological station that underlies the conclusions published in Nature Geoscience. The collection of data occurred primarily in the Gale Crater, an area along the equator in March, dominated by rocks and a dry, desert-like landscape.

Not likely with life on Mars

According to the researchers, thin films of liquid brines may be formed in the soil on Mars and evaporating overnight. The results thus indicate an active exchange of water between the Martian atmosphere and surface. Salts, perchlorates, available on Mars, has the ability to at specific temperatures and relative humidity, absorb water vapor from the environment. Previous research has argued that this process was only possible during Mars spring when the amount of atmospheric water vapor peaks. By using REMS, data has been collected over an entire Martian year and it can now be established that there is a daily water exchange between soil and atmosphere and that the conditions are compatible with the formation of brines.

– From the Martian surface and five centimeters down, the conditions are inhospitable due to the strong radiation and the mean temperature values. It may be that the environment is more favorable deeper than five centimeters below the surface. In that case, it could be a possible refuge for life, domestic or brought to Mars from Earth, but we do not know. says Javier Martín-Torres.

– For life as we know it, it would be very difficult to survive on Mars.

Javier Martín-Torres is confident that the findings presented in this article will make an impact with respect to several aspects. For example, the research contributes with clues when it comes to water's history on Mars and gives us some indication of the difficulty to inhabit the planet.

– In addition, the result will be of great importance for future exploration strategies and planetary protection policies, says Javier Martín-Torres.

Martín-Torres is also co-author of two articles on organic material and fixed nitrogen on Mars, recently published in the Journal of Geophysical Research-Planets, and the Proceedings of the National Academy of Sciences. In December 2014 an article was also published in Science on the first in-situ measurement of methane on the Red Planet.