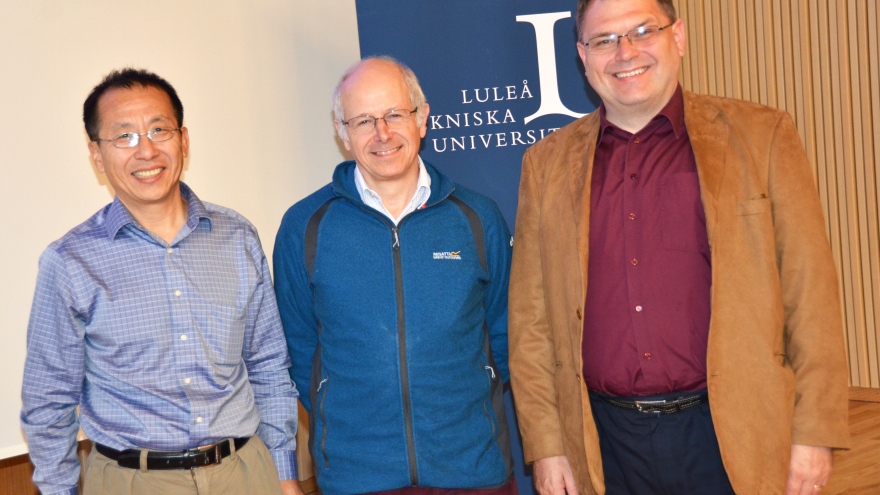 The first meeting of the HABIT Science Team has taken place at Luleå University of Technology during Mars Week. Mars researchers from the whole world has attended, hosted by chaired Professor Javier Martín-Torres and Professor Maria Paz Zorzano, both on the Atmospheric Science Group. 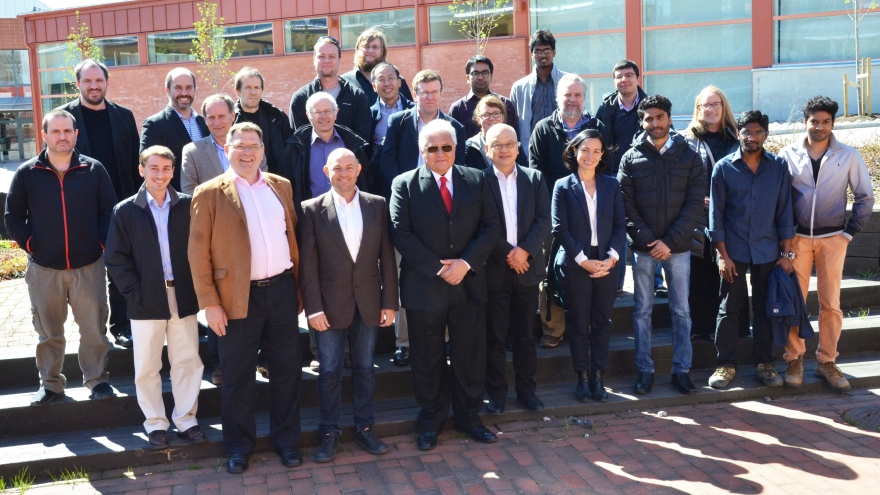 Students from Rymdgymnasiet in Kiruna were invited to Luleå for the last day of the Mars Week. They got to listen to some of the world’s leading Mars researchers and also watch the movie The Martian.

Professor Peter L Read, from the Department of Physics at University of Oxford, lectured on the topic Ice ages on Mars and explained how climate modeling can contribute to better understanding of how the climate is affected by astronomical fluctuations. Mars has been evolving during billions of years and there are many signs of evidence of water on ancient Mars, for example craters and flood channels.

Henry Sun from the Desert research Institute in Las Vegas, gave a brief historical background on the scientific attempts to find life on Mars. But also a reflection on what life actually is. If we are to find it on Mars, we might need to embrace a different mindset.

– There is one kind of life on Earth. But on Mars, we will most probably find another kind of life. The questions that we focus on now, is how do we recognize life and how do we find it? Henry Sun asked rhetorically.

And one continuous issue is the impact that the human exploration and search for life might have on other planets. On Mars for example, humanity and its instruments are not allowed to get anywhere near the glaciers on the planet, even though it’s likely that that’s where traces of life could be found.

– We have two emotions that present a problem. We want to find life – but we are afraid of approaching it. We try to protect Mars from Earth bacteria. But when I visit Antarctica I bring bacteria from Las Vegas, and so far Antarctica hasn’t changed because of it, Henry Sun figured.

Professor Oddur Vilhelmsson from University of Akureyri in Iceland talked about Mars in the context of microbes and tried to answer the question Can you really grow potatoes on Mars? In The Martian, that is exactly what the lead character – the stranded astronaut played by Matt Damon – does.

– Probably you could grow potatoes on Mars. But I would recommend a purpose-built, atmosphere regulated greenhouse and some terrestrial soil microbes.  And if you are going to use human fecal for fertilizing you’d better sterilize it first, Oddur Vilhelmsson concluded.

After the three lectures, the audience watched The Martian. Professor Javier Martín-Torres from the Atmospheric Science group at Luleå University of Technology, then revealed some faults that appear in the movie.

To begin with, fierce storms like the one in the movie are not to be found on real Mars.

– The atmosphere on Mars is a hundred times thinner than on Earth. And since there is no air, there can’t be storms so strong that they can flip heavy things over, Javier Martín-Torres explains.

And if Matt Damon had been on real Mars, he would have walked more jumping-like because he would be lighter on Mars compared to Earth. Javier Martín-Torres also questions the quality of the astronaut’s greenhouse.

– The potatoes he grew would probably be fried on real Mars, the greenhouse is not enough protection from the radiation. And it’s really strange that Matt Damon can walk around without his spacesuit on in that greenhouse without getting fries as well.

Finally, Javier Martín-Torres, who used to work at NASA himself, noticed an astonishing error:

– The furniture at the NASA Center is far too modern in the movie compared to reality!