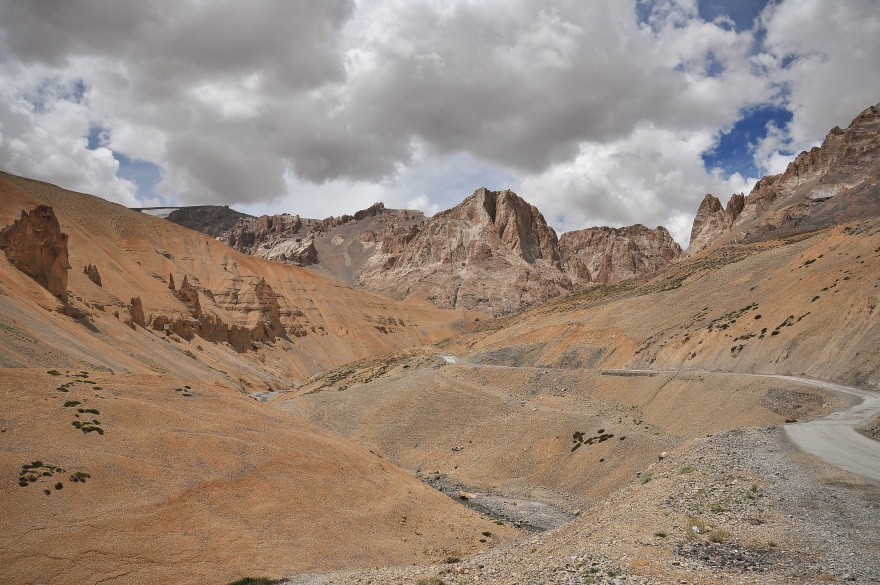 The terrain and climate of Ladakh in northern India, is to some extent reminiscent of the conditions on Mars. In August, researchers of Atmospheric Science, will test the instrument HABIT in this environment, during the NASA Expedition Spaceward Bound India. View original picture , opens in new tab/window

The instrument HABIT (Habitability Brine Irradiation and Temperature), selected as a part of the science payload on board the ExoMars 2020 mission, has entered its building phase. The instrument is being built in a collaboration between Luleå University of Technology and Omnisys in Kiruna and a series of testing, validation, and calibration tasks will now be faced by the research group in Atmospheric Science.

One of the milestones in this process is the expedition to Ladakh, India, framed in the NASA’s Spaceward Bound Programme, a field site campaign that will provide an opportunity to test a first prototype of the instrument in a Martian analogue environment.

The environmental conditions in Ladakh include high altitude (3,500-5,500 m), extreme dryness, cold, and high UV exposure and topological similarities with Mars. All these features are of high-interest from an astrobiology point of view.

– One of the main goals of the expedition is to test HABIT under conditions that are somehow similar to the ones on Mars. Mars is a cold and dry planet, and the atmosphere is drier than in any imaginable place on Earth. This expedition is in a dry ecosystem with Mars topological features and high doses of UV radiation, says Javier Martín-Torres.

Since water is a primordial requirement for known life, searching for its traces has been a main goal. Testing the hypothesis proposed by Martín-Torres et al (2015) to explain the presence of liquid water on Mars after Curiosity data will also be a central pillar of HABIT’s research, and it will provide insights for the design of future manned missions. HABIT will quantify the total amount of liquid water that could be collected from the atmosphere and will provide an estimation of its availability as a resource to be exploited.

HABIT will be tested

In the Martian regolith there are perchlorates, a highly hygroscopic kind of chlorine salts. As such, they have the capability of capture water vapour from the atmosphere up to the point of ending solved in it through a process known as deliquescence, forming very concentrated solutions or brines that, under Martian environmental conditions, can stay transiently in a metastable liquid phase. However, a monitoring of the process itself is still missing, and this is precisely what HABIT will do.

– The instrument will capture water from the atmosphere through deliquescence. We need to be sure that we understand the equivalence between the conductivity measurements of the salt solutions that HABIT will provide and the amount of captured water. This in order to have a good characterization of the measurements that HABIT will take before it arrives to Mars.

The campaign will take place in August 2016 and will last for twelve days. The PhD students Teresa Mendaza and Álvaro Soria-Salinas and Johanna Bergström-Roos, project leader of the RIT project, will take part in the expedition. Besides collecting data and doing field work, they will also visit schools in the area and talk about astrobiology.

In preparation for this campaign the team will also be part of a logistic and practical training in Abisko during the first week of May, and they will be part of the expedition of early career researchers to Iceland organized by the Nordic Network of Astrobiology, which will take place in July.