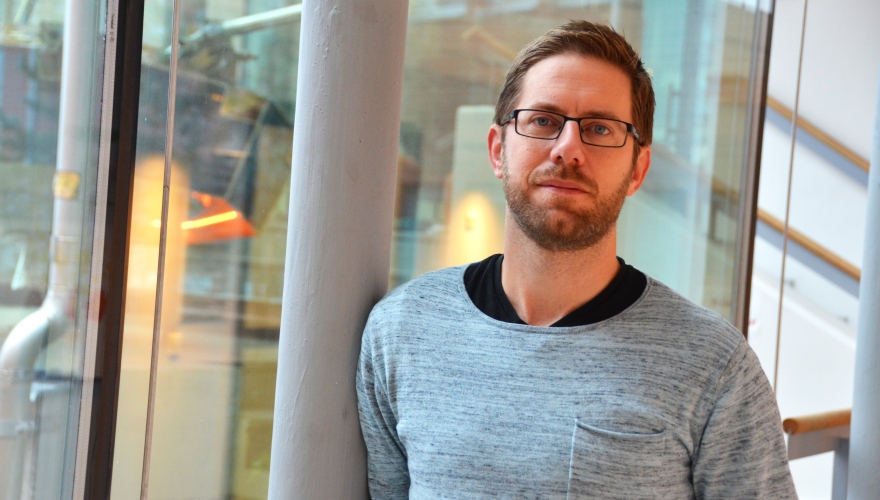 – Atmospheric loss is when ions, mainly hydrogen ions and oxygen ions that originate from our atmosphere, not only flee the Earth's gravitational field but also the Earth's magnetic field – into the solar wind. Once in the solar wind, the ions are lost, they will never return to the atmosphere, instead they follow the solar wind into space, explains Rikard Slapak, who completed the study together with researchers at IRF, the Swedish Institute of Space Physics.

The area in space closest to Earth where the geomagnetic field dominates is called the magnetosphere. The magnetosphere, in turn, interacts with the solar wind, the flow of particles that are constantly flowing out from the sun. In the dayside, the magnetosphere is compressed to a size of typically ten earth radios, and in the nightside it is drawn to a long tail, a few hundred earth radios or even more, far beyond the distance to the moon.

In order to quantify atmospheric loss, the scientists have used satellite data from the Cluster satellites and measured the local flow of the ions, and their distribution in the magnetosphere. The findings will have a future meaning for the understanding of how an atmosphere evolves. The results also indicate that the Earth's magnetic field does not at all protect our atmosphere to any significant extent, the atmosphere "leaks" into space regardless.

– Venus, for example, lacks its own magnetic field and still has about the same atmospheric loss as Earth. Therefore, a study like this challenges the idea that the magnetic field protects an atmosphere. The role that a magnetic field plays for atmospheric development is therefore far from obvious and will be investigated further in the future, says Rikard Slapak.

Atmospheric loss from the dayside open polar region and its dependence on geomagnetic activity: Implications for atmospheric escape on evolutionary time scales