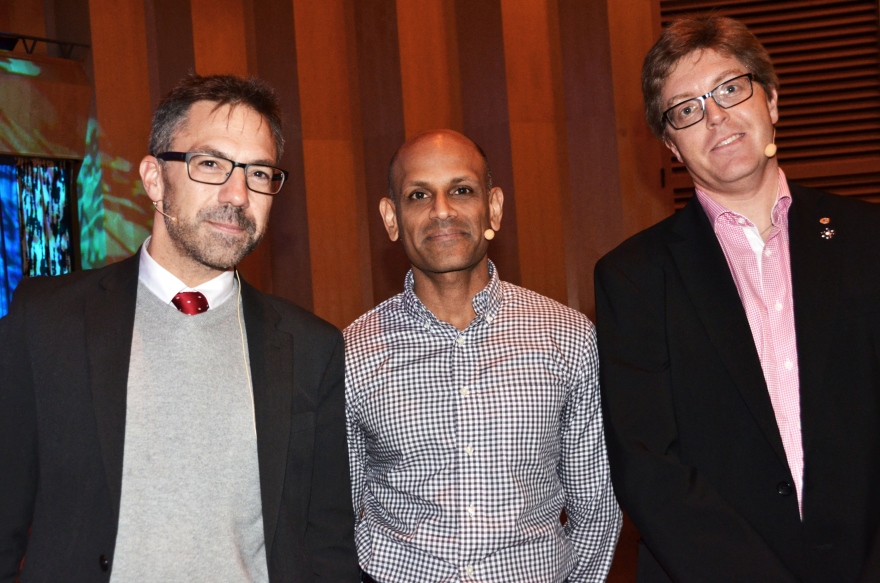 The drones, called Aquila planes, will be operating at a minimum of 20,000 meters up in the air. The unmanned planes will be powered by solar energy and be able to stay in the air for three months. The communication between ground stations, drones and ultimately the devices to be accessed by wireless internet is done by laser.

– Billions of people live without internet access, especially in Africa, Asia and South America. If more got access to the internet, it would create social, educational and economic benefits that could bring these communities forward, says Jay Parikh.

– But conventional technology, such as fiber or 3G, is too expensive and takes too long to build. We therefore hope that our research will attract other companies to participate in the commercialization of the new technology.

The master student Ornela Bardhi also sees a bright future, not the least inspired by Jay Parikh’s lecture. She points out the fact that Facebook is not just a social media anymore. They are working on different angles such as databases, distributed systems, machine learning and even artificial intelligence.

– Their project about connecting as many people as possible to Internet using the Aquila plane, is very interesting and I will be following that topic, says Ornela Bardhi.

– One third of the people can’t even imagine how their lives would be without Internet, while two thirds might have the knowledge or haven't even heard of Internet at all. Big names in the ICT industry want people to be connected. I don't know for what purposes, but let's hope for good ones. One thing I am sure, these people will benefit a lot.