This group has developed a portable hydropower unit that can charge mobile phones. 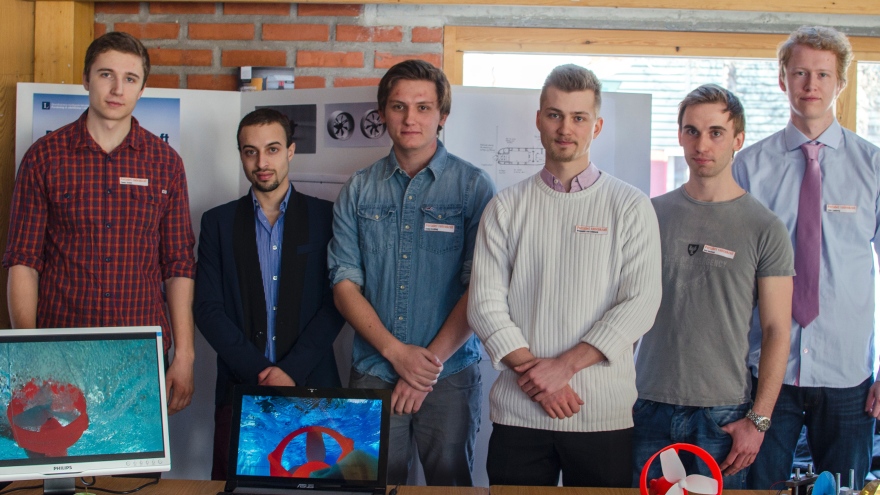 A prototype for portable hydro power that is manufactured using a 3d-printer. The dock has room for four LED lights and can replace kerosene lamps. 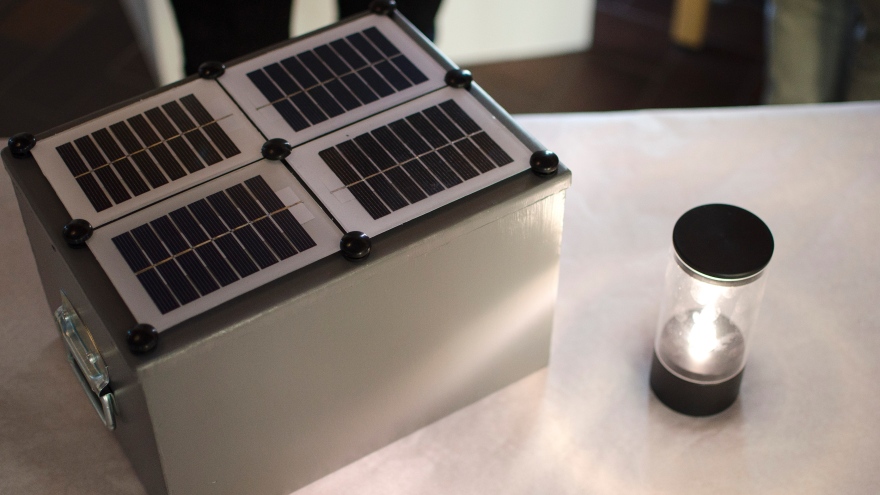 Group that has developed a rail vehicle that will take part in the Delsbo Electric competition. Oscar Thureborn and Christoffer Bågholt has developed an emergency shelter for disaster areas. This boiler can be used both for heating and cooking. 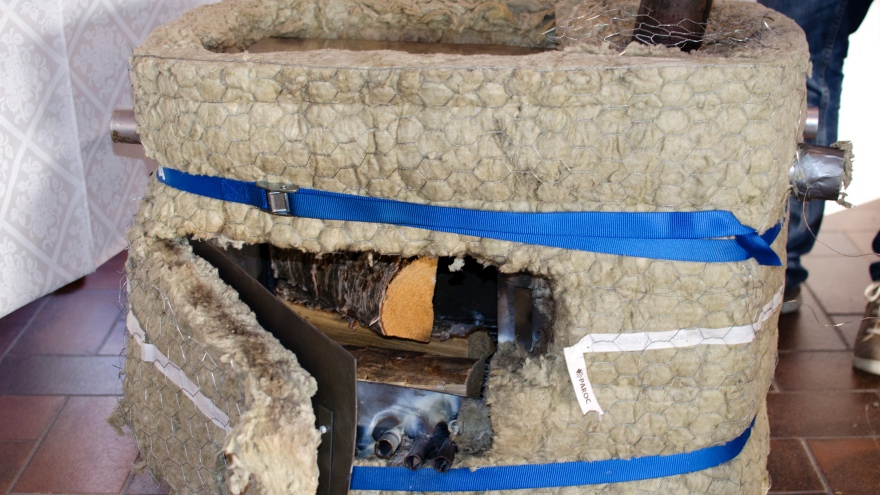 One of the products presented was a portable water propeller with built-in generator that can be used as a power source on for example hiking and fishing trips.

– In flowing water, the turbine charges batteries and there's a USB port to which you for instance can connect a mobile phone. When we designed the blades we adopted a method normally used for wind blades, then we scaled it down and created custom made blades for hydropower. It is also possible to imagine a permanent solution for a summer cottage, but then I recommend a larger turbine considering that the energy increases exponentially with the size, says Benjamin von Schmuck, student at the Master of Science Programme in Mechanical Engineering.

Instead of a kerosene lamp

Another example of students' creativity is a LED lighting solution for developing countries. On the cover on a docking case, the LED's lamps are charged during daytime via solar panels, for use in the evening or night.

– An estimated 250 million people receive light from a kerosene lamp, lighting that is harmful, relatively expensive and provide poor light. We wanted to show what you can do with the new LED technology, and we believe that schools for instance would benefit from our solution because in developing countries, many study in the evenings, says Philip Hägglund, a student at the Master of Science Programme in Sustainable Energy Engineering.

– The course has taught us to collaborate and plan ahead. Being able to come up with a concept, develop it and then detail construct it. That was rewarding and is similar to the challenges we will later face in the workplace, says Anders Almqvist, student at the Master of Science Programme in Mechanical Engineering.

Another group had been working on a more race-oriented concept, namely to build an energy-efficient rail vehicle. On May 23, a group of students will participate in the competition Delsbo Electric where the goal is to drive approximately three kilometres on rail using as little energy as possible.

– The vehicle is powered by two programmable electric motors and then we have our solid metal wheels that reduce rolling friction. The wheels we believe can give us an advantage because most run on plastic wheels. A lot of fine tuning remains before we are ready, and we will have the opportunity to test the vehicle at the train museum in Karlsvik, says Charlie Fredin, student at the Master of Science Programme in Mechanical Engineering.

Other products featured in this year's edition of  Sustainable Living was an emergency shelter for disaster areas, purify water with solar energy, a Stirling engine and a door closer that converts energy into electricity.

This video has been blocked due to your cookie settings.
Accept marketing cookies or watch the video on Youtube.
Published:25 March 2015
Updated: 8 May 2015
Edit page , opens in new tab/window