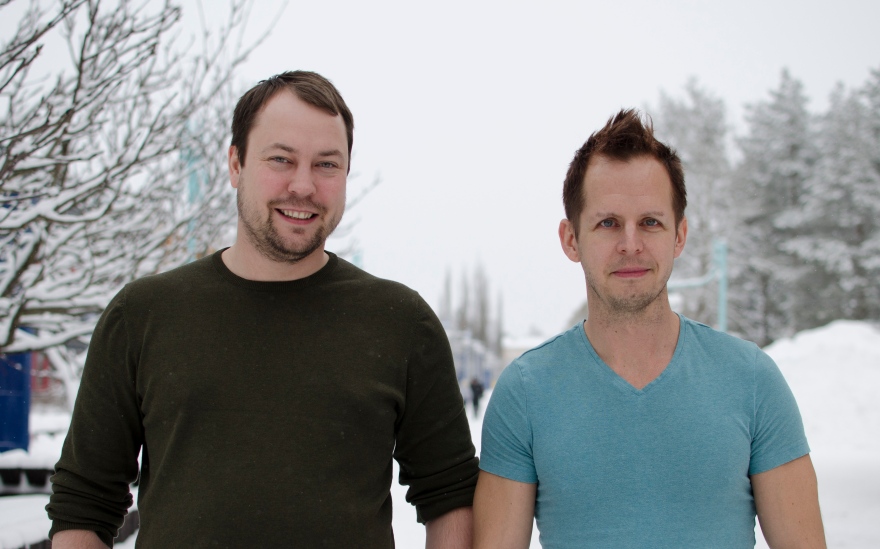 – To build a new district heating network is like putting a big puzzle where many parameters must be considered. When choosing the best structure of the district heating network smaller or larger bio oil boilers can be used and there is also a choice between various thicknesses of district heating pipes. Major investment costs lead to lower operating costs, so that is a balance that must be considered, says Mattias Vesterlund, doctoral student at Energy Engineering, Luleå University of Technology, who later this year will present his doctoral thesis.

Besides infrastructure, the researchers have also been working to optimize the production of district heating. It concerns pressure and temperature, and how the facilities in the network to interact with each other. To arrive at the most cost effective solution, so-called evolutionary algorithms have been used.

– Evolutionary algorithms have been around since the 70’s but have come strong in recent years. It involves testing a lot of alternatives based on given parameters, taking the best proposals, blend them and then test the new proposals. When the relationship is non-linear the method works well, although there are flaws. We have been able suggest what power, temperature and fuel the bio oil boilers should have to achieve the cheapest production cost, says Mattias Vesterlund.

– Our ambition is to take this optimization methodology and use it with NetSim, software for simulations that are common among energy companies.

One way to make district heating more economically is to put the pipes together with sewer and water. The researchers have investigated different variants of placements for the pipes.

– The advantage of collocation is that the total installation cost can be reduced and that it removes the risk of having water pipes freeze. The system that has been tested in Kiruna is a low temperature system where district heating is at a lower temperature than usual. One challenge is that district heating should not make the cold water too hot and if different suppliers are responsible for district heating and water supply, they must be prepared to cooperate, says Mikael Risberg, Associate Senior Lecturer in Energy Engineering at Luleå University of Technology.

Another area that the researchers at Energy Engineering have studied is low energy housing in cold climates. In Kiruna they were able to study a low energy house built by NCC.

– We evaluate how much energy is needed in the house for heating, electricity and water. The house is well insulated and installed with so-called NASA showers that recycle the water. The biggest challenge is the cost of the house, it becomes more expensive with a low-energy house in colder climate and the question is how much one is willing to invest in order for it to pay off. Heat pumps is an economical solution but often gives a worse indoor climate than other heating systems. I think that district heating is the best choice in terms of sustainability, but this of course assumes that the city has a surplus of heat. In the case of Kiruna, the mining operation lead to a surplus that may not be utilized fully, says Mikael Risberg.

The research in Kiruna is part of the Attract project, financed by VINNOVA. Mattias Vesterlund's research is partly funded by LKAB, via Hjalmar Lundbohm Research Center.