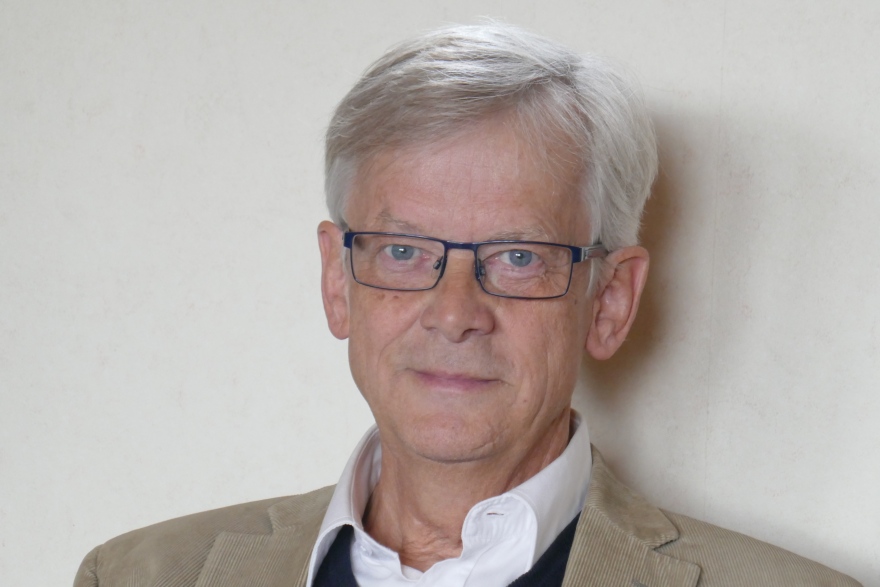 The motivation for the award:

"Ingvar’s contributions to the field derive from his passion for sustainable energy solutions, and have been incredibly valuable, both technically and in informing energy policy,” says Vann Bush, tcbiomass2017 conference co-chair and managing director of energy supply and conversion at GTI. “Throughout his career, Ingvar has embodied the personal contributions and recognized leadership we look for in Don Klass Award recipients."

The Gas Technology Institute (GTI) gives the Don Klass Award to Ingvar Landälv for his innovations and leadership in the field of thermochemical biomass conversion. GTI is a leading research, development, and training organization serving the global natural gas and energy industry.

– It feels overwhelming and surprising to get the price. It has made me reflect on how I live up to the jury's motivation, says Ingvar Landälv, who currently is chairman of the European Biofuels Platform, the European Technology and Innovation Platform - Bioenergy.

Renewable fuels by means of gasification

Ingvar Landälv has over 40 years of experience in gasification technologies. Until December 2012 he was Technical Director of the company Chemrec. The company's pilot plant in Piteå was transferred to LTU Holding in early 2013 and under the name LTU Green Fuels, operations in the gasification plant for black liquor and other renewable raw materials for synthetic gas, with further conversion into green fuels, could continue. Ingvar Landälv then became employed at LTU and has worked in the LTU Biosyngas Center project, which was linked to LTU Green Fuels. The project ended in May 2016 and the plant was then put on hold, awaiting possible future operations.

– I have been active in the field of biofuels for many years and it has led me to an engagement also at EU level. In addition to the EU biofuels platform chair, I have participated in projects that summarize technology status and production costs for different types of biofuels, says Ingvar Landälv and continues:

– The knowledge I gained from my first 20 years in the process industry, when work was about the processing of fossil raw materials to products, I have tried to apply to renewable raw materials such as black liquor and pyrolysis oil. I see the gasification technology as a central process when replacing fossil fuels and chemicals with renewable ones. Therefore, I am engaged in establishing the conditions for this type of technology change, also at EU level, says Ingvar Landälv.

Based on his experience and position, Ingvar Landälv thinks he has gained a good overview of the technology situation. He believes that several technologies in the gasification area, as well as in some other production technologies, are ready for commercial scale demonstration if politicians provide the right conditions.

– Long-term rules are required that, in a concrete way, value renewable production with low greenhouse gas emissions. This is lacking even if positive discussions are taking place in Sweden. Without long-term incentives, a green change will not occur. In addition, if we do not act soon, there is a significant risk that the achievements in technology development are lost. This applies both at national and EU level, Ingvar Landälv concludes.