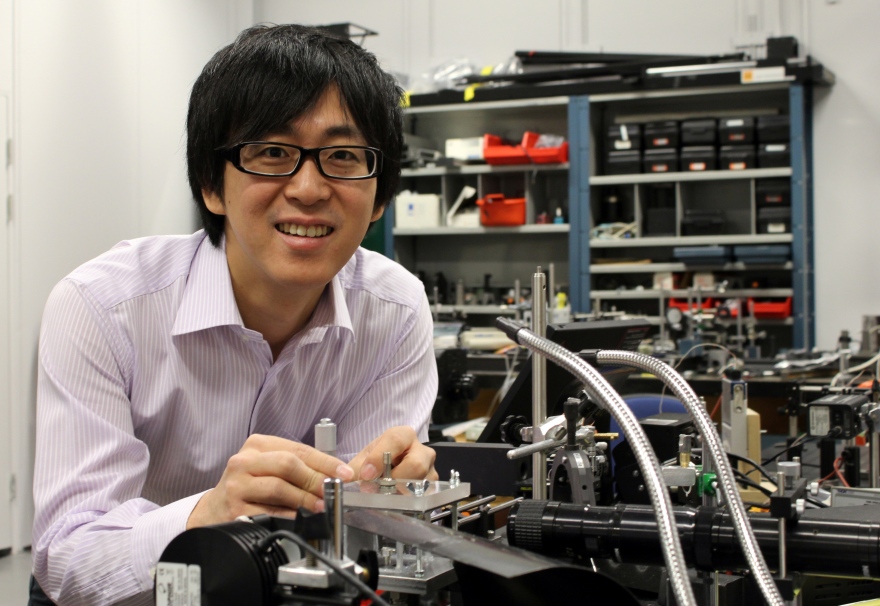 Simply stated, this is a plant, that with various forms of biomass can produce both electricity and heat. It's intended for electricity production on a small scale. The technology MEVA commercialized "cyclone gasification" is based on research that started at Energy Engineering at Luleå University of Technology together with ETC in Piteå, several years ago.


Commercially, Vietnam is interested in buying technology of MEVA. But beyond the technology itself is also planned an administrative exchange of municipal and regional levels, as well as an exchange between Luleå University of Technology, Energy Technology Center, An Giang university and Ho Chi Minh City University. Therefore, LTU's researcher Kentaro Umeki was in Vietnam.
- My role is to develop cooperation between LTU and universities in Vietnam, says Kentaro Umeki.


In An Giang province, with its 2.2 million inhabitants, there are 900 ricefactories. Many of them iare stopped 30 percent of the time due to lack of electricity. Into the rivers huge amounts of rice shells are being dumped at the same time, leading to eutrophication, or shells are burnt at open fields which also contributes to environmental degradation. But now rice shells instead can be an asset as a raw material for production of heat and electricity. The heat can be used for drying of rice.


The Vietnamese are working hard to get a pilot plant in rural areas in the Mekong Delta. Strategies that will contribute to both increased supply and improved living conditions are planned. In the municipal co-operation people who are directly affected are involved like ricefarmers, entrepreneurs and elected officials.


For LTU, SWE and Piteå cooperation with Vietnam opens great opportunities. Right now there is a delegation from Piteå in Vietnam to begin a three-year collaborative grant from SIDA contributing SEK 2.4 million. Money will be used to share experience and exchange of knowledge and increase understanding of global sustainability with a focus on energy, climate change and poverty reduction.
PAGE also hope that the project will contribute to, and reinforce, partnerships between businesses and universities in Norrbotten and in Vietnam. On the trip were from Luleå University Assistant Professor Kentaro Umeki, representatives of Piteå, Solander Science Park, Sanitation and Water (Pireva) and MEVA Innovation.