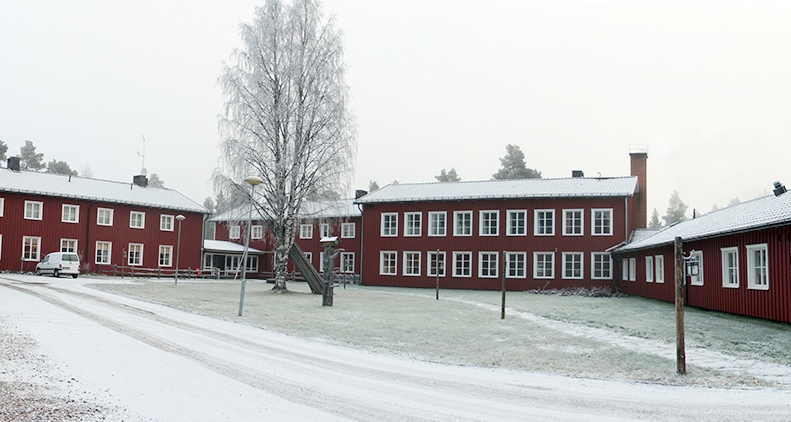 – It was a fun challenge to work as consultants in a sharp project with real customers. We learned how important it is to meet the customer and find out their needs. We got great use of our theoretical knowledge and realized how much we actually learned in our education, says student Jonas Johansson, who did the project together with Ida Johansson and Malin Zakrisson.

Jonas, Ida and Malin began with a visit to Forest Hotel to do a situation analysis.

– We analyzed the building and electricity consumption, and discovered that the boilers and ventilation should be studied further. Boiler efficiency was analyzed by flue gas and an ash and sawdust test was performed to determine the proportion of unburned ash in the sawdust and the amount of moisture in the chips. For the ventilation system the efficiency was calculated by using the temperatures after and before the heat exchanger, as well as the supply and return temperature of the hot water that heats the air. Air flows were also measured. A night walk was done to find out if there were any appliances that were on standby or running during the night, consuming unnecessary amounts of energy, says Ida Johansson.

The results of the analysis showed that the heating system in the hotel was inefficient and that much of the energy was pure losses. The group suggested that the boilers should be replaced with new fully automated pellet boilers, which would provide lower cost of operation and maintenance.

Management at the Forest Hotel thought it was good to get numbers on system performance. Previously, many people had voiced their opinions, but now they had it in black and white what different heating and ventilation options would cost.

– We confirmed some things they already knew, but also provided much new information such as the total energy demand for the buildings and the efficiency of the boilers. The biggest challenge was to obtain data and information on the hotel's boilers and air handling units. We sometimes had to use standard values ​​and make reasonable assumptions. Reality is never as perfect as in the textbooks, says Jonas Johansson.