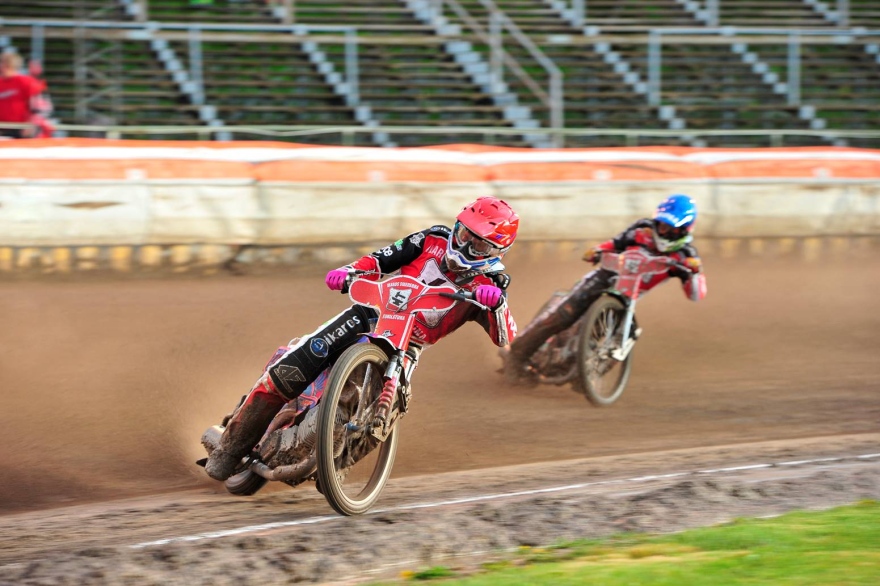 -We have been working with environmental issues for a long time and we are constantly trying to improve, and this is an important development. Our plans to run with Swedish-made green methanol has already been discussed at high level in Svemo and SBF, which is the national organization for motorcycle-,snowmobile- and motor racing. We are working for some years to enhance our facilities' positive impact on the environment, when it comes to bio-diversity, and we also work with environmental certification.If we could also greatly reduce emissions linked to fuel use we may soon seriously start talking about a green motorsport, and that would create benefits on many levels, says Mikael Norén on Svemo.

Luleå University of Technology and Eskilstuna Smederna have common interests. Eskilstuna Smederna´s speedway motorcycles today run on imported methanol, made from fossil fuels. Now the club look for opportunities to green the sport further. Therefore, a test race will be run with renewable Swedish-made methanol, made from forest residues at Luleå University of Technology.

- It feels good to be able to show that even motor racing have an environmental conscience, and that it is possible to drive fast with the renewable fuel in the tank, says Eskilstuna Smedernba´s captain Magnus "Zorro" Zetterström who has already made a few trial runs with the green methanol.

Eskilstuna forgers have an environmental focus today by both "Environmental Motorsport in World Class" along with Svemo, and Ikaros Cleantech's overflow protection program.

Luleå University of Technology´s pilot plant for Synthesis gas is the only one in the world that produced methanol from forest residues and researchers has developed a unique gasification process that has proven to be very reliable and robust. The process technology for the conversion of forest residues to methanol has been tested for more than 11,000 hours and is ready to get build in full scale. On May 9, the researchers made a testrun from Luleå to Stockholm with a Saab 9-5 BioPower on a 56% methanol mixture from the plant.

- This shows that it is possible to run unmodified E-85 cars on an M-56 mix today, which shows that there is already a market of about 250,000 cars for the company that build the first commercial plant for the production of green methanol from forest residues, said Richard Gebart, Professor of Energy engineering at Luleå University of technology.

- I think it is very positive that the speedway sport show sthe way to a fossil-free transport system and that the goal is to run on completely renewable methanol, said Roger Blomstrand, director of Eskilstuna Smederna, and with many years of experience in the fuel market.