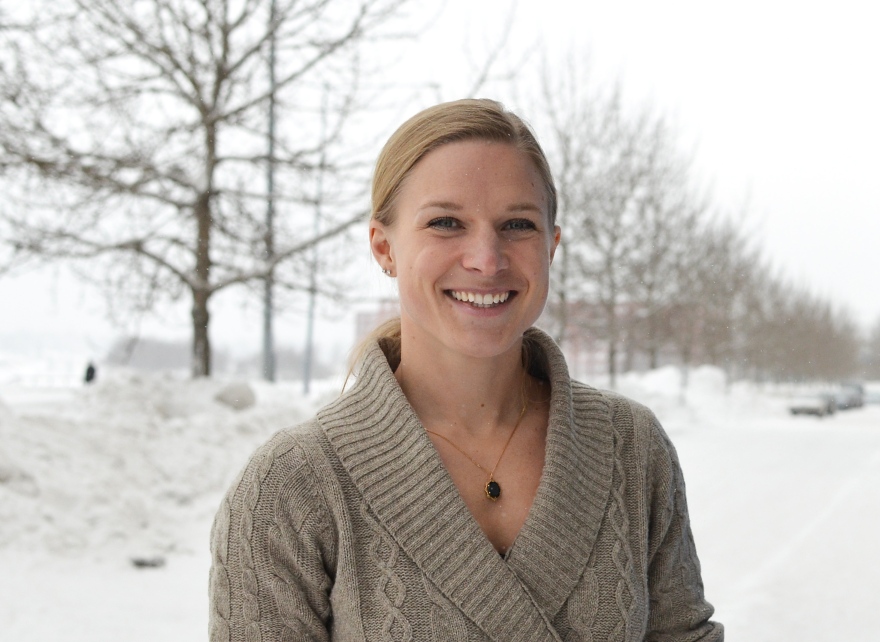 – My work in the Swedish Armed Forces eventually became counterproductive, in that the more I became aware of the technology behind a submarine, the more I wanted to learn that instead, says Jenny Nordström.

Jenny had realized what it was she wanted to work with - energy efficiency.

– A submarine is a good example of energy efficiency. It is about endurance under water and well developed systems for heat recovery is being used. My idea was that it would be desirable to use the enormous amont of excess energy that exists in the industry instead, says Jenny Nordström. 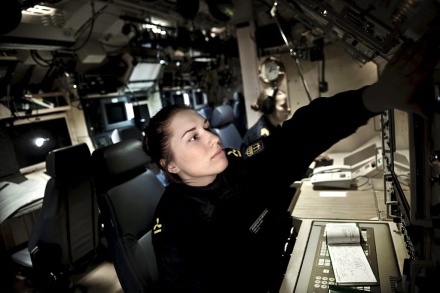 During her studies, she also thought of returning to the Swedish Armed Forces and work with submarine design, but her love for Luleå and Norrbotten made her aim for the heavy industry in the north instead, and immediately after graduation she got a job at Rejlers Ingenjörer in Luleå. The company offers consulting services in areas such as energy and electrical engineering.

– The heavy industry in Norrbotten and the construction of submarines are of similar type. It is the large amount of energy I am after. As a consultant at Rejlers, I work either with my own projects related to energy efficiency, or as part of other projects where I look at things from an energy perspective, Jenny explains.

As a graduate engineer with only six months at her new job, Jenny is already clear that she chose the right path, both in terms of her current job, but also her choice of education.

– The job I have now is my dream job. I appreciate that I am allowed to take my own initiatives. There are demands on me, but I still carry out the tasks the way I want to, but of course within the financial framework that exists. A good day at work for me is when I have a lot of customer contact and can count on things, solve my computing tasks and get interesting answers. During this first time as a consultant, I have received confirmation that the education has been right. At the university we were already trained to work as consultants. I actually do the same thing now as then, except that now I get paid, says Jenny Nordström.

The knowledge and skills that Jenny Nordstrom got from her studies in sustainable energy engineering are numerous. Calculations are an important part, but also to problematize and to have an overall perspective.

– You can not just suggest some flashy environmental solutions, there must be economy in it too. You have to have very good arguments and show that it pays off financially.

Jenny Nordström also like to give credit to the teachers and the Division of Energy Sciences at the university.

– The education was fun and of high quality. Talented teachers and a dedicated energy division. Above all, education has been in close collaboration with industry with many real projects. We have probably been around to all the important places in Norrbotten with respect to energy, hydroelectric plants and industries. The programme is clearly tailored to the needs of industry.

When asked if she has any advice for those who have the desire to work on similar tasks, Jenny responds:

– Take the initiative! Come up with what you want to do and develop that idea. As an employer, I would want someone to say "I want to do this and I will do it well, and it will generate money for the company".  Then it's basically a done deal. Do not be afraid, when you become good at what you do, you cam also do what you want.

– I do not believe in having some sort of career plan where you think that if I just put up with this job for two years I later can get that other job I really want. Then your initiative may die while trying to get there.

Although Jenny did not had time to think that much of her professional future, she feels strongly about Norrbotten:

– I want to develop and establish the field of energy efficiency. It's about saving large amounts of watt hours. I am interested in a competitive Norrbotten, as long as I live here and since I'm happy to be here. I will strive to have our businesses spend less money per tonne they produce by increasing energy efficiency.