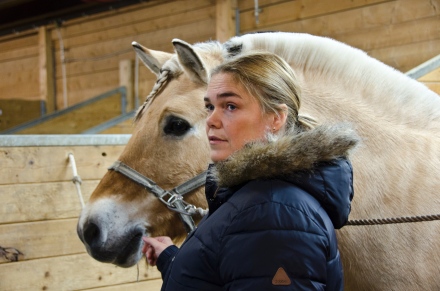 She has provided a scientific explanation on why stable girls are as good leaders as adults, and her research has received considerable attention both in Sweden and internationally.

– Stable girls learn to practice power and influence. Performing things become a part of their identity, and they must be the leader over the horse. Othervise it becomes dangerous, said Lena Forsberg.

Read the news article in the journal Hästsport