How did I get here? That this clay figure 4 500 years later would be 3D depicted in the Luleå University of Technology microtomograph Zeiss Xradia 510 Versa may be considered a longshot. Photo: Ted Karlsson. 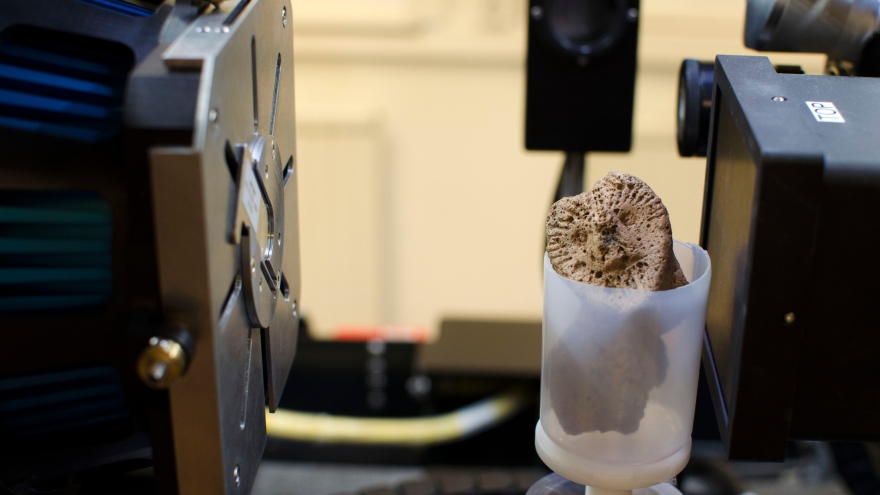 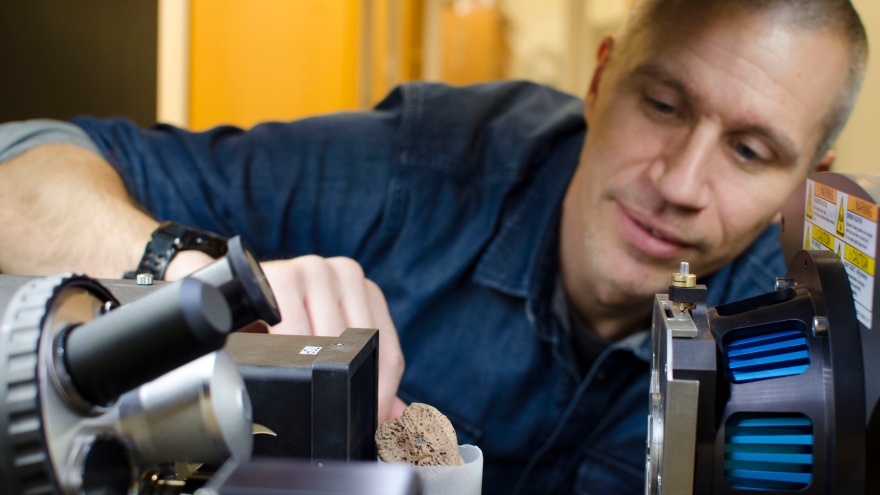 The microtomograph is handled by computers. Photo: Ted Karlsson. 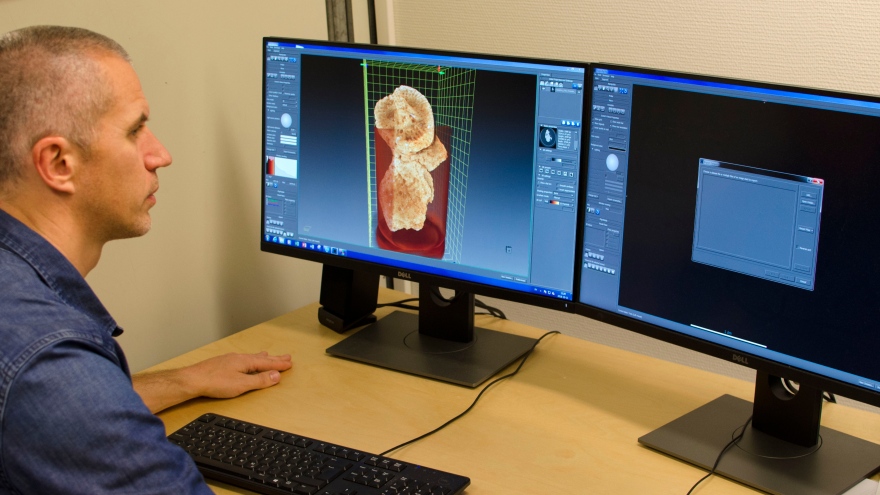 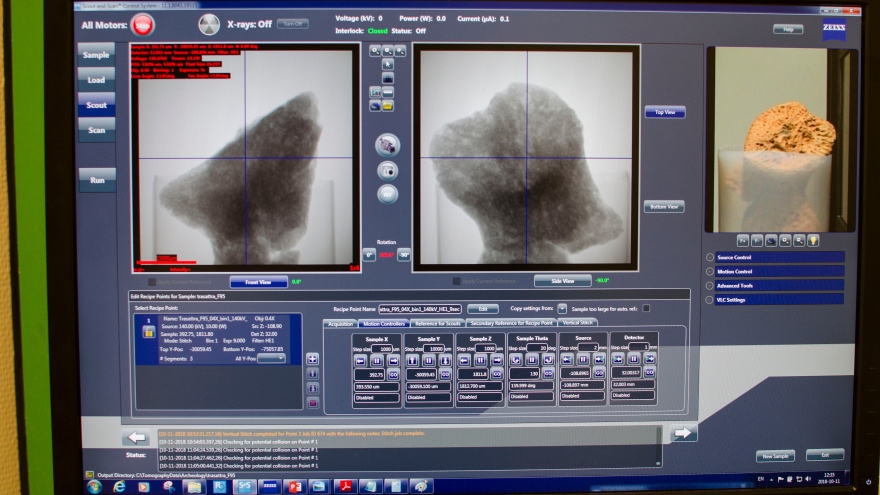 The clay figures in a transportation box. 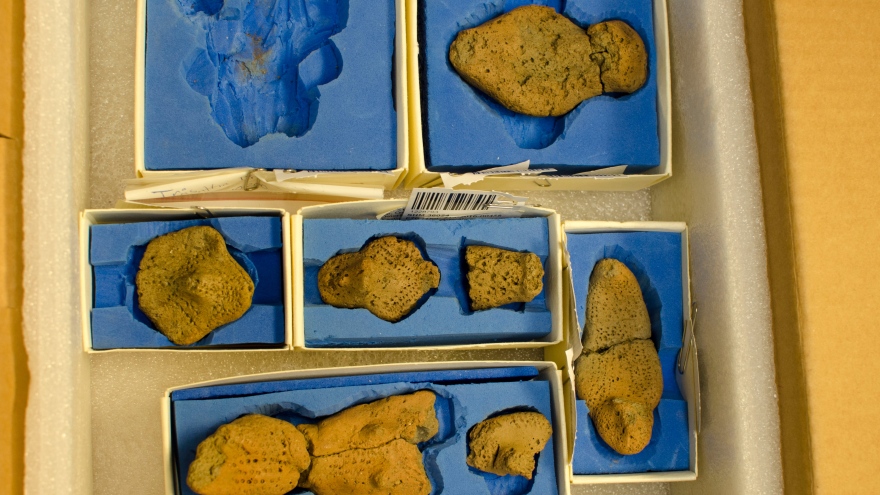 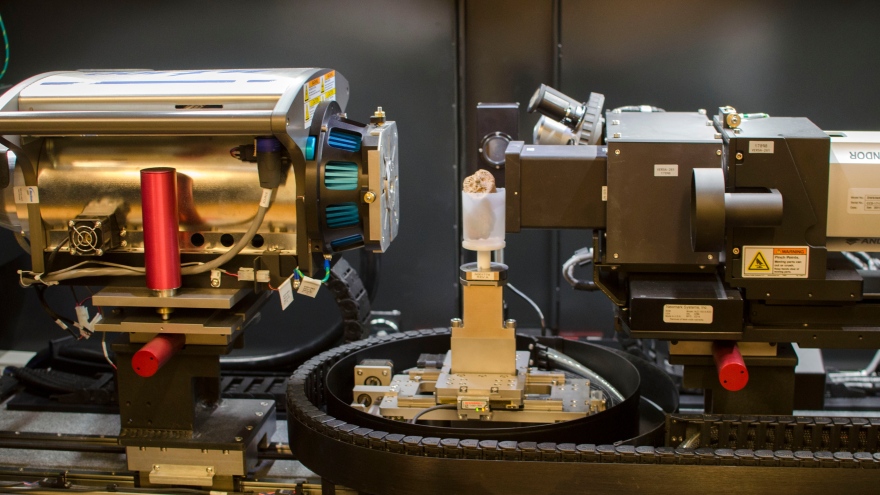 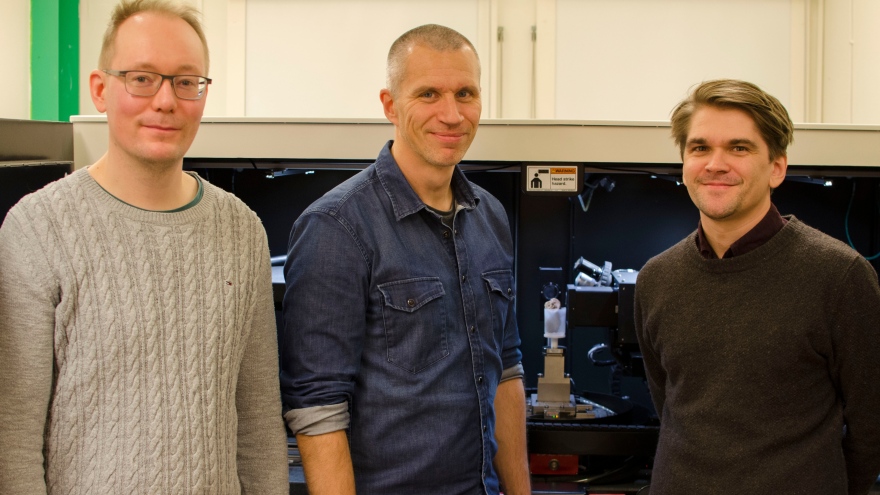 3D-visualization of the front of the clay figure. Source: Interspectral. 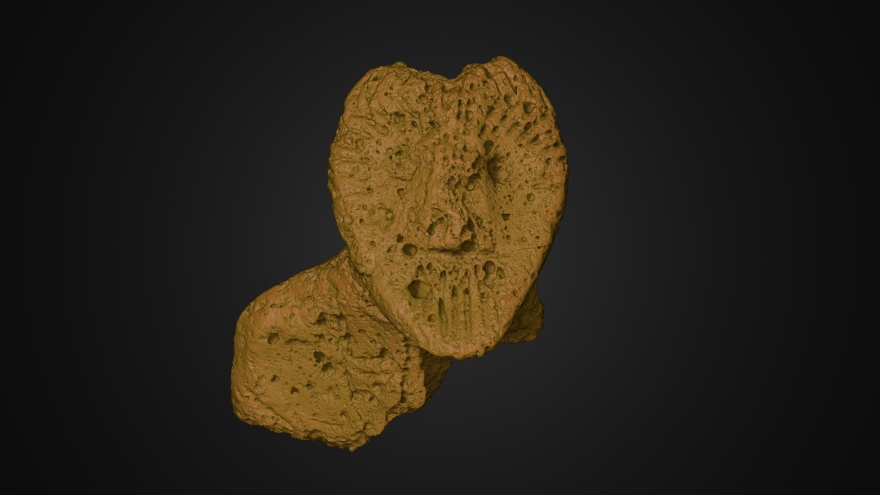 3D-visualization of the back of the clay figure. Source: Interspectral. 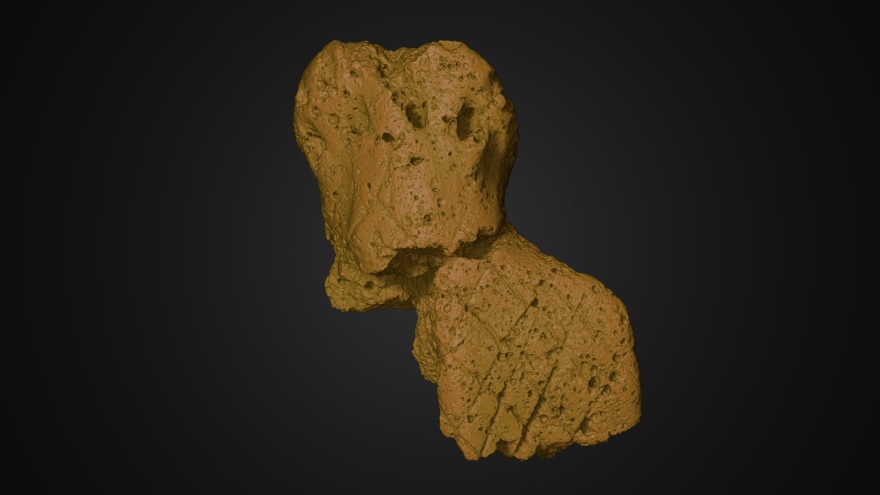 Is a non-destructive method for 3D imaging of material samples, based on the density distribution within the sample. The result can be seen as an anatomical map of the interior of the sample, where you can distinguish different types of material as well as discover internal structures such as cracks and pores. The microtomograph at Luleå University of Technology (Zeiss Xradia 510 Versa) is used for studying everything from wood and composite materials to mineral and metal samples, with a resolution of less than one micrometer (i.e., thousands of millimeters).

In 2016, archaeologists discovered ten human-like clay figures in an unusually well-preserved stone age settlement in Åkersberga, north of Stockholm. No one knows what the figures were used for, probably they had a connection with the faith of men. One hypothesis is that they were used for hunting magic or as totem animals, that is, animals that they felt related to. That could be an explaination that some of the figures have elements of both humans and animals.

The unique clay figures are currently at Luleå University of Technology, where they will be investigated and depicted in the smallest detail in the university's microtomograph. The scan, primarily of the internal structure, will contribute to a greater understanding of the time the figures were created while digital copies can be created and displayed in museums and science centers.

Previously, the advanced microtomography system has been used for research in science and technology studies and now the field of use is expanding with archeological research.

– It's a fun and somewhat different task to create high-resolution 3D visualizations of the unique clay figures. Our microtomograph can handle different types of materials, ranging from wood and composite materials, mineral and metal samples, to snow crystals. The stone figures from the Stone Age are the biggest objects we have scanned so far in our microtomograph, and we are very pleased with the high resolution we have achieved, says Fredrik Forsberg, researcher in Experimental Mechanics at Luleå University of Technology.

The 3D images of the clay figures will be used for research purposes to get more knowledge about culture, rituals, materials and manufacturing methods used 4 500 years ago, the latter part of the Stone Age. Virtual copies are also positive from a preservation perspective and to disseminate knowledge.

– 3D visualizations can be exhibited at museums and science centers to become available to the public. An advantage of creating a digital copy in 3D is that they remain if the physical object is degraded or destroyed. Scanning of historical objects is made, for example, at the Natural History Museum in London, and when a digital copy is created, new discoveries can be made when the internal structure is revealed and studied, says Fredrik Forsberg.

In addition to Luleå University of Technology a couple of other parties participates in the project. The Archaeologists, a consulting company in the National History Museums of the State, have dug out the 4 500 year old clay figures. The company Interspectral is also involved and with the help of the scan results, they create 3D visualizations that visitors at museums can interact with by, for example, using large touch screens.