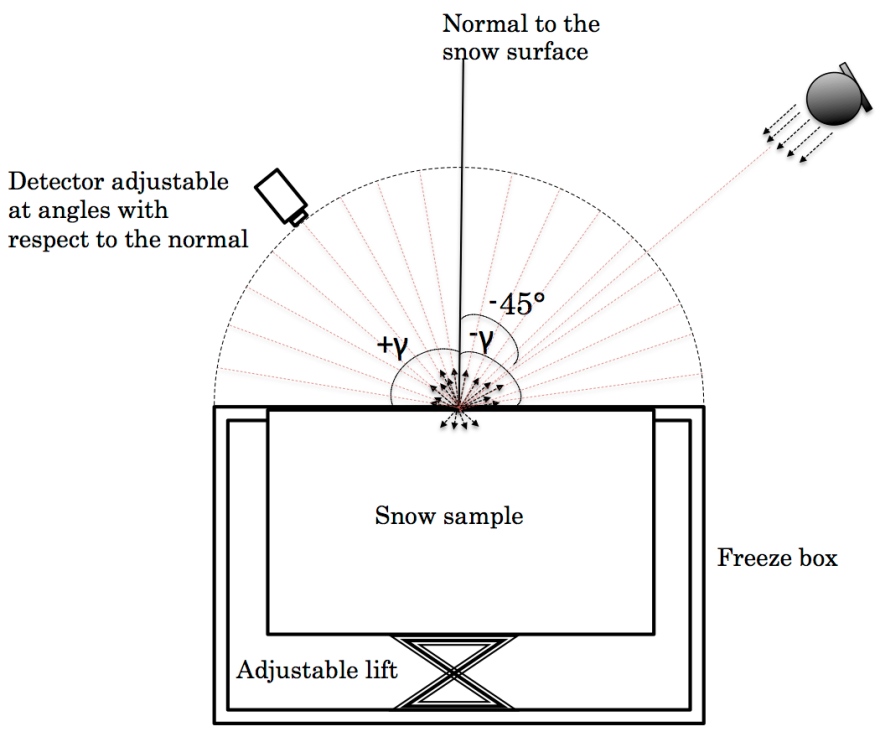 Ten different snow types were investigated to study the correlation between snow physical properties and estimated Legendre coefficients. A reflectance spectrum for a given snow sample was in the spectral region of 900 nm to 1650 nm.

Legendre coefficients were estimated by solving the scattering phase function and, these coefficients properly captured the spectral and angular features of snow.

The main conclusions of the study were,