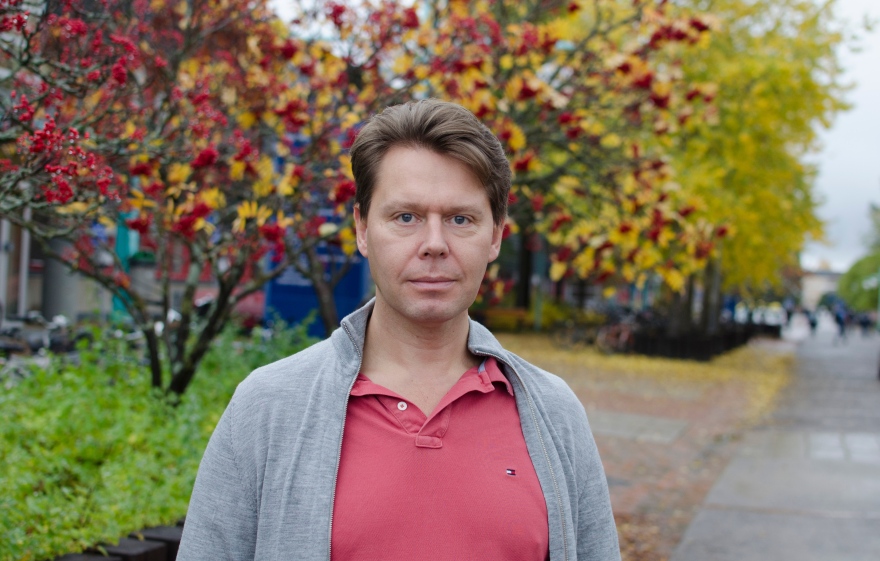 It is about refining and demonstrating the Sivpro measuring system to enable commercialization. The project extends over three years with a total budget of just over 10 million SEK. It is funded by Vinnova via the FFI program. Five industry partners participate with a test site; Volvo Trucks (preliminary in Umeå), Gestamp Hardtech (Luleå), Scania (preliminary Ferruform in Luleå), Volvo Cars (Olofström) and IAC (Gothenburg).

– The Sivpro system enables you to check that each product or component follows the drawing in a matter of seconds. A 3D image is created using synchronized cameras and then compared to the CAD drawing with a software that we have developed, says Mikael Sjödahl.

Sivpro (Shape Inspection by Vision in Production) is the result of 15 years of research in the area of shape measurement in industry, where the research is led by Professor Mikael Sjödahl, Project Manager for Sivpro, and Chaired Professor of Experimental Mechanics, Luleå University of Technology.

– It's about moving the measurement technology into the digital world. For example, when manufacturing components in the automotive industry, the quality requirements are very high with fractions of millimetres. We have taken it from an idea to a finished concept and it is not often you can make that journey as a researcher. It will be exciting to see where it lands, says Mikael Sjödahl.

Measures in the production line

Recently, the project Sivpro was successfully concluded, also described in the film below. In collaboration with Volvo Cars in Olofström, researchers were able to quickly measure components directly in the production line. Previously, it has been necessary to lift the component from the conveyor belt and make a control measurement, which took about an hour. Thus, one goal with the Sivpro system, which continues in the project Sivpro 2, is to be able to do the equivalent measurement in only one second.

– Although the industry may not have the need to be able to perform measurements in one second, we think it's technically possible to achieve it. Much of the innovation lies in the software, to be able to process the synchronized images quickly and convert it into a 3D model and compare it to the CAD model. The entire system, including the software, is developed at Luleå University of Technology and the core algorithms was developed at the Division of Mathematical Sciences, says Mikael Sjödahl.

The basic concept for Sivpro is already in place, so now it is about refining the technology and adapting it to industry. Mikael Sjödahl gives a few examples of what this will include:

– An important area for Sivpro 2 is that the system should present relevant data to the user, avoiding information overload. Another area is about developing a robust system that can handle a demanding industrial environment with dust and vibration.

The Sivpro system has been developed primarily for the automotive industry, but it can be used on almost any application that involves measuring a shape that is then compared to a drawing. Mikael Sjödahl also sees many more uses for Sivpro.

– I hope we can use the capabilities that this system allows to do more than just see if a product or component complies with the drawing. The system provides a lot of information about the manufacturing process that can be used to answer questions such as: Are the presses getting worn? Will the outcome be different when another material is used? Can you use the outcome to control the process in a smarter way? We also see this technique as the beginning of new research, which feels exciting.