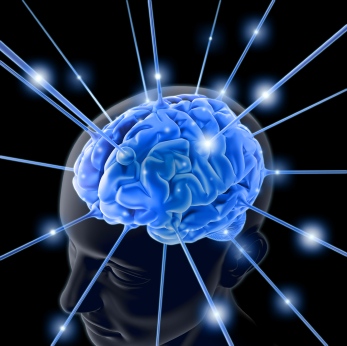 Figure 1: The brain is sensitive to oxygen deprivation and it consumes more oxygen and glucose than any other organ in the body. (Source of figure: http://spacesuityoga.wordpress.com/)

Stroke includes all afflictions which hinder the blood flow and thus the oxygen delivery to the brain. Every year about 20 million people around the globe suffer from strokes and in Sweden we have about 30 000 stroke patients yearly. Patients that suffer from stroke are often in need of a long rehabilitation. Consequently the disease causes great suffering for the patient and relatives, and it is a great cost to society.

The brain consumes more oxygen and glucose than any other organ in the body. Although the brain represents only 2% of the body weight, it receives 15% of the cardiac output, 20% of total body oxygen consumption, and 25% of total body glucose utilization. 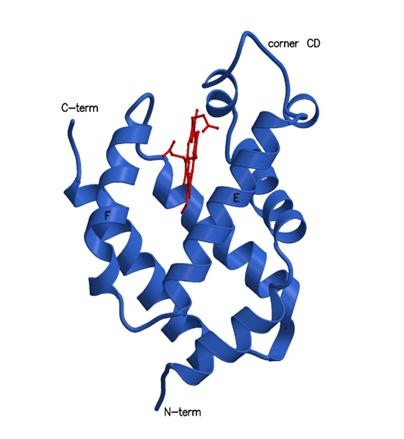 Figure 2: The structure of Neuroglobin, the newly discovered hemeprotein in humans which is mainly present in neuronal tissue

Hemeproteins are vital oxygen carrying proteins which are present in almost all living organisms, where they transport, store and catalyze chemical reactions of oxygen or oxygen compounds. Recently a new human hemeprotein was discovered and since it is mainly present in nervous tissue it was called Neuroglobin (Ngb). Research conducted on Neuroglobin in mice has shown the protein to have a neuroprotective role upon oxygen deprivation in the brain. But the mechanism by which Ngb protects neural tissue remains unknown. Several hypotheses have been proposed by groups of scientists around the globe. Oxygen storage, scavenging of reactive oxygen compounds and enzymatic activity are just a few. The hemeproteins affect on neuronal electrophysiological activity has not yet been explored. Our research group aims to examine if and how Ngb affects the electrical signaling ability of neurons.

In our research group we are developing methods to study how functional single cells react when they are exposed to different chemical environments in real time. We intend to investigate how Ngb affects the signaling capacity of neurons by studying their electrophysiological activity during hypoxic (oxygen deficient) and anoxic (oxygen free) conditions using the patch-clamp technique. Simultaneously, the oxygenation state of Ngb will be measured by using optical spectroscopy. To accomplish this, a multifunctional microfluidic system enabling the combination of the techniques described below is under development. 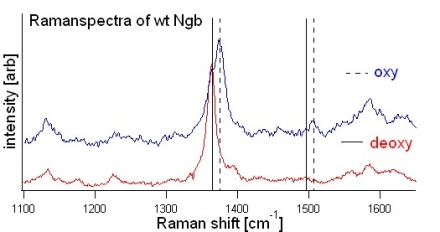 Spectrophotometry is used to measure optical properties of different substances at different wavelengths. Raman spectroscopy uses monochromatic light to get vibrational information about the content, concentration and state of a sample. The two techniques can be combined to identify the oxygenation state of Ngb, i.e. if oxygen is bound or not. Figure 3 shows how the Raman spectrum changes depending on the oxygenation state of the protein. 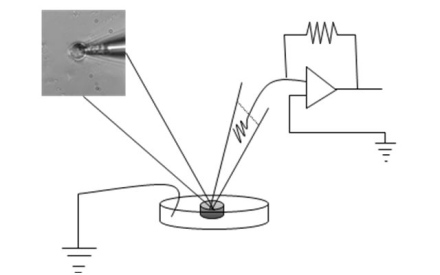 Figure 4: The principle of patch-clamp.

In order to measure the electrophysiological activity of a cell, a thin glass pipette including an electrode is attached to the cell membrane. An additional reference electrode is set in contact with the liquid surrounding the cell. Electrical currents or voltages over the cell’s membrane are measured over the two electrodes. The principle is shown in Figure 4.

Microfluidic systems consist of micrometer sized channels. The small dimensions of the micro-channels show interesting and unusual properties compared to those of a macro system. For example, the flow of fluids meeting in the channels is laminar; i.e.  no turbulence or mixing occur apart from diffusion, see Figure 5. A gas-tight microfluidic system provides full control over the oxygen content in the environment of the sample.

Optical tweezers base on optical manipulation, where a strongly focused laser light is used to trap and transfer microbiological object, such as cells, without any mechanical contact. The principle of optical trapping is based on the fact that photons carry momentum. When laser light interacts with a biological cell having another refractive index than its environment, the direction of the laser beam will be changed, resulting in change in momentum of the photons. This will generate forces pushing cells to the focus of laser light. Figure 6, shows a schematic image of the principle of optical tweezers.

Our research group has started to study the electrophysiological activity of neurons during hypoxic and normal conditions. The preliminary results show a consistent and reversible depolarization of the membrane potential upon hypoxia, as shown in figure 7. It still remains to investigate which ion channels cause the increase of the activity and how they are affected by the neuroglobin concentration of the cell. The preliminary tests show a need to increase the control of the oxygen level around the neuron in order to reach anoxic conditions. A gas tight multifunctional measurement system is under development. The goal is to enable simultaneous measurements of patch-clamp and optical spectroscopy during controlled oxygen conditions. The ambition is to design a laboratory that fits on a microscope slide. A schematic image of the setup is shown in Figure 8.

Figure 7: Hypoxia had a visible affect on MPN-neurons. 93 % raised their membrane potential (depolarisation) A, and 7 % showed a reduction of the potential (hyperpolarisation) B. The depoarisation was significant (p< 0.001) Fig. C shows the reationship between current and potential (IV-relationship) for the depolarising neurons, the relationship shows involvement of voltage gated ion-channels and mixed ion types. The numbers at each measurement point indicates the number of measurement the point is based upon. 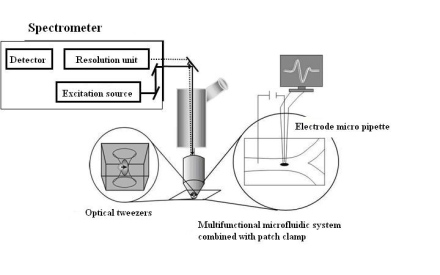