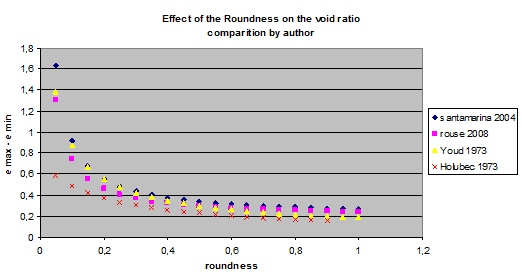 These materials are produced in very big quantities annually and have to be stored in an environmentally safe and economical way. The structures can become very big. The embankment dams have to be raised every year, in order to create enough space for the yearly production of tailings.

The tailings are crushed and milled material and thus extremely angular. Testing methods for granular material is based upon experiences from geological, rounded material. The need to understand the mechanical behavior of the material increases as the construction being higher and higher. Effect of particle’s shape of these angular particles on the soil behavior had been suggested since the earliest 1900’s and some interesting behavior had been found since then.