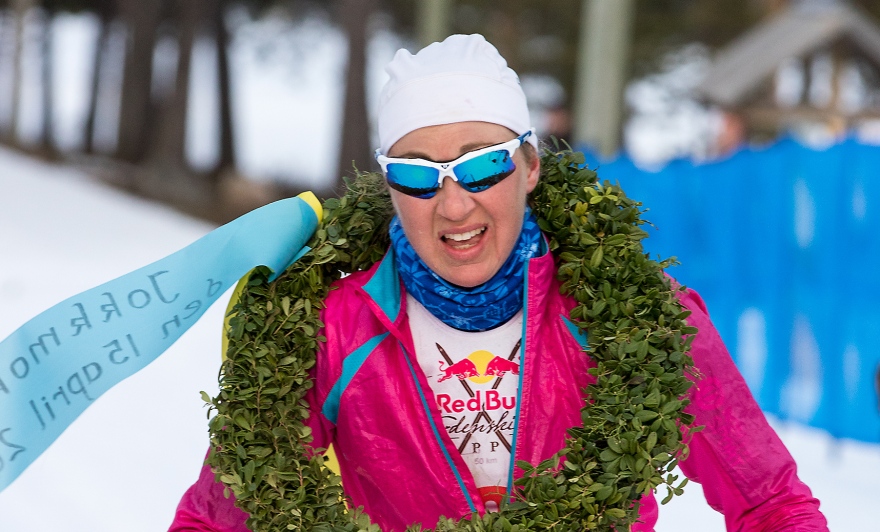 Nina Lintzéns research on storage of snow has received considerable attention. A warmer climate means that many facilities in the ski tourism industry are forced to find new ways to get a longer season. After the win of the Nordenskiöld Ski Race there were speculations in the media if Nina's knowledge of snow were to her advantage in the race.

Is your knowledge of research an advantage for you as a skier?

"I had very good skis and that is a prerequisite for it to go really well, so of course it is an advantage to have some knowledge of snow and the interaction between ski and snow, even if it is obviously the physical capacity that is most critical."

What new challenges do you see in future research on snow?

"I think research on snow is a growing area and several new projects are popping up all the time. Challenges, both to ensure the supply of snow early in the season, which is important for the winter industry but also to do it as climatesmart as possible."

What worries you most about the climate changes we see now?

"The great turmoil seen in a larger perspective's not that we can not go skiing in November, but it is the major climatic catastrophes of global warming, melting glaciers, thawing permafrost and everything else that global warming will bring. Then, it is worrying that emissions, consumption and all the driving factors continue to increase, this requires a vigorous and that everyone is doing their utmost to pull their share."

At Luleå University of Technology Nina Lintzéns victory in Nordenskiöld Race is a given topic of discussion after the Easter break and the university administration congratulates the winner of a fantastic race:

"Congratulations Nina Lintzén, an unbelievably fantastic achievement! Going 22 mil in that way, that's impressive! All that stood on a pair of skis at some point can probably make it. The performance requires both physical and mental endurance", says Erik Höglund, Professor at Luleå University of Technology.

The Nordenskiöld Ski Race was first held in 1884 by polar explorer Adolf Erik Nordenskiöld. The name of the ski race resumed for a few shorter ski competitions in the 1980s. This year's event was the first of the original route since 1884. The men's race was won by Andreas Nygaard, Norway.