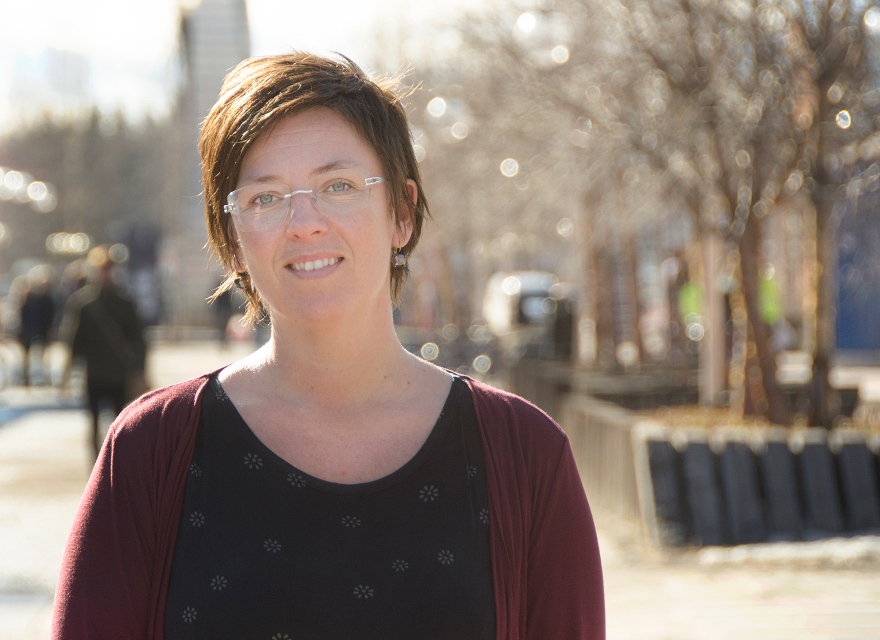 Kristina Söderholm, Professor and Holder of a chair at Luleå university of technology. Photo: Lars Andersson

- In fact, the history of technology is a rather small topic with perhaps ten professors in the Nordic countries in all. But my quest for the title has been a major force in recent years, says Kristina Söderholm, subject representative and newly appointed professor at Luleå University of Technology.

Started as a graduate student in 1999

Kristina Söderholm may be a rookie as a professor but otherwise has a long and solid history in college. Already in 1999 she was employed as a graduate student and at the time role models in the form of postdoctoral women were a far more unusual feature than today.
- Then there were only one postdoctoral woman in the whole department of social sciences compared to eleven nowadays. It gives today's female students significantly more role models, which is important to get even more of them to choose a future career in academia after the defense, says Kristina Söderholm who thinks she soon will get female professor colleagues in the subject.

- I know there are more women who are heading towards a professor of technical history at other universities so soon, I am not alone with the title anymore.

Wanted to be an actor

Research and an academic career was not what she dreamed about as a kid.

- No. I wanted to be an actor or musical artist and actually wen tot several post-secondary musical - and drama schools, including Calle Flygares Theater in Stockholm. Meanwhile, I have always been very interested in history so when I began my historical research studies in Luleå it felt like a natural step, she says.

Despite almost 15 years at Luleå University Kristina Söderholm feels no academic saturation but just the opposite. For that she thanks the department's special research environment.

- Here is almost all research interdisciplinary giving me the opportunity to bounce ideas and get inspiration from colleagues in other departments and disciplines. It is actually so funny that the hardest thing for me is to try to maintain a balance between work and family so that I do not work myself to death.