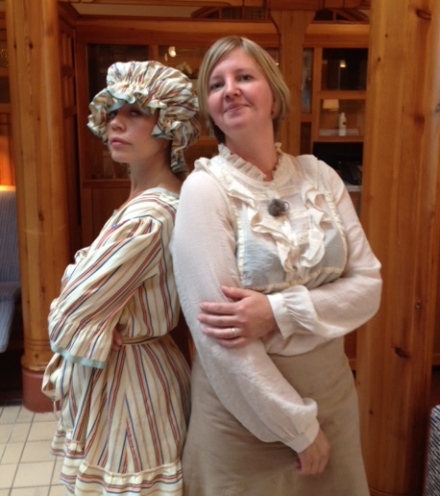 The theme of the program was the early 1900s and the recording took place at the fashionable Sturebadet in Stockholm.

– At the beginning of 1900 focused people on health, sport and outdoor activities. People were very fascinated by hiking in the mountains, but of course it was not all that had the opportunity to do so – as well as to visit Sturebadet, says Josefin Rönnbäck.

At the recording talked Josefin Rönnbäck about the perception of women in the beginning of 1900, about the fight for suffrage and the class perspective that also pervaded this movement.

– There were some class conflicts between the women in the fight for suffrage. All types were represented but it was essentially bourgeois and educated middle-class women in leading positions. 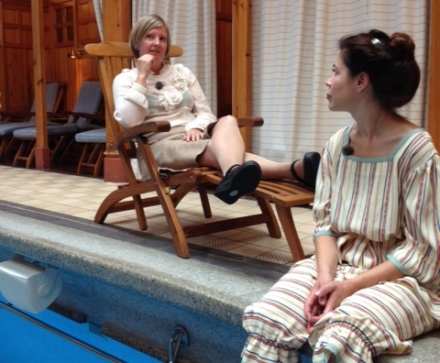 Two steps forward, one back

National Association for the woman's political suffrage was established in 1903 and got its first local branch in Stockholm. Reaching out with their message at the beginning of 1900 took some effort. Therefore travelled women around the country - on foot, on horseback and on skis - to stimulate involvement of their sisters. This resulted in 240 local associations from Kiruna in the north to southern Sweden.

– It's amazing. It was not quite accepted that a woman travelled by herself, and to get from Stockholm to Kiruna was not a one-day trip. And to speak in public encountered even more resistance.

How was the view of suffrage women during this time?

– They were not considered as real women. The men said they were ugly, asexual and probably gay. One can see similarities with the hate that women taking place in the public sphere encounter today. It's the same thought structure. There are certainly historical roots.

What was it like to attend a recording of such a big production?

– Really exciting. Many people who all had their distinct roles and tasks were involved. They were so professional. It was fun to see how they worked; for example, they took many retakes to get the right pictorial angle.