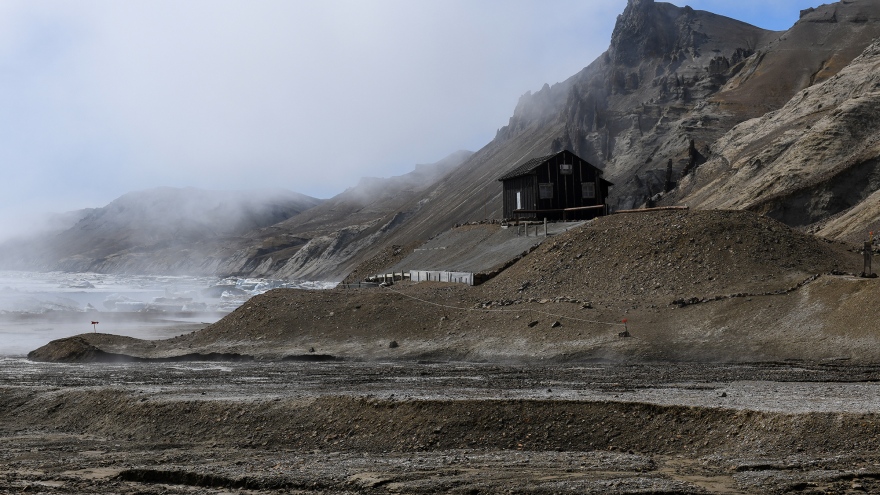 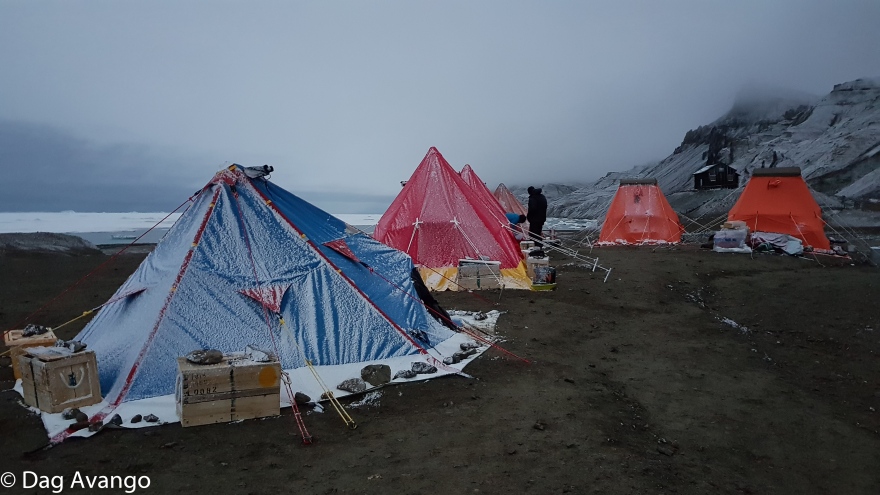 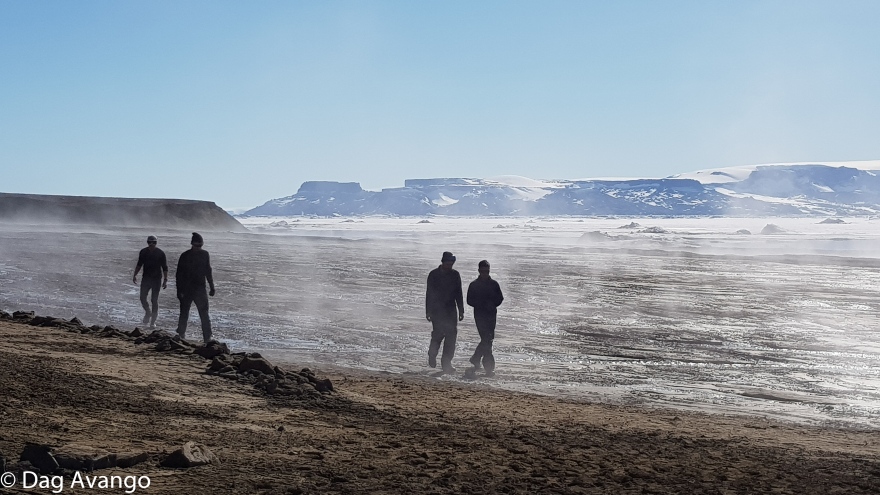 The expedition's Swedish team was led by Dag Avango, professor of history at Luleå University of Technology. The National Heritage Board, which participated in the expedition, has now published the expedition participants' comprehensive report on the preservation permits for the remains.

Nordenskjöld's expedition consisted of a multidisciplinary team of researchers in geology, geography, biology and medicine. A wooden research station was built on Snowhill Island. The original plan was to stay on the continent for a year to make mappings, climate measurements and collect samples, but in February 1903, their ship Antarctic froze in the ice of the Weddel Sea and sank. The shipwrecked men managed to get ashore on Paulet Island where they built a stone hut to survive the winter. Another part of the research group was stranded at a place that came to be known as Hope Bay. A stone hut for wintering was also built there.

One of the members of the expedition was the Argentine lieutenant José Maria Sobral and the expedition was later rescued by an Argentine ship. The remains therefore constitute, not only a cultural heritage for Sweden, but also for Argentina. The winter station on Snowhill Island and the stone hut in Hope Bay were among the first places in Antarctica to be listed as cultural monuments within the framework of the Antarctic Treaty. At a later stage, the remains on Paulet Island was also commemorated.

As early as the 1950s, Argentina began conservation efforts on the remains. According to the Antarctic Treaty, the remains must be managed jointly by Sweden and Argentina. For the remains on Paulet Island, the trusteeship is shared with Norway since the Norwegian captain of Antarctica, Carl Anton Larsen, led the group that survived in the stone hut there.

One of the purposes of the documentation that CHAQ2020 carried out on site in Antarctica was to assess the condition of the remains and propose measures required to preserve the memory of the first Swedish South Pole expedition.

– The big challenge for conservation is the consequences of climate change. The ice sheet that covers large parts of Snow Hill Island has decreased in size over the past three decades, we could see this through comparisons with older photographs. A large glacier that stretched south and west of Nordenskjöld's winter station has retreated a couple of kilometers. At the same time, the permafrost thaws in the ground on which the remains of the expedition's buildings stand, says Dag Avango.

The field work consisted of, among other things, laser scanning and drone-based photogrammetry, but also more traditional measuring methods and sound recordings. The expedition was organized and led by the Argentine Antarctic Research Organization – Dirección Nacional del Antárctico – Instituto Antártico Argentino. In addition to Dag Avango, the Swedish team included researchers from the University of Gothenburg who worked on behalf of the National Heritage Board, as well as from KTH Royal Institute of Technology.

The material from the documentation is published and freely available on the website Built cultural heritage in Antarctica. In addition to high-resolution digital 3D models, there are also drone films, drawings and both contemporary and historical photographs. Everything is packaged in a visually clear interface, developed by the University of Gothenburg's Center for Digital Humanities.

– It is important that Sweden contributes to preserving the remains of the first Swedish Antarctic expedition, partly because Sweden has an obligation to contribute to the administration, and partly because the remains carry stories that are important in our time. The remains are evidence that not only the great colonial powers have played an important role in Antarctic research. They are also a testament to climate change in the polar regions, the consequences of which are already global.

The expedition was carried out within the framework of the research project CHAQ 2020, a collaboration led by Luleå University of Technology and KTH Royal Institute of Technologyin collaboration with the Swedish Polar Research Secretariat and the Instituto Antárctico Argentina.

Read the report in its entirety