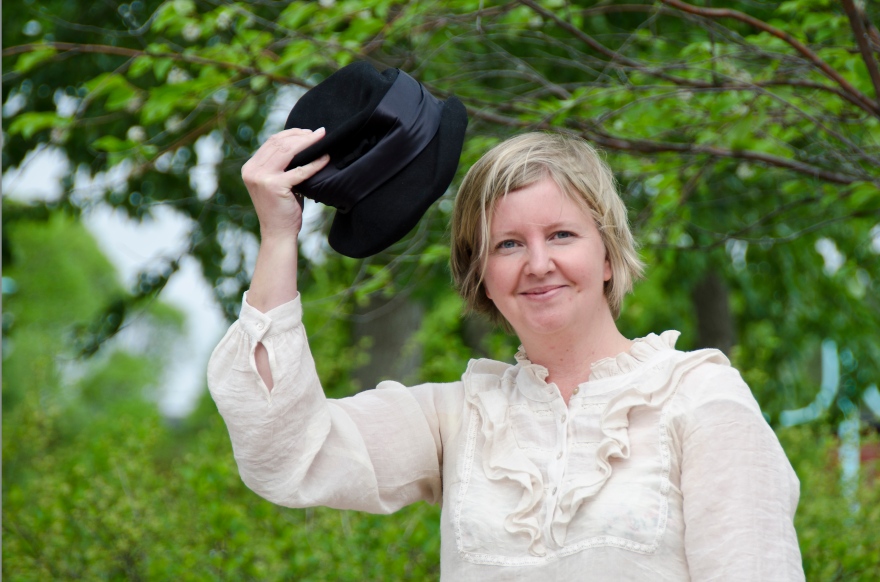 When Josephine Rönnbäck goes into the role of Frigga Carlberg, is the hat on.

– This whole year has been dedicated to commemorate and celebrate that the women have had political rights for 100 years, but I've had a chance to participate on perhaps the finest day. They organize a seminar at the place where it all happened – the Storting, says Josefin Rönnbäck.

In 1913, when Norway said yes to women's right to vote and became a democracy, the corresponding debate in Sweden was most intense. This is something that Josefin Rönnbäck knows a lot about. Her research has mainly focused on the suffrage movement, as engaged women in Sweden in the early 1900s.

Irony as a weapon

The title of the seminar in the Storting is Power of women's arguments - About rhetoric in the fight for women's right to vote 1880 to 1913. Based on this, will Josefin Rönnbäck tell how the Swedish suffrage women used humor and irony as a weapon.

– The women met with enormous resistance and ridicule. And what do you do in the end? Either you get tired or decide to laugh at the misery. Frigga Carlberg, a woman in the Swedish suffrage movement, chose the latter. She wrote a monologue based on the opponents' arguments. It must have been funny then, but now nearly 100 years later emerges arguments even more silly. It was a way to strengthen the unity and progress in the fight, says Josefin Rönnbäck.

Josefin Rönnbäck has expressed Frigga Carlberg's monologue on a number of occasions, but this time she leaves the script to actors from the National Theatre. Her role is that from a scientific perspective comment on what is being said.

– It is great fun, flattering and exciting. I have quite a lot of stage fright. I did not realize how big and nice it was from the beginning. It was lucky because then I might not have dared to accept the challenge, says Josefin Rönnbäck.