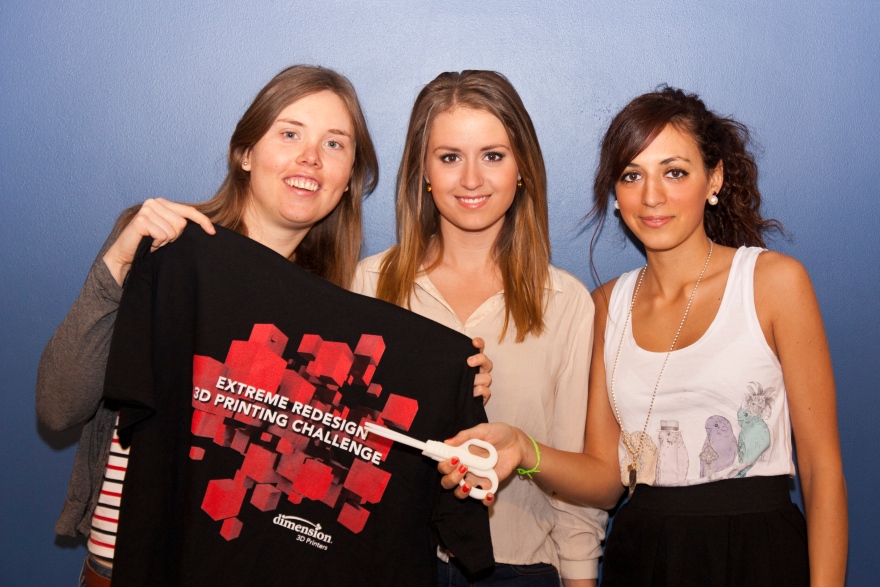 2012 Extreme Redesign is an international design competition in the United States. This year participated more than 800 teams divided into three competition categories: students in high school, university or design school. The LTU students were involved in the competition as a part of a course in industrial design engineering. The assignment was to find a problem and resolve in a new way, or do a remake of an existing product which don´t fulfill the needs.

– We were looking for needs, found the needs and examined them. Then we looked at the products available today. We made a decision about what to bet on and moved on. During the idea phase, we realized early on how we wanted it. After that, we developed models. Last of all, we made a CAD drawing. It was a fairly quick process, says Elise Offerman.

According to Elise Offerman are the universal scissors available for right-handers today not good enough. The ergonomics is adapted to suit left-handed, but the blade is still suitable for right-handed. Therefore becomes the incision not as accurate and well.

– We have developed rotating scissors that can be optimized for both right-and left-handed, says Isabell Boqvist.

Have you met any challenges?

– We needed to look at how the blades of scissors are constructed. Previously we had not thought about how scissors are designed, says Therese Ostergren.

– When we were doing the CAD drawing, we found some problems. We saw that certain things would not work so we had to rethink, says Elise Offerman.