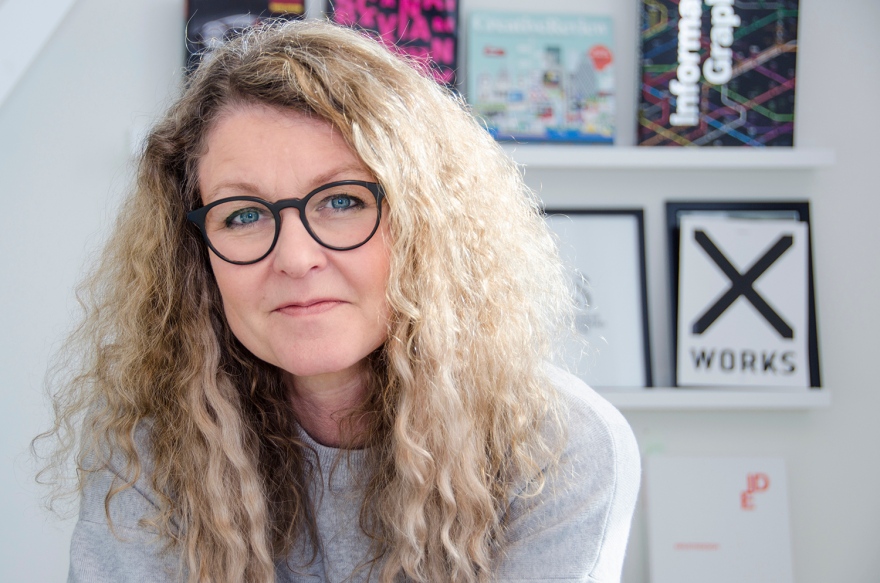 Åsa Wikberg-Nilsson is glad that so many companies have shown interest in participating in the project. Photo: Melina Granberg View original picture , opens in new tab/window

Formulations in recruitment advertisements affect those who feel belonging and interest in a job. By developing a service to identify and address bias in, for example, recruitment texts, the project will contribute to increasing the use of inclusive communication.

Several companies are participating in the project. One of these is the competence supply company Terminalengruppen, which is based in Luleå.

– Sweden is facing a major challenge to remedy the skills shortage that otherwise threatens to slow down development in the labor market. We must be able to attract the right kind of competence and give everyone the same opportunities. I think this project can contribute to the solution. In addition, I am personally passionate about objective assessment in the recruitment process and have previously participated in similar projects, including the development of ISO standards around the area, says Peder Hansson, CEO of the Terminal Group.

A static view of language

In a first phase, the project participants have made an inventory of the services, software and algorithms that are already on the market today and which are used to analyze exclusive expressions in images and texts.

– The problem is that these services do not work very well. They are based on a static view of language, that for example certain words are gender-coded. when words and other symbols in fact get their meaning and value, based on the context they are in, says Åsa Wikberg Nilsson, assistant professor of industrial design and project manager.

The meaning of a word or image is colored by surrounding words and images. Furthermore, a text is interpreted based on the reader's idea of who wrote the text. In experiments it has been shown that subjects make completely different interpretations of one and the same text, depending on whether they believe that the text was written by a man or a woman.

Based on the shortcomings in existing systems that the inventory has demonstrated, the project will develop a digital service with an AI solution based on the extensive research which shows that communication is context-dependent. In addition, the service must be user-friendly and attractive to use by companies and organizations. The AI service may become an ISO standard for inclusive recruitment. The service is expected to be ready for commercialization in the spring of 2022. Beta versions of the service are under development and will be tested and further developed continuously by the participating companies throughout the process.

– We are now initiating shorter design processes to explore different parts of the service to co-create a solution that they want and need. It is fun that so many companies have been interested in joining. This shows that exclusionary recruitment and the risk of losing skills is a problem that is taken very seriously by employers.

In addition to the test companies, the opinion-forming organization Teknikkvinnor, as well as the digital business development company Tromb and the AI development company Substorm are participating in the project. The NoBias research project is funded by Vinnova for a period of two years with project funding of SEK 2 million.