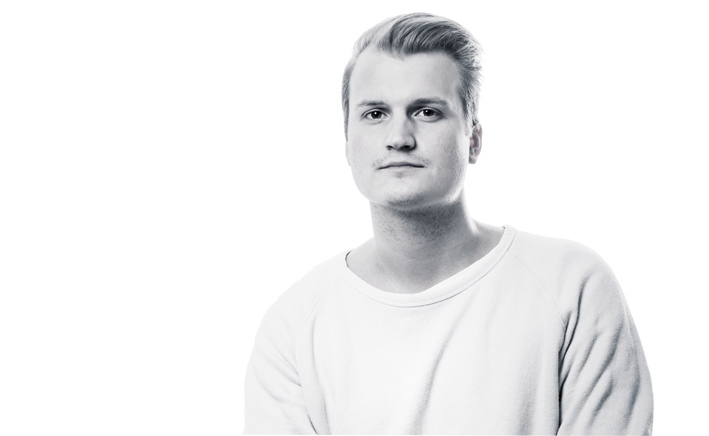 - I was very happy when they offered me the job. For me this is a dream job, says Vincent.
The reason why he got the chance to do his thesis at Leica was a design concept for an as-yet imaginary camera called Leica X3 that Vincent was working on the side of his studies.

- The idea was born on a trip to New York City where I experienced great annoyance at never having the right camera with me. This mainly due to the cameras' varying size. A week later, I accidentally picked up an old lens cap from my pocket when I wanted to shoot a picture. Then I realized that I wanted to make a camera in the same shape and size as the lens cap, he says.

Vincent are a admirer of Leica cameras' design language and decided to use these as inspiration.

- The idea is that Leica X3 will serve as an additional camera to a smartphone that automatically sends the images to your phone in which you then edit and share pictures. At the same time it would also serve as a small traditional camera for deeper control over the outcome.

The result of the work was then put out on his website and it was not long before Leica contacted him.

- They told me that they liked my idea and they wanted to meet me in person. So I went down to Germany and showed them my student projects, and then I got the chance to do my thesis work with them, says Vincent, who today works as an industrial designer.
- I work with everything from graphic design to marketing or pure product-related industrial design. It is a great fun working with great variety.

Vincent Säll enden his five year long education at Luleå Univeristy of Technology in the spring and when he looks back on his time at university, it is with a sense of gratitude.

- My time at Luleå University of Technology has been hugely rewarding both on a professional and personal level. There I met people who will have a big place also in my future and the education provides all students with a strong platform to stand on, but also a unique openness to personal development which has a crucial role professionally. For that I am very grateful.