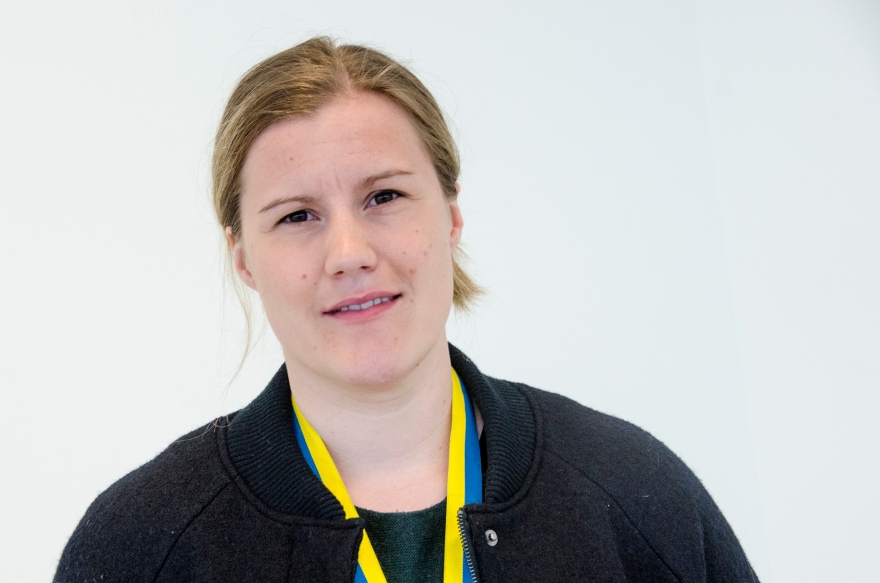 The most recent weeks have been intense to the team captain. Studies, endgame, gold winner and the World Cup in Canada – a championship where Sweden placed fifth. Emma Eliasson has just got home again. But how does it feel now, just over two weeks after the gold in national hockey league?

– I have not had time to let it sink in. But when I look at the pictures after the finale, I wish that other female hockey players got to experience the same thing. It was really cool.

The support from the fans she describes as unbelievable, a mutual love that arose early in the season.

– We had never expected to get so much support. We are so happy about it.

Emma Eliasson is now on her second study year. She is happy with her educatuion and to study turned out to be really fun.

– I did not believe it, but it's really fun. Economy is a wide subject. I learn new things every day, terms I never heard of before. I get a larger portfolio of knowledge, a larger world. After my graduation I want to work with marketing. It's something that I have thought about the last five years.

Combining school with hockey has been relatively unproblematic. But full-time education and at least four hours of training each day requires professional planning and self-discipline.

– My season has been very special with a lot of national team games. However, many school assignments can be done through the computer, so it has worked really well.

During the endgame got Emma Eliasson help by a study counselor to rearrange the courses, to be able to study part-time.

– It has been great to study 50 percent during the intensive game period during spring. It was important for me so I'm incredibly grateful to it. Now I will be fully focused on my studies and I will try to have a little fun too, says Emma Eliasson.