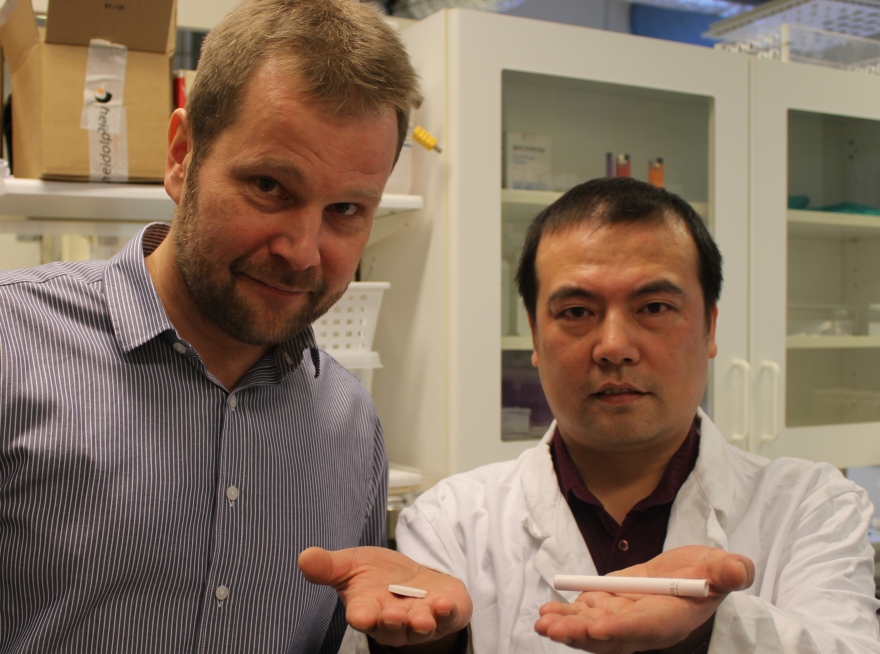 - The financing was solved after we got clear a cooperation agreement with a major Japanese company. I can´t tell you which. Our focus right now is on managing the industrial scale-up of manufacturing methodology, says Jonas Hedlund, Professor of Chemical Technology at Luleå University of Technology. 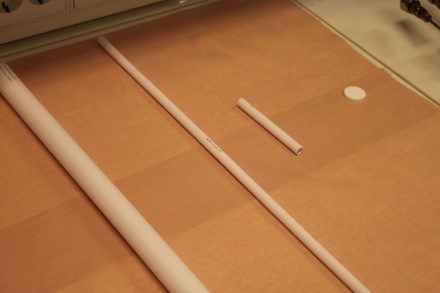 On a workbench inside the chemical engineering lab they are lined, the white zeolite membranes. They are about the world's thinnest and therefore most effective zeolite membrane, produced at Luleå University of Technology. The end goal is better, greener and more competitive separation process in demanding industrial environments. The zeolite membrane on the far right of the bench is flat and has the shape of a larger coin. This is the old model, which Professor Jonas Hedlund and his research team developed several years ago. It is the new cigarette-like variant that is in focus. The ten cm long cigarette tube with a channel through, has a much larger membrane surface than in the past, is made with a new patented method and represents a major leap forward in research towards real use- sharp use in a large-scale industry.

– We have taken a giant step forward. The challenge is to be able to manufacture larger variants that are 50 centimeters long with 19 channels and make them fully reproducible, says Jonas Hedlund.

Competitive on the world market

A zeolite membrane is a nano-material that is very effective for separation from different gas mixes. In short a membrane separates two substances by allowing certain molecules to pass through, while others do not. The potential market is huge when virtually all industries in the chemical, petrochemical and natural gas purification industry invest considerable resources in gas separation.

– We have made calculations and compared ourselves to our closest competitors and we have seen that we are competitive. We are both better for the environment and more cost-efficient.  Our membrane technology is also more energy efficient and can therefore be used to reduce industrial energy consumption by replacing energy-intensive processes, says Jonas Hedlund.

Pre-market launch is promising as Jonas Hedlund has been granted two million SEK from Vinnova and another half million SEK from the Längmanska entrepreneurial fund. One large company from the US and one from Japan have signed cooperation agreements. The membranes will also be tested for the separation of carbon dioxide from the blast furnace at the steelmill SSAB in Luleå.

– It is overwhelming when you realize how big and fundamental gas separation is for our industrial world. Our market research shows a great interest from many global industries. Zeolite membranes have a huge export potential, partially because of  Luleå University of Technology and that Jonas Hedlund's research is so well known within the industry, said Emil Svanberg, business developer at LTU Business AB at Luleå University of Technology who created the commercialization strategy together with the research team.