The project is comprised of the following subprojects: 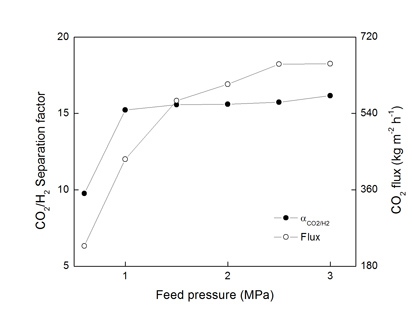 I. Recently, using MFI zeolite membranes prepared at LTU a permeance of CO2 of 45 × 10-7 mol m-2 s-1 Pa-1 was achieved which is the highest ever reported for zeolite membranes and also more than 1000 times higher than for polymeric membranes. This resulted in a CO2 flux of more than 500 kg m-2 h-1 and a CO2/H2 separation factor of 15 at room temperature. 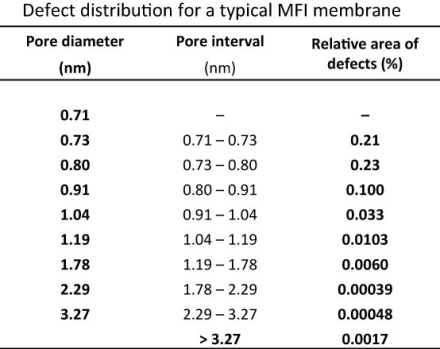 II. A significant progress in membrane characterization has been achieved. A model based on percolation theory has been developed to describe helium transport in MFI zeolite membranes in the presence of hydrocarbons. Using permporometry data in combination with the model, flow-through micropores down to 0.7 nm can now be detected and characterized. 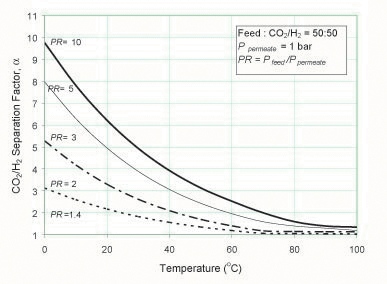 III. New insights have been provided into mass transport of CO2 and H2 in MFI zeolite membranes using Maxwell-Stefan modelling. This work made it possible to predict best operating conditions for CO2/H2 separation process using our membranes.

Modelling is essential to understand the fundamental processes in materials on the microscopic scale. In this subproject we aim to model the properties of zeolites (preferential adsorption sites, diffusion, thermal expansion and mechanical properties) with hitherto unprecedented accuracy based on calculations at the density functional level of theory.

This is an exceptionally challenging aim (given the size and complexity of the systems to be studied) and has therefore previously only been addressed using parameterised force fields, which require far less computational resource. However, the scatter in results depending on the parameterisation and the failure, as yet, to qualitatively describe properties such as the thermal expansion of zeolites points to either improving the parameterisations or the full inclusion of subtle electronic effects, both requiring a more sophisticated level of theory. 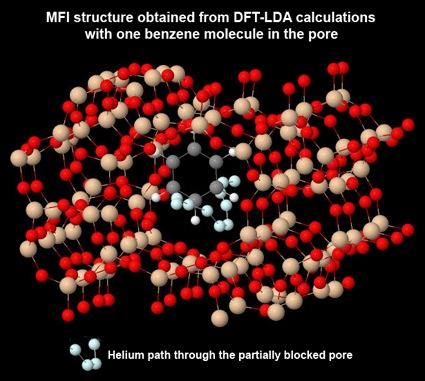 Although tight-binding is often considered the next rung-on-the-ladder, or a stepping-stone to include electronic effects between force fields and density functional theory (DFT), recent work in the group [1] has been able to access the accuracy and robustness of DFT in a time comparable to tight-binding.

Research in the group ranges from fundamental studies of quantum mechanical phenomena in condensed matter systems, methodological development, algorithm development and design and applications. Using, and developing (in-house), powerful state-of-the-art simulation methods [1-4] implemented in the AIMPRO suite of codes enables us to tackle the signficant challenges present in the modelling of zeolites from first principles.

The project is a collaboration between Luleå University of Technology and Stockholm University, and it is sponcored by the Swedish Foundation for Strategic Research.