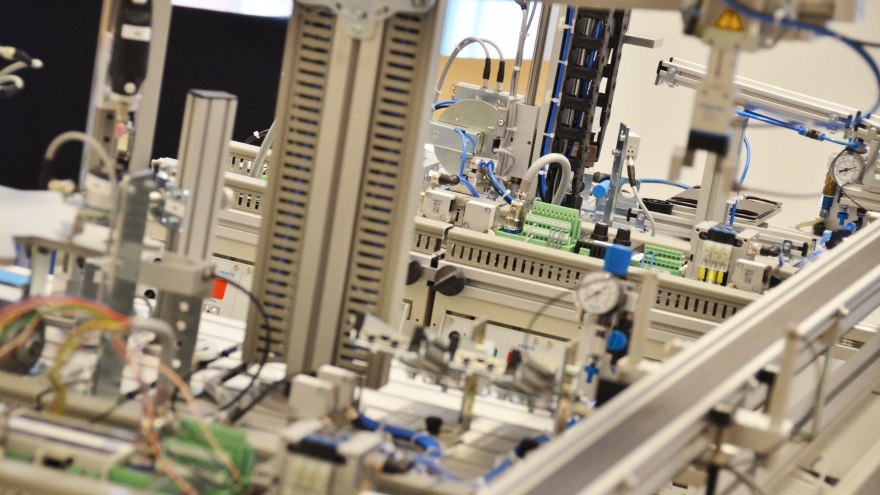 Valeriy Vyatkin, Professor of Dependable Communication and Computing at Luleå University of Technology, hopes that the new lab will contribute with important knowledge on the factories of the future. 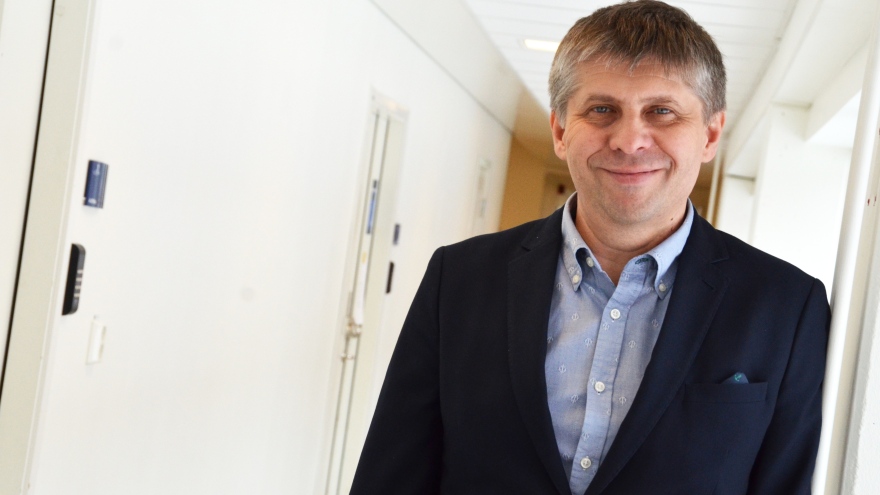 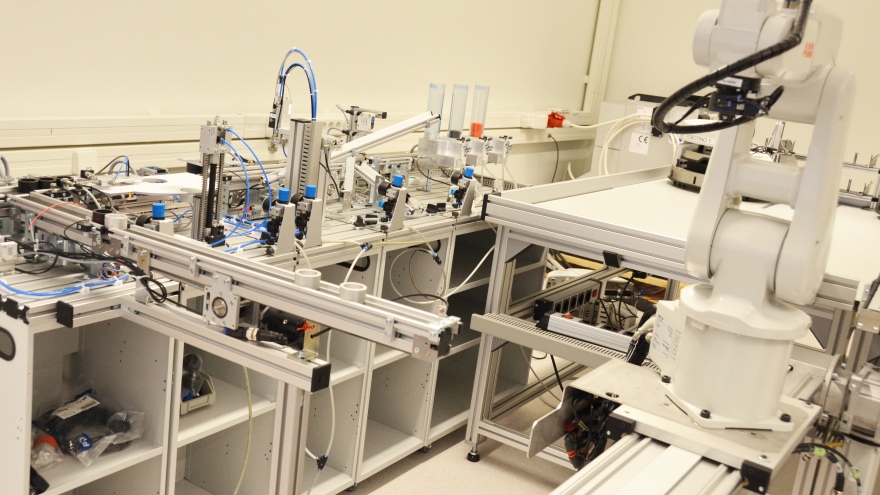 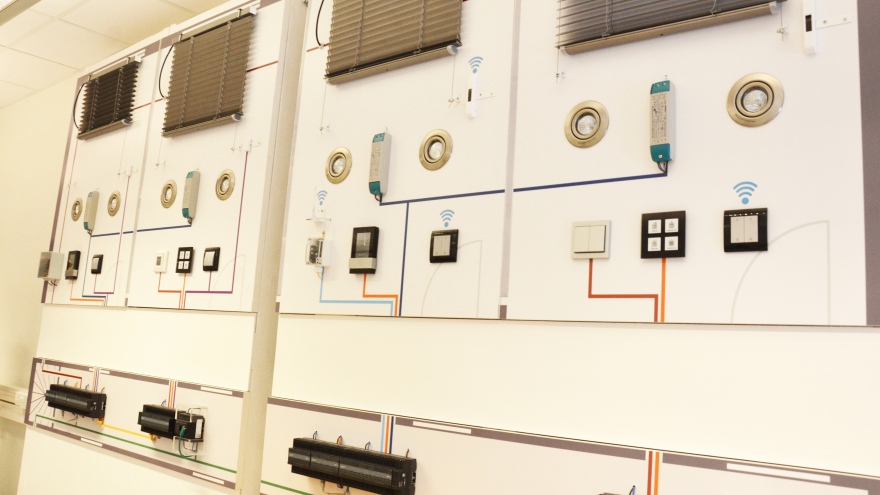 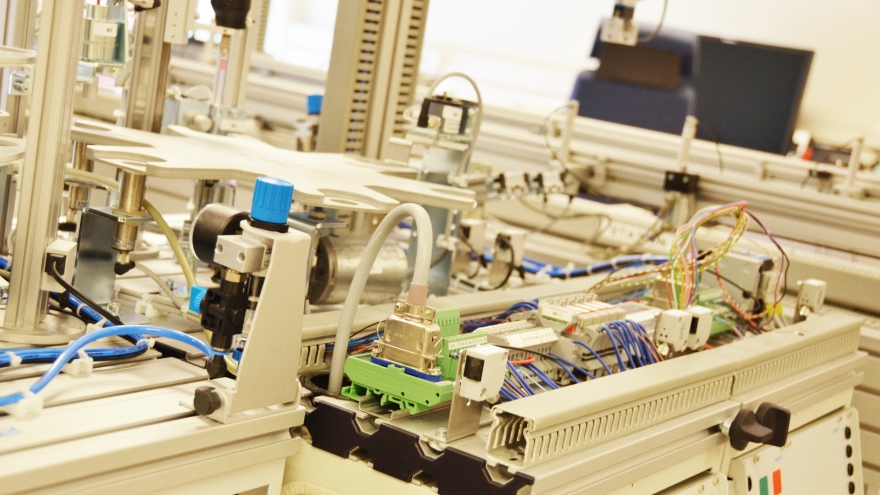 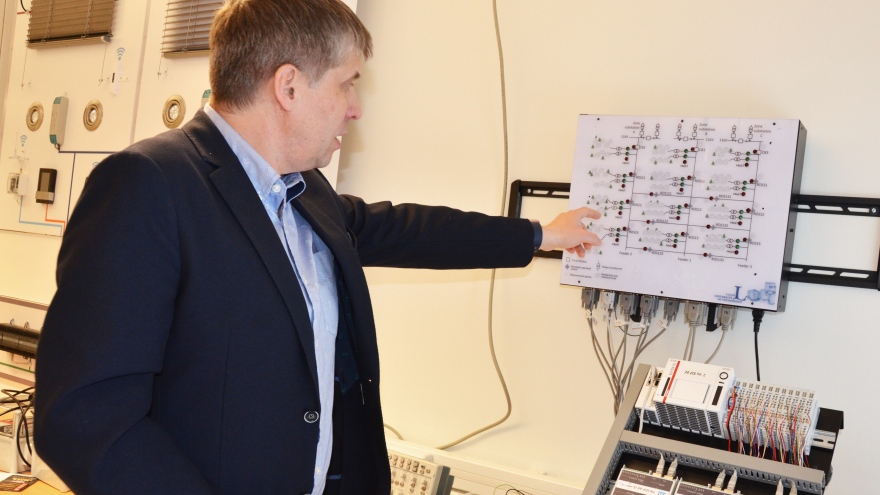 – The unique thing about this lab is the existence of three different automation domains; a robotized automation system, a system for building automation and infrastructure for energy distribution. These three domains make the lab the perfect test bed, says Valeriy Vyatkin.

The key feature of the lab is the use of distributed automation. All machines, robots, electric grid equipment etc. are connected to the internet and the researcher’s task is to create software that improves the devices ability to interact with each other. For example, if a robot’s vision system wants the lights to increase, this could be communicated to the system that controls the lights.

– We deal with software architecture for industrial Internet of Things. Software has become so complex that we need to find a new way of thinking. We try to simplify the way of writing applications which run on many computers embedded into machines, robots, light bulbs and so on, says Valeriy Vyatkin.

During the last decades a lot of Europe’s manufacturing has moved to countries outside EU. Valeriy Vyatkin is convinced that if Europe is going to reverse this course, we need to convert from big factories to Industrial Internet of smaller very flexible and versatile production units based on advanced technology and sophisticated software.

– If we are to bring back manufacturing industry to Europe, we need to do it smarter, more energy efficient and to a lower cost that have been possible before. Production can be profitable but costs need to be reduced on all fronts. Our lab is the real Internet of machines, where it is possible to connect different units to a working system with much less effort than is the case in industry now. Besides, one can immediately see in 3D simulation, like in a computer game, how the system will be working.

Hence, the lab is a test bed for interdisciplinary research on computing and communication for industrial needs. The researchers of Dependable Communication and Computing are hoping for broad interdisciplinary cutting edge collaborations. Even before the official opening, the lab is already used in the European project DAEDALUS that develops revolutionary new software design technology for production systems. But there is also another important purpose with the lab that Valeriy Vyatkin really wants to highlight.

– Hopefully we can inspire students with the variety of challenges and exciting opportunities industry provides for adventurous minds. We want to inspire kids to see the exciting potential in future software, manufacturing and other industrial processes, he says and continues:

– Our efforts in virtualization and digitalization of manufacturing also aims at lowering the threshold for working in the manufacturing domain. For example, one with basic programming skills will be able to develop software for production companies. This should open new exciting job opportunities for many who are currently not even thinking of it.

Read more about the lab