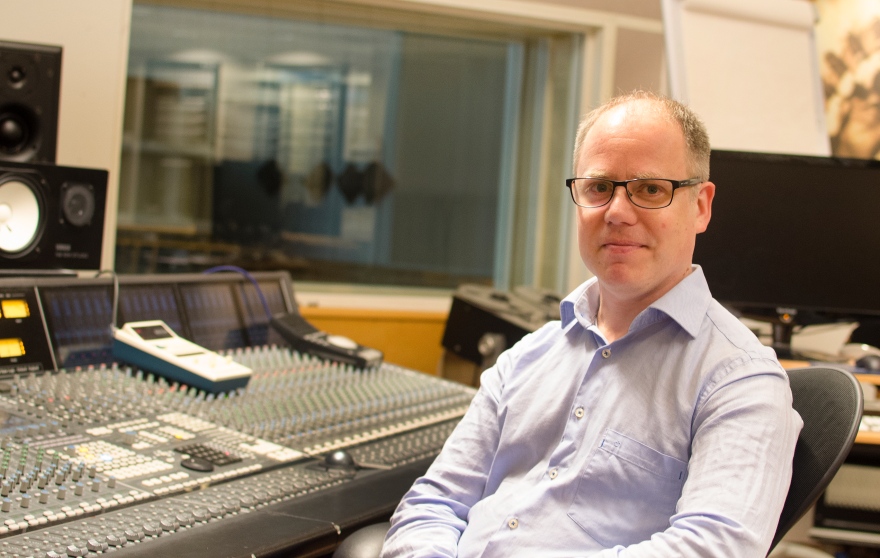 - We were contacted by the EBU who was particularly interested in our research on the measuring instruments sound engineer uses when broadcasting live. They wanted to find out how the new measuring instruments can be refined so that the technician should be able to adjust the sound to the perceived sound levels. In my research I have looked at various indicators with different patterns of movement to thus find the best tool for the technician. A meter can for example be quick and show how sound is perceived correctly but then be difficult for the sound engineer to perceive with the naked eye, said Jon Allan, PhD student at Luleå University of Technology.
The work for more consistent sound levels has already started and Jon Allan believes that a solution could be imminent.

- If everyone followed the new guidelines, the problem would already be solved. In several countries, the recommendations of the EBU is statutory but in Sweden it is still voluntary. But at least SVT and SR have come a long way and I think they will follow EBU guidelines already within a year.

The reason that the uneven level between programs, or even within the same program, occurs depends largely on the fact that most of the broadcast measure sound along the top level and not for a new measurement standard called "loudness".

- It measures the sound level in a way that is closer to our own perceived sound level. But most distributors make use of instruments that measure at the top level instead, leading to a competition between the stations of who can send as strong as possible. This in turn has meant that the dynamics has been lost and the major differences arise between different programs, says Jon Allan wh believes that the differences in sound levels becomes an availability issue.

- The most frequent example of the uneven sound levels is arguably the commercials on radio and television. It irritates many and are often experienced as a discomfort. But it is also about audibility. If an program is weaker, it is also a problem especially for those who have little harder to discern what is said. Then it's really important to have regular volume levels so that they can understand what is said in a newscast, for example, says Jon Allan.