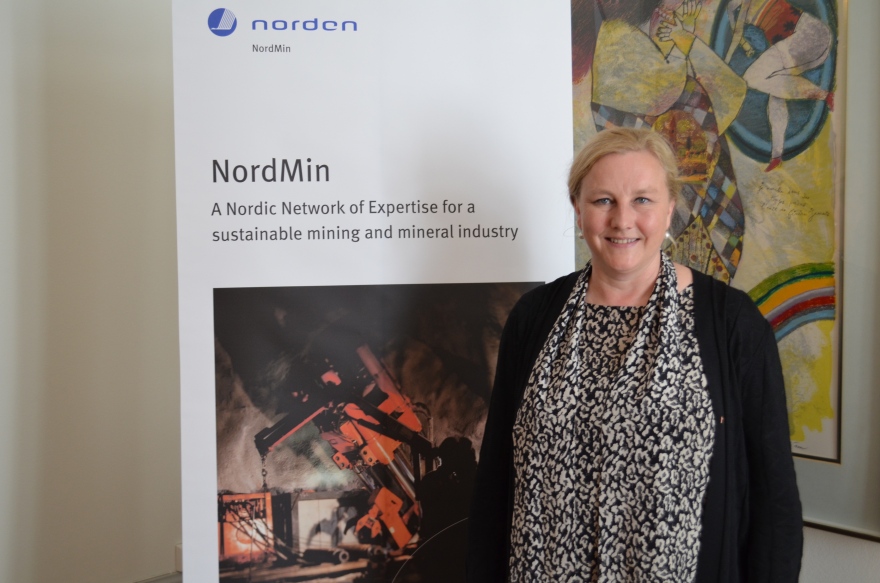 NordMin funded by the Nordic Council of Ministers of 10 million Danish kroner per year over three years, 2013-2015. The overall objective of NordMin is to strengthen the Nordic mining and minerals sector's competitiveness and contribute to green, sustainable growth in the industry. This should be done through targeted investments in research, innovation and training conducted jointly by the actors in the Nordic region.

NordMin has a large Nordic added value and some parts of the project will focus on is about:

- The Nordic countries have large reserves of metals and minerals in the bedrock. With a long history of mineral exploration and mining, the Nordic countries today mining companies, many of which are world leaders in their sectors, says Ewa Björling.

By gathering in a Nordic network may Scandinavia now a clearer, stronger voice in international calls. It is important not least in the developments taking place at European level where major research efforts in the mining industry is already initiated or planned. Europe's future metal supply is an issue that is high on the European agenda and where the Nordic countries have an important role to play.

Within NordMin underway now an establishment where a focus on research activities, which are common issues to be discussed and how we may improve mobility and strengthen cooperation between the Nordic countries. Work is carried out by an expert group of Nordic players in the mining area and has now formulated a business plan for NordMin. This will shortly be made available to all members of NordMin also have the opportunity to comment on the content and direction.

When business and shapes are defined project funding will be announced in the autumn. Grant applications will be evaluated in competition and assigned to projects that have high scientific quality and that clearly creates a Nordic added value.

NordMin has the shape of a Nordic network, which is open to everyone who contributes to or affected by the mining and minerals industry operations. The network is coordinated by Luleå University of Technology.