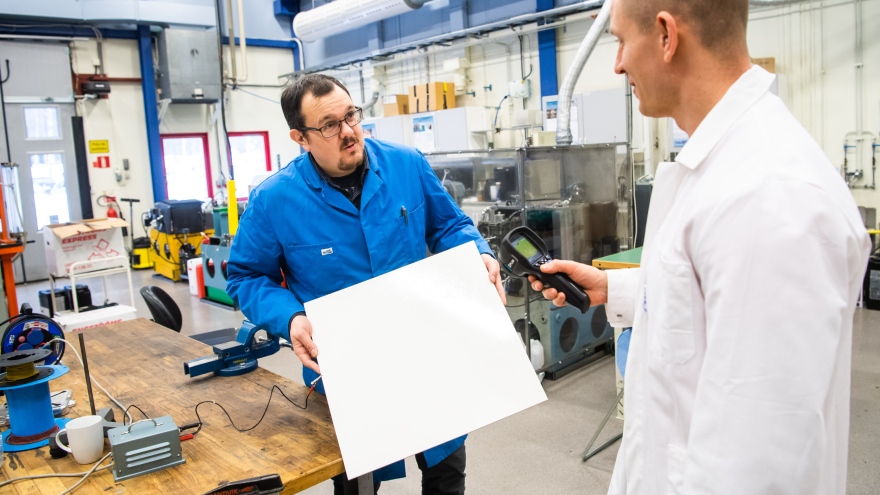 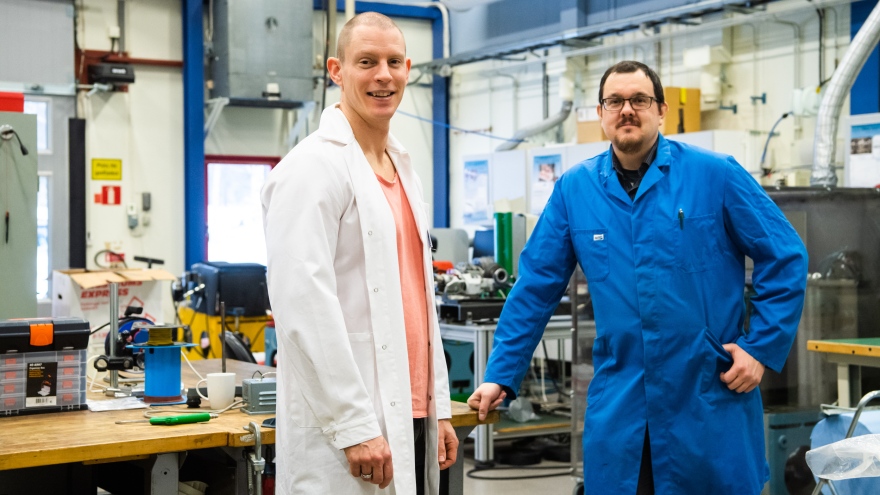 – It can be used on wind turbines, but also other buildings or structures that have problems with ice and snow, says Marcus Björling, researcher in tribology.

The project is a collaboration between a number of actors in business, academia and regional authorities. The Norrbotten region plays an important role as a financier together with the EU's regional funds, and universities in both Sweden, Finland and Norway are involved.
The purpose is to meet the challenges that ice and snow pose in the northern regions.
– Society is more vulnerable in these regions, more extreme than further south. The project is really about preserving the resources we have and protecting society from losses of important social function, despite difficult conditions, says Marcus Björling.

This will be achieved by focusing on three areas; electricity supply but also supply of communication and data, electricity generation and snow loads on buildings and other structures.
As an example, Marcus Björling cites snow loads on overhead lines, ice and snow which cause problems for wind turbines both in terms of production and as a risk to people in the event of a fall, as well as the major damage that can occur to buildings at high snow loads.
– Wind turbines, for example, must be closed for de-icing if too much ice and snow. In addition, it is a safety risk for people who work or live nearby, deaths have occurred when ice has fallen from high altitude, says Marcus Björling.

Björling is part of the research group representing Luleå University of Technology in the project, and is now working with a new kind of surface coating that can be applied to, for example, wind turbines.
– It should prevent ice formation, and to the extent that it arises anyways, the coating should also be able to get rid of it, says Marcus Björling.
The technology has so far been successfully tested on a small scale in a previous project, now the research team looks forward to testing it on a larger scale.
Within the framework of the same project at the other universities, innovations are also being tested, and the hope is to find areas where they can be combined.
– For example, the researchers at the University of Oulu are working on an ice load sensor that should be able to sense how much ice has been built up on a structure. There might be a possibility that their sensors control our surface coating, says Marcus Björling.