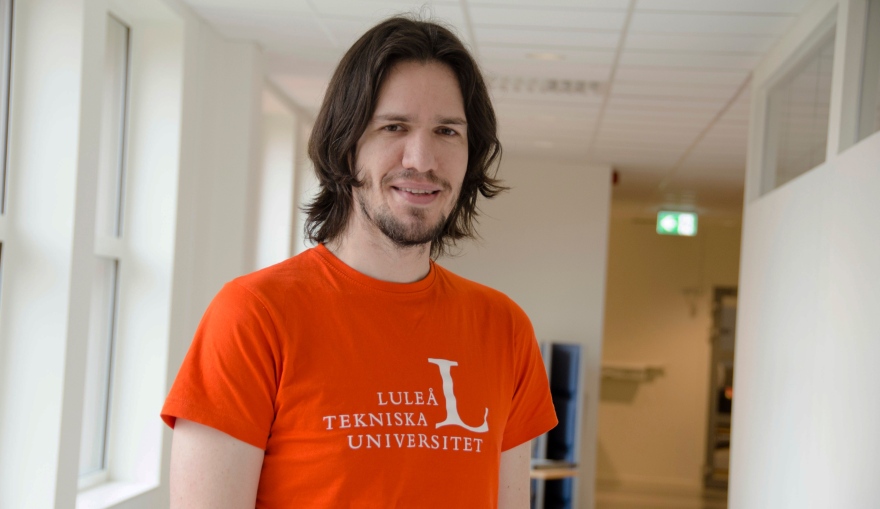 The primary purpose of machine learning is trying to imitate human intelligence. Instead of conventional computing, the researchers try to mimic biological neural networks. In our brains, we have neurons that transmit electronic signals. One brain neuron connects to ten thousand other neurons and in total; there are more than a billion of them in our brain.

– On a high level, we can imitate the concept of human neurons. If you present thousands of samples to an artificial neural network, it will start to learn by itself. The neurons and neural networks have different architectures for various tasks; they are like Lego building blocks. Our job is to put these building blocks together correctly for a specific task, Marcus Liwicki explains.

Often, machine learning is intermixed with artificial intelligence. However, the two concepts are not the same.

According to Marcus Liwicki, machine learning can help humans with boring tasks that requires human intelligence. For example, imagine a researcher looking at thousands of satellite images – eventually it gets boring, the researcher gets tired and the risk of making mistakes increases. Machine learning and neural networks are the opposite of human activity; a computer never gets bored or tired and the more pictures a computer looks at, the more accurate the result will be. At such tasks, neural networks have far better accuracy than humans do.

– This enables human experts to focus on more challenging tasks. First, we invented the wheel, then electricity and after that industrial automation. Artificial intelligence is the next natural step. I am often confronted with the fear of the risk that people will lose their jobs when more and more tasks are automated. Rather, the quality of life will increase a lot and enable us to focus on tasks that we find more interesting, says Marcus Liwicki.

– In addition, machine learning enables us to analyze amounts of data and see patterns that we could never do ourselves.

– There is potential. Let me give you an example with a well-known experiment with a small spider like robot. The spider was supposed to explore and navigate in an environment surrounded by walls to prevent it from escaping. After a while, the spider starts to jump due to artificial curiosity. The spider continues to jump and suddenly it jumps over the wall. So, every time you think you have artificial intelligence under control; it can get out of control.

Marcus Liwicki is convinced that humans really could benefit from embracing the relationship with robots instead of the opposite.

– We could have a more positive attitude towards robots as long as we can be sure they will not harm us. We can see them as good co-existing companions. I think it is very likely that at some point, the AI-intelligence will be smarter than we are in various areas and we will actually make it control us. In many areas, we are already relying on AI, for example your navigation system in your car. You ask for the way and do not pay attention where you are going and hence give up your control. The human becomes an interface between the navigation system and the car.

Exactly in what direction the research group are heading remains to be seen. Marcus Liwicki is having discussions with other research groups trying to find an interesting and challenging path. One direction could be analyzing big amounts of data, not the least data from space. Another direction could be to analyze data from data centers, for example on how to reduce energy consumption and how to improve the workload of the machines.

– Another area I am interested in is document analyses and natural language processing. We had a small hackathon with the PhD students some weeks ago and according to the result, we are still the best in the world at intent classification, says Marcus Liwicki and concludes:

– This is a very exciting position for me. It is a big challenge but I really like that.