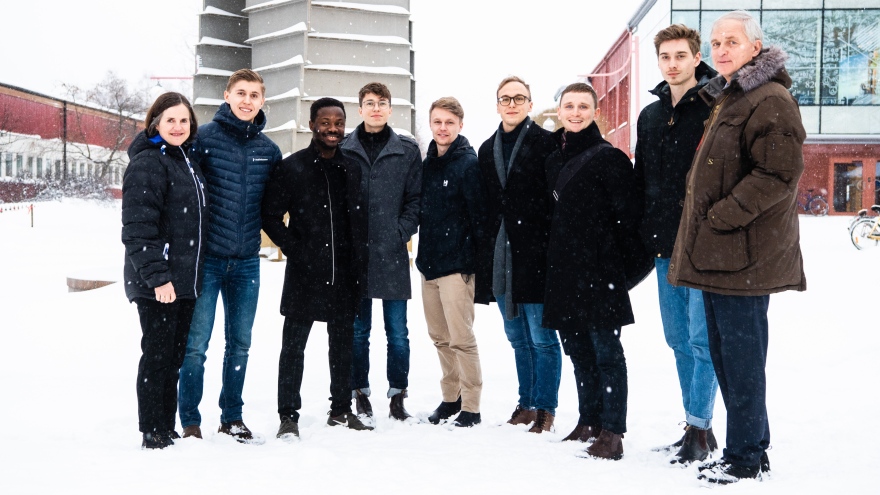 Secretary-General Edvard Fleetwood of the Sweden Japan Foundation recently visited Luleå to inform about the possibilities of applying for scholarships for degree work in Japan. One of the students who came to listen was Eric Danielsson, who is in his fourth year in the master programme in industrial and management engineering.
- Japan is obviously very interesting because they have come so far in digital development. It is tempting to go there to do the degree project to see how they work and get a more international network, says Eric Danielsson.

Ovako was acquired by Nippon Steel in 2018, one of the world's largest steel companies. The collaboration between the company and the Sweden Japan Foundation means that the foundation has committed to awarding a number of scholarships annually for three years to students who want to do their degree work at Ovako in Japan.
Edvard Fleetwood sees great potential in the students from Luleå and believes that they have been under-represented in the applications before. Something he hopes to see change in the future.
- Japan is a world leader in many of the areas in which Luleå University of Technology offers studies, says Edvard Fleetwood.

Marta-Lena Antti, professor and subject representative on materials technology, was positive to the meeting.
- It is a good opportunity for the students and fits hand in glove with the new education programme in metal forming that we are about to launch, says Marta-Lena Antti.
Pär Weihed, Pro Vice-Chancellor, also appreciated the initiative and says that Luleå University of Technology is working to strengthen the ties to the east.
- There is an ambition on behalf of the University to increase cooperation with Japan and South Korea. Of course, this is an exciting opportunity for the students, says Pär Weihed.

Students who receive a scholarship can look forward to paid travel and partly covered living expenses in Japan.