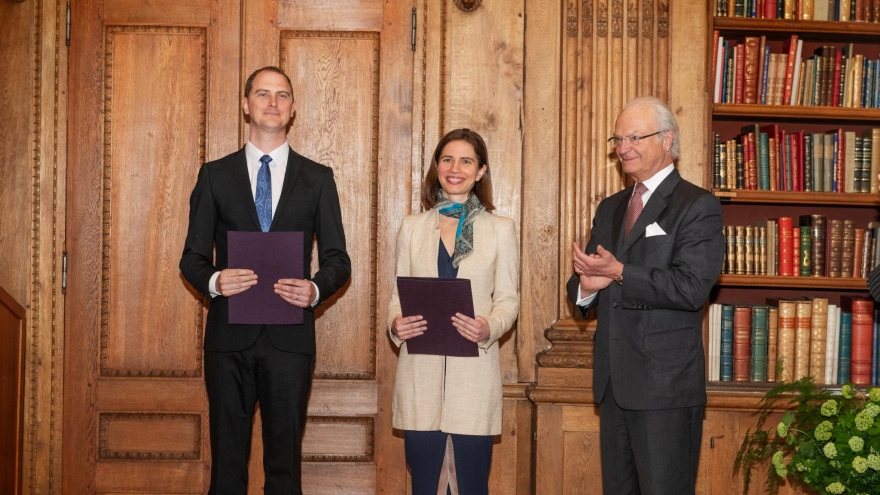 Daniel Stighäll is congratulated by the king. 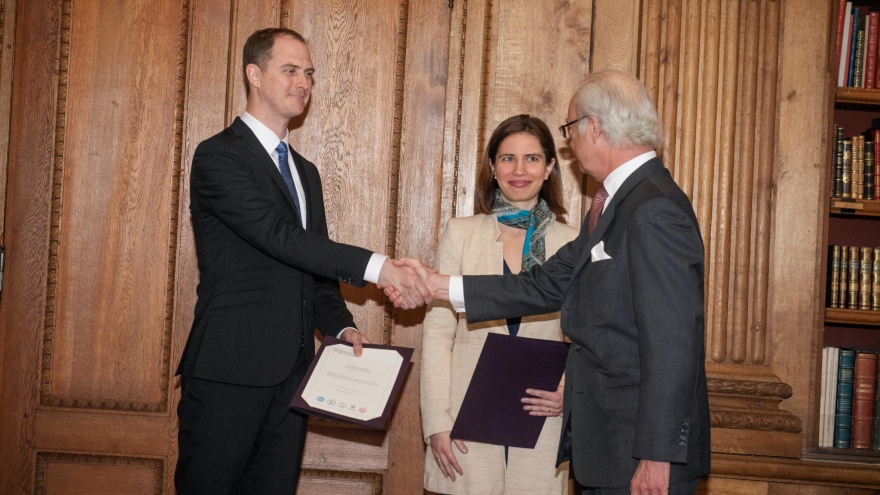 – It feels great and honorable! It was also an interesting experience to participate in the scholarship ceremony in the Bernadotte Library at the castle with the other fellow members and members from the five royal academies, says Daniel Stighäll who, in addition to the honor, also receives 75,000 SEK in prize money.

That his PhD student project is acknowledged by the Royal Musical Academy in the Bernadotte program Daniel Stighäll sees as a great opportunity to grow new contacts.

– It will mean a lot, not only for my PhD student project, I think, but also in the future. The idea of ​​the Bernadotte scholarships is that they are handed out to practitioners and / or researchers with projects that in some way link to at least one pair of academies. This gives us a great opportunity to connect between ourselves, and with the academies, which may be of importance further in our course.

An improvisational art that is sparsely documented

Daniel Stighäll is a trombonist and specialized in historical trombone models and historical behavioral practice in music and Renaissance imagery from the 1300s to the 1700s. He has conducted his doctoral studies at Luleå University of Technology since 2015.

– My PhD student project is partly based on studying the music dramatic genres that occurred before the first operas occurred in Italy in the late 16th century. The tradition I call "Parlar Cantando"  was in use at least since the 1300s, but in the early 16th century one can see a direct relationship with the opera recital, which is considered to be one of the basic conditions for the opera to occur, says Daniel Stighäll and continues.

– The parlar cantando tradition was an improvisational art, which is why it is so little documented, but it is known that so-called "ostinato" melodies were used as harmonious foundation for improvisations - short melodies repeated, similar to blues twelves. I have previously come into contact with these melodies in connection with my deployment in renaissance proclamation and see this entire form of conduct very interesting to study, partly the historical tradition, and how it can be used in a contemporary context in collaboration with Professor Jan Sandström and rap- artist Mollgan.

How do you experience the research environment at the School of Music at Luleå University of Technology?

– I do not know so much about how it looks at other colleges of music, so it's difficult to compare, but my opinion is that the research environment in Piteå is good if you look at its size. We are a good gang in musical performance that is helpful with each other. As our new professor Stefan Östersjö begins this autumn, it will be exciting to see what it means for us. He has expressed a thought about expanded cooperation with the research environment in Stockholm and since our respective research environments are so small and scattered across the country, I am very positive about that idea.