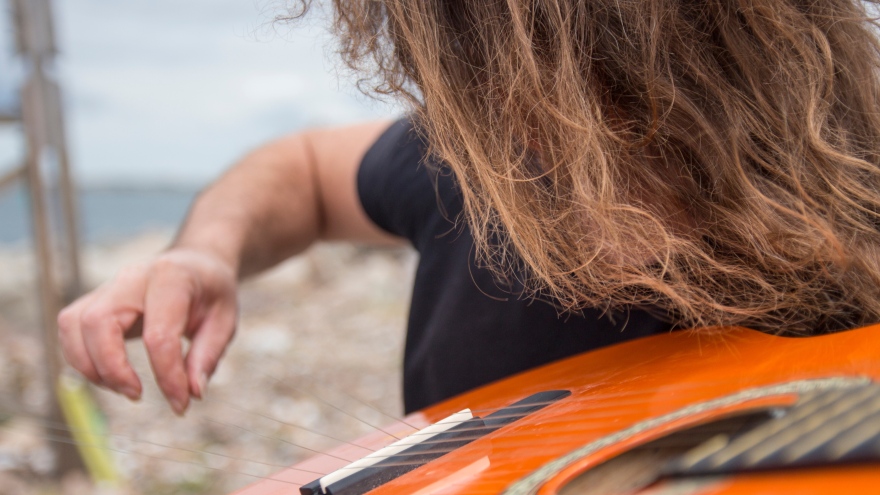 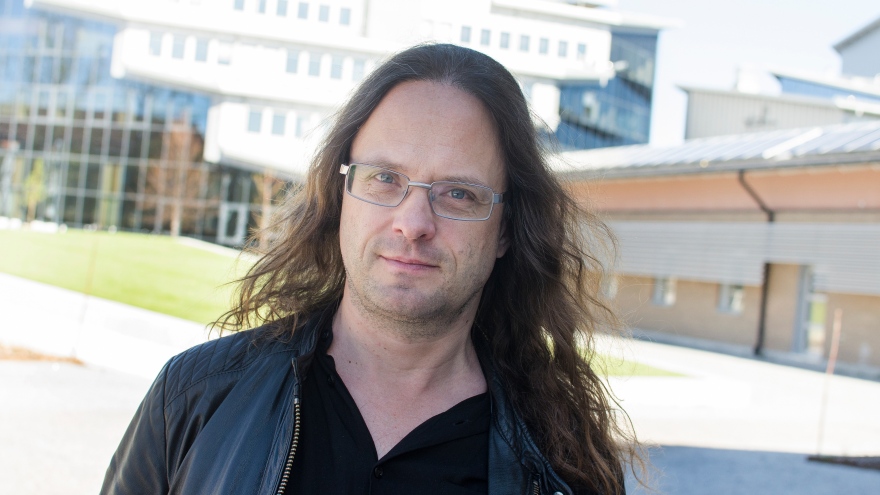 – With the help of sensors, hydrophones and an Aeolian guitar, wind, guitar and the surrounding sound environment created a unit that jointly navigated in the conditions that the place had in the moment, says Stefan Östersjö, professor of musical performance at Luleå University of Technology.

Direct interaction with a place

It was autumn 2018 that Stefan Östersjö together with Jan Berg, assistant professor of sound engineering at Luleå University of Technology and Anders Hultqvist, professor of composition at the Academy of Music in Gothenburg, visited Piteå Harbor to explore the sound environment and create sound art in direct interaction with a place. Through sensors in the ground, vibrations were captured and via a hydrophone in the water sound from the sea could also be recorded.

– During the days we worked there I also played Aeolian guitar, an instrument that is stringed up with long strings on which the wind activates flageoletter (a form of playing technique, eds note), says Stefan Östersjö and continues.

– Ecological sound art emphasizes human interaction with nature. Playing aeolian guitar is an excellent example of how this can take artistic expressions. In order to play an Aeolian guitar, the musician must place his own body weight against the instrument to achieve sufficient string tension. But the angle to the wind is crucial and the musician's position must be adapted to the wind direction. As a result, musicians, wind and guitar become a unit and expand the experience of a place beyond the boundaries of what we can immediately hear and see.

Premiere at the festival Intonal

Invisible Sounds started as a sub-study in a major research project with support from the Swedish Research Council, led by Professor Anders Hultqvist. The first version of Invisible Sounds was made during Gothenburg Art Sounds (GAS) in October 2016, where a six-hour public audio installation was performed in the industrial harbor in Gothenburg. In Piteå harbor, the research group instead focused on making recordings with the intention of primarily producing installations for galleries and concert halls. Premiere for Invisible Sounds: Piteå Port took place at Intonal, one of Sweden's largest electronic music festivals.

Stefan Östersjö sees ecological sound art as a way to create a greater understanding and awareness of human interaction with the environment.

– A project like Invisible Sounds can take the form of site-specific installations, or be shaped in other forms and presented in concert halls, galleries and other places. In this way, organic sound art can contribute to an increased awareness of ecological issues of a more general nature. We see it as a way to further develop the understanding of human interaction with our environment, a development that is most urgent.